Like most kids of the 80's, we didn't watch Magnum, P.I. That was one of those shows that was reserved for dad to watch as he sat in his recliner trying to stave off yet another long day at work. We'd always know when it was on because if there was one thing we did know about that show, it was the catchy guitar riff opening. We can hear the trumpets blaring in our head as we type this as the guitar jams in unison with it.

A little fun triva about the show was that Tom Selleck actually turned down the roll of Indiana Jones to take the role of Magnum. Though the series did pay off well for him during its eight season run, it's a curious what if scenario. Would Indiana Jones have spawned such a well known franchise with Selleck in the lead roll? Would Magnum, P.I. have been as successful without him?

Because the show wasn't necessarily geared towards young kids, it was sort of odd that LJN produced a series of toys for it. Much like Kenner's Knight Rider (or Knight 2000) line, this particular series of toys didn't encompass any one particular style of toys. It started with a single carded action figure, which was then also packaged in with the one and only vehicle the figure fit inside - Making the carded version pretty obsolete. 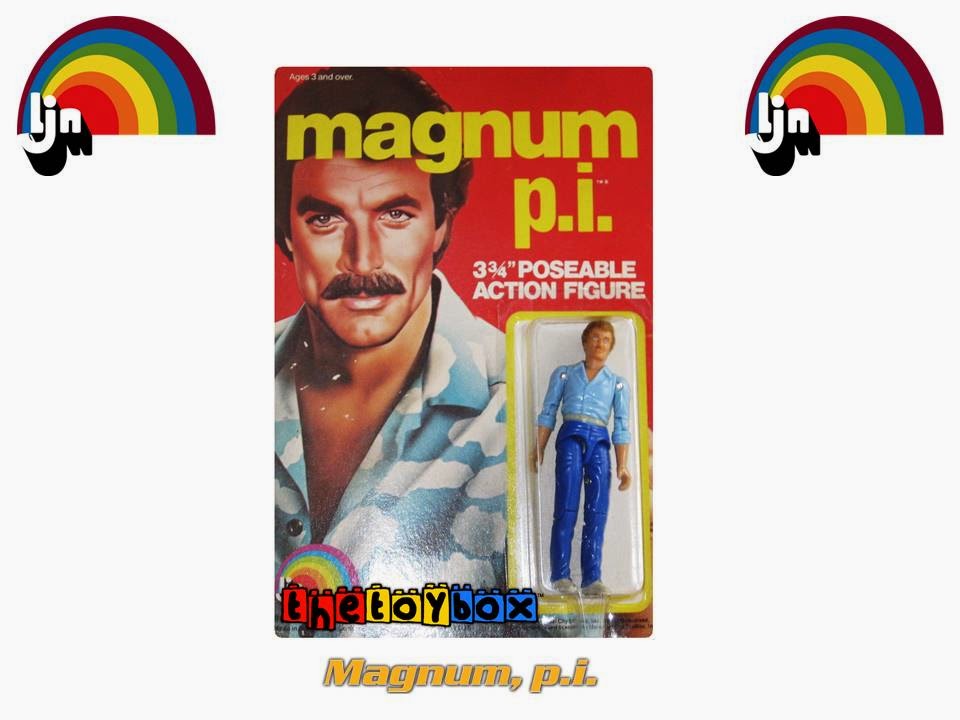 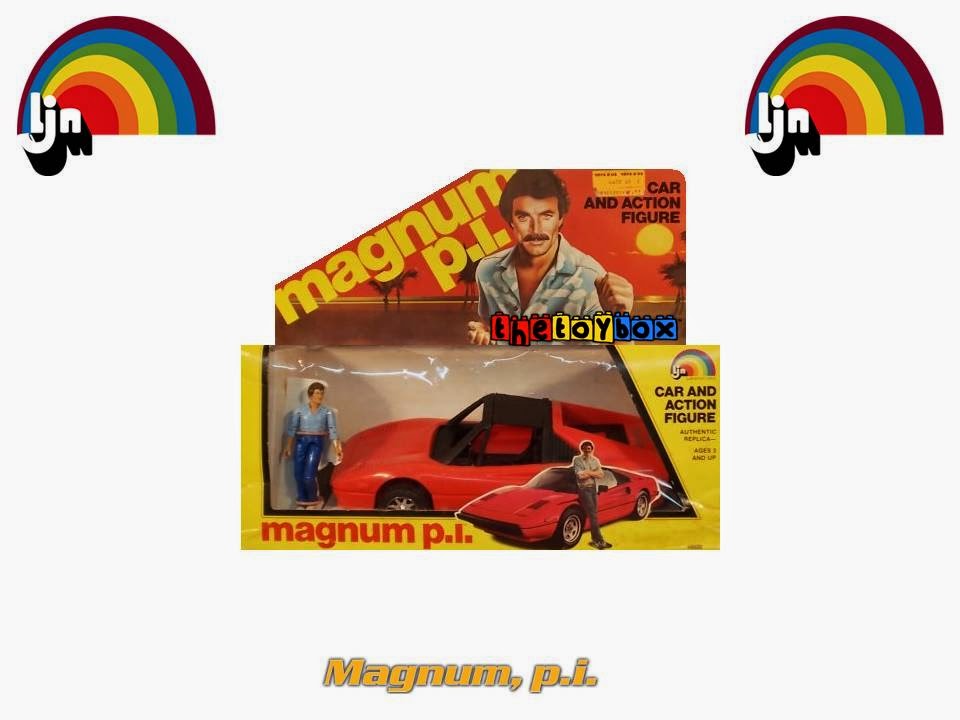 VEHICLES
Car and Action Figure
The series then switched gears to the smaller Rough Riders, a popular ﻿style of cars already being produced by LJN at the time. The major selling point of the cars were their side wheelie action and real working headlights. 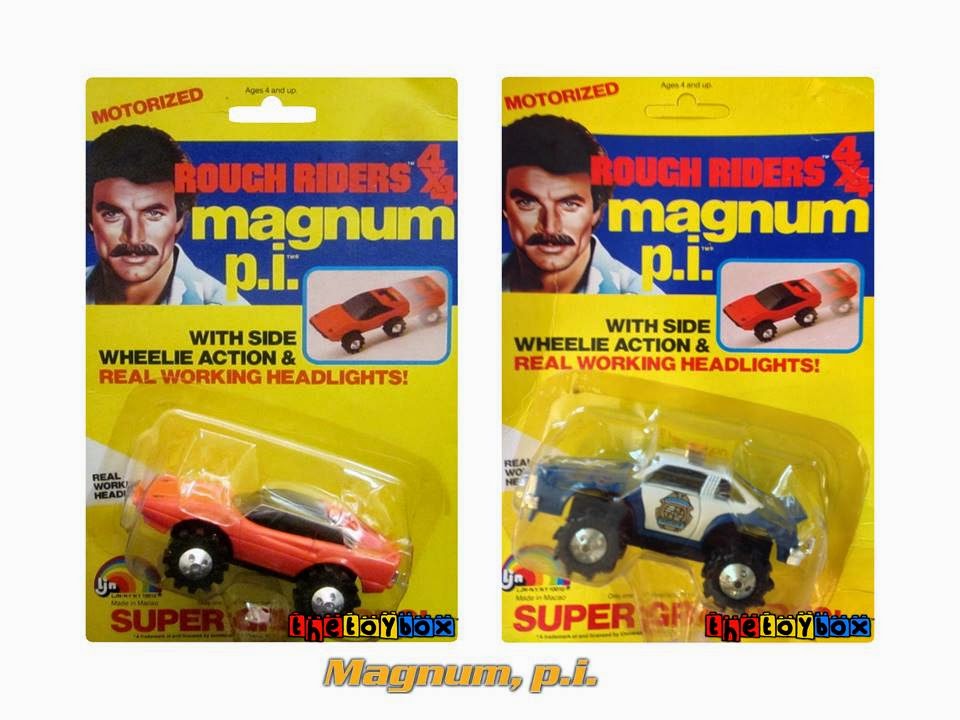 ROUGH RIDERS
Ferrari*Police Car
Another style of toy cars for the Magnum P.I.﻿ series was the even smaller Stunt Riders - Another popular style of car which was already being produced by LJN. These mini cars could do multiple types of wheelies as well as spin in circles, then take off in a somewhat straight line.
The back of the packaging advertises that not only was the Stunt Rider Ferrari available, but also a police car. To date we have never seen the police car version, and cannot guarantee if it even exists. If anyone has any information on this particular item, please contact us at thetoybox1138@gmail.com. 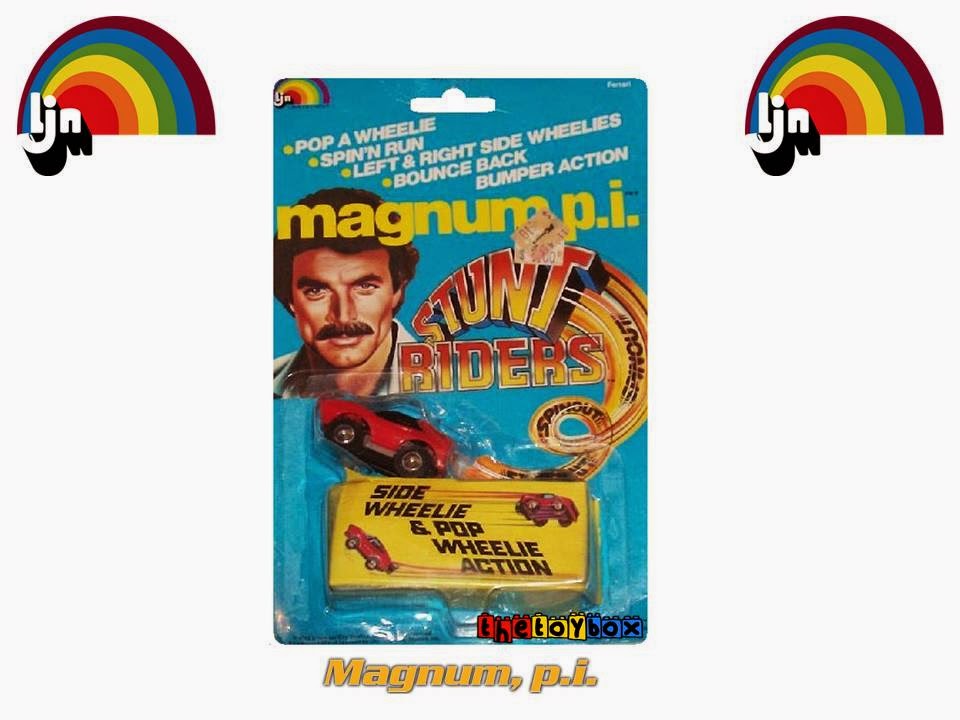 STUNT RIDERS
Ferrari
One of the rarest piece to come by is the Magnum P.I. Torture Trail from the Rough Riders 4X4 series.﻿ 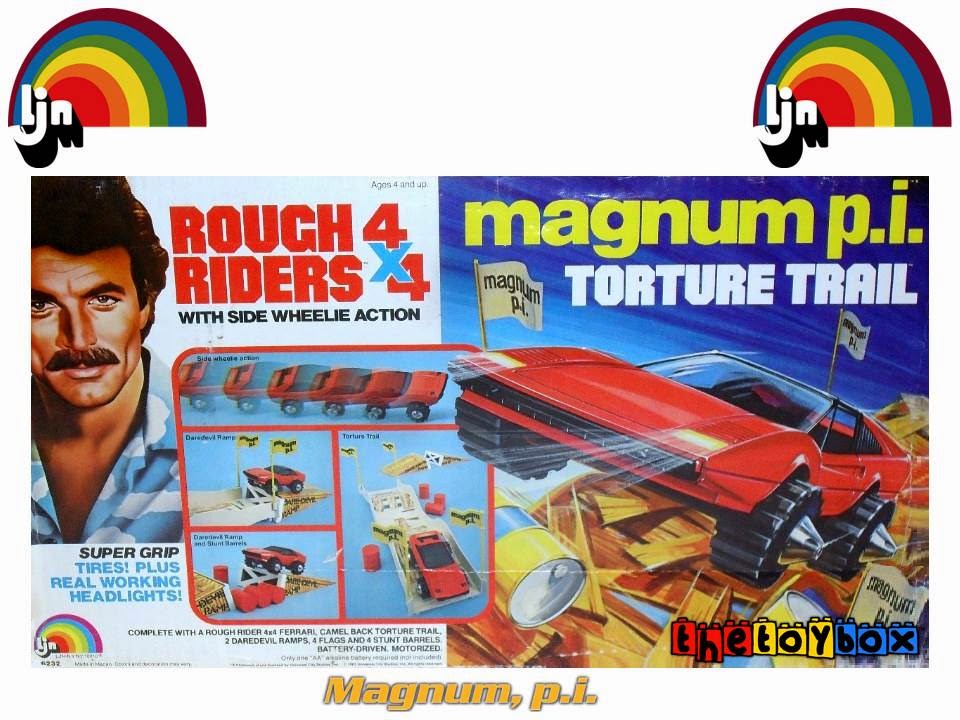 Join us next time when we take a look at Gremlins!

Click "HERE" to go back to the home page. For more posts related to this one, please click the labels below.
Posted by The Toy Box on October 06, 2014
Email ThisBlogThis!Share to TwitterShare to FacebookShare to Pinterest
Labels: 1980's, LJN, Magnum PI, Tom Selleck