Continuing our look at Mattel's 1978 releases, we come to a somewhat continuation of our last post a la TV's Grizzly Adams. Much like the prior discussed TV's How the West Was Won line, these particular dolls were developed utilzing the same parts and pieces (pilfered from Mattel's Eurpoean Big Jim line).

From 1977 to 1978, NBC was host to the Grizzly Adams television series which continued the adventures of the character from the 1974 film The Life and Times of Grizzly Adams, which in and of itself was an adaptation of the novel of the same name. Though the series only ran for two season, concluding with the two hour theatrically release film, Once Upon a Starry Night, the show had a finite ending in 1982 with the made for TV film, The Capture of Grizzly Adams.

Only two dolls were produced by Mattel; Grizzly Adams and Nakoma. A set known as Grizzly Adams and Ben is listed on the back of the packaging, but to date we have not seen any proof of the item existing. If you have a mint in package one that you could share some good photos of, we'd love to add it to our post. Please send the photos to thetyobox1138@gmail.com. We will credit whoever sends them in this post. Thanks! 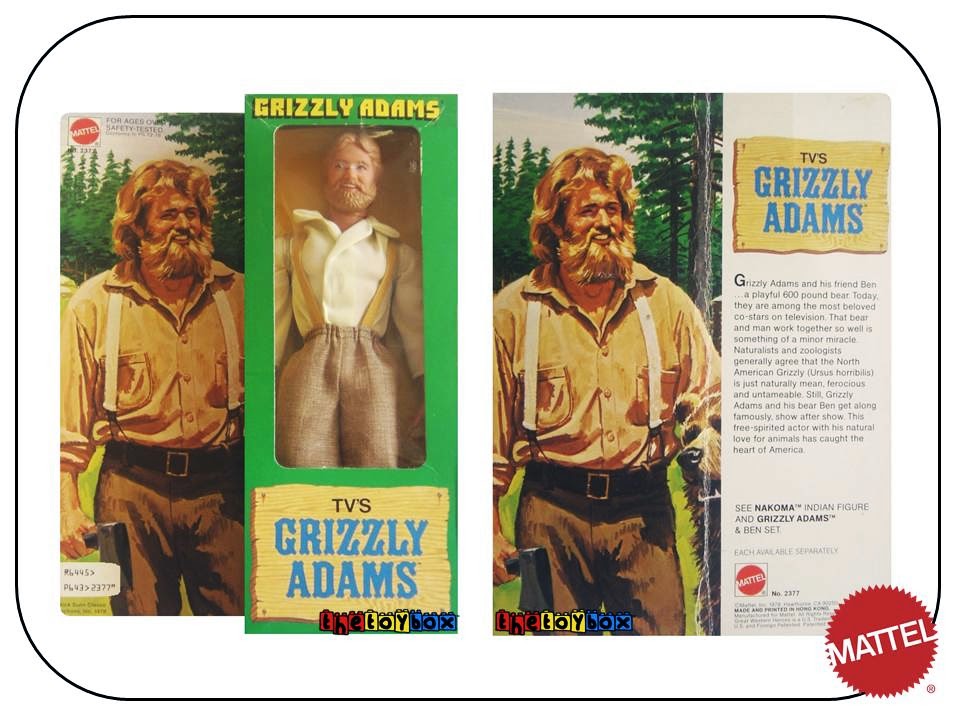 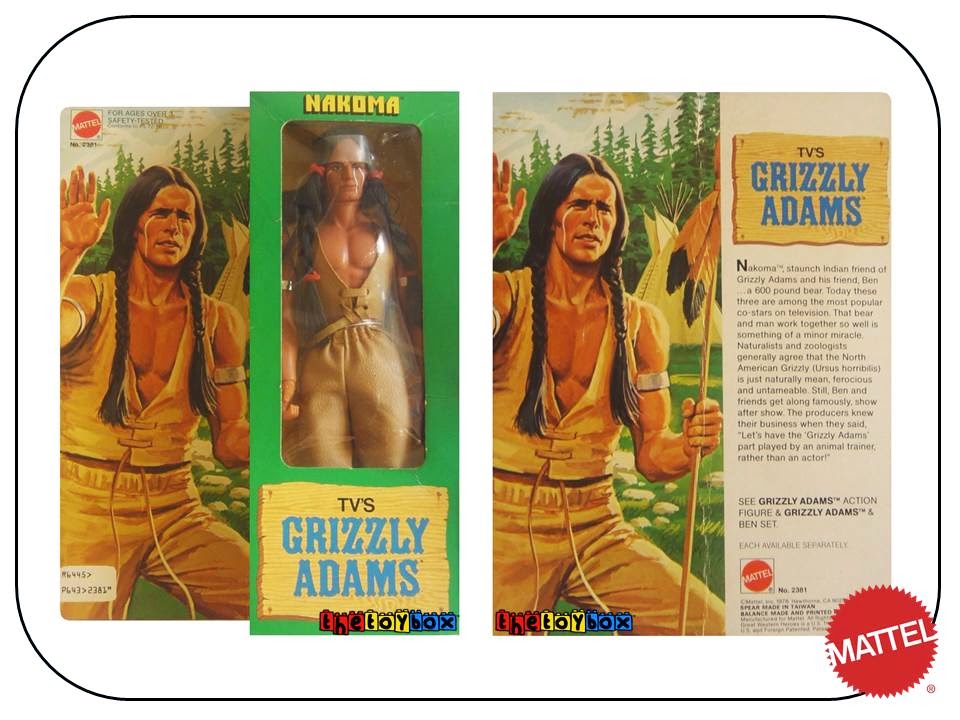 Join us next time when we take a look at Mighty Muggs - G.I. Joe!

Click "HERE" to go back to the home page. For more posts related to this one, please click the labels below.
Posted by The Toy Box on October 16, 2014
Email ThisBlogThis!Share to TwitterShare to FacebookShare to Pinterest
Labels: 1970's, Grizzly Adams, Mattel, TV's Grizzly Adams