Masters of the Universe Mini-Statues (NECA)

We never thought there would come a day when Mattel would allow anyone else to produce items based on their coveted Masters of the Universe property. That's why in 2005 when NECA first produced the all new Mini-Statues line, fans were not only surprised, but also excited to see the reputable company at the helm of some of the most fantastic sculpts based on the characters to date.

What's odd about this particular line of statues is the pieces that NECA chose to produce. Staples such as Skeletor, Beast Man, Man-At-Arms, Tela and Orko never made their way to the series. In fact, with the exception of the 2007 San Diego Comic Con He-Man, there wasn't even a standard style of the main character created until the Battle Armor verion in the final wave, aka series six.

Though it has never been confirmed, a widely received explanation for this was that NECA was actually planning to produce only the figures that Mattel never got around to doing during the 2002 run of the Masters of the Universe line. Unfortuantely Mattel wouldn't allow them to produce fully articulated figures, and certainly not ones that they themselves had not released yet. As a result, NECA instead turned to the mini-statue concept.

The series ran for six waves which each contained three statues for a total of eighteen pieces. Each one was meticulously sculpted by the legendary group of sculptors known as The Four Horsemen. 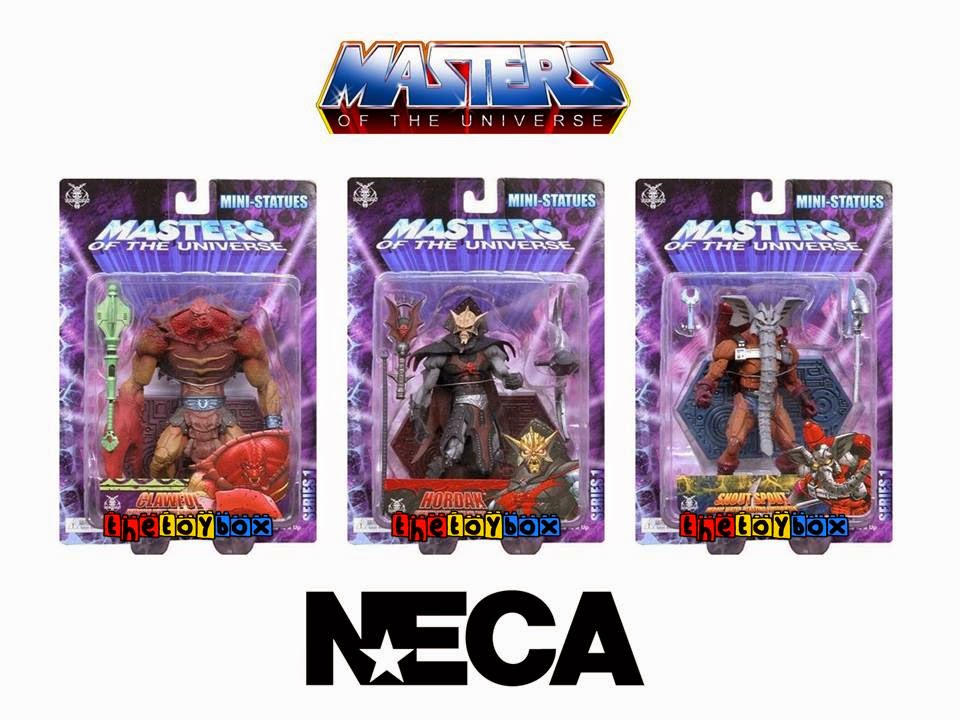 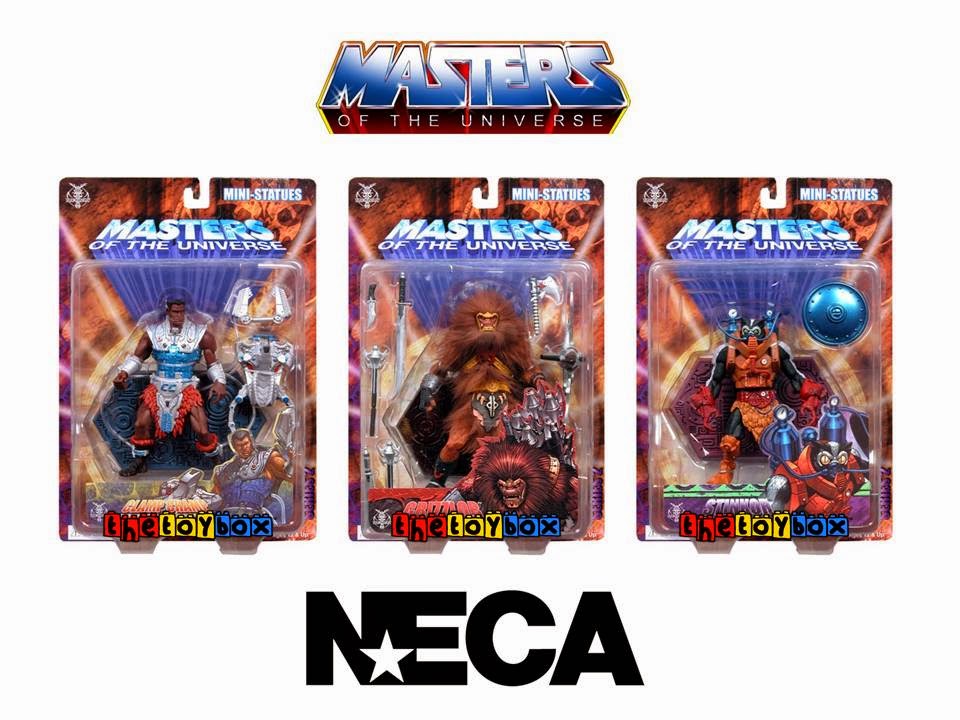 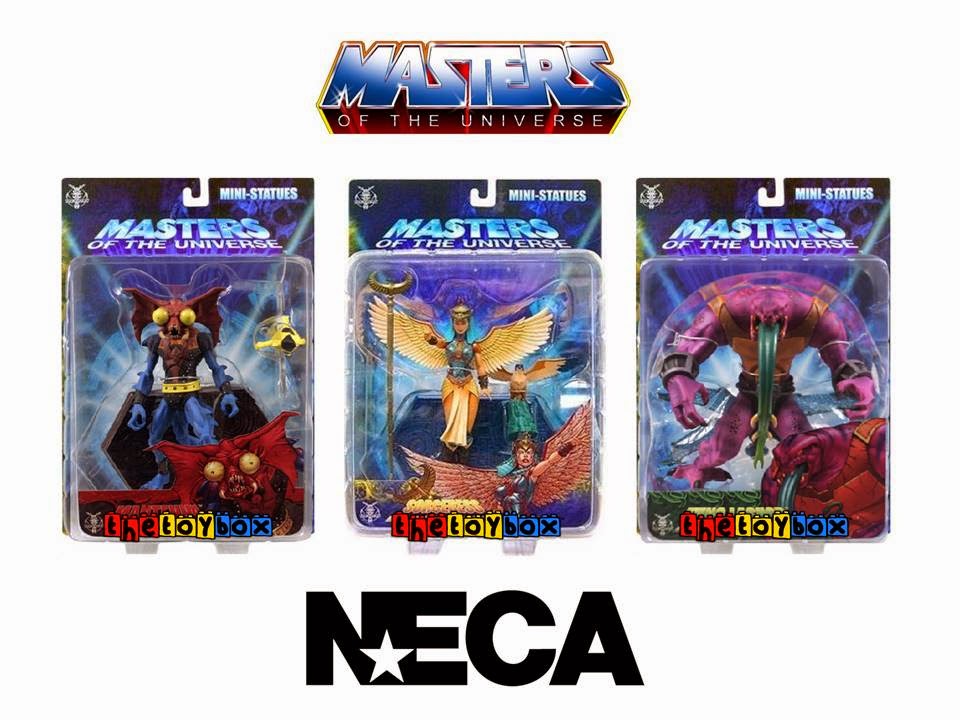 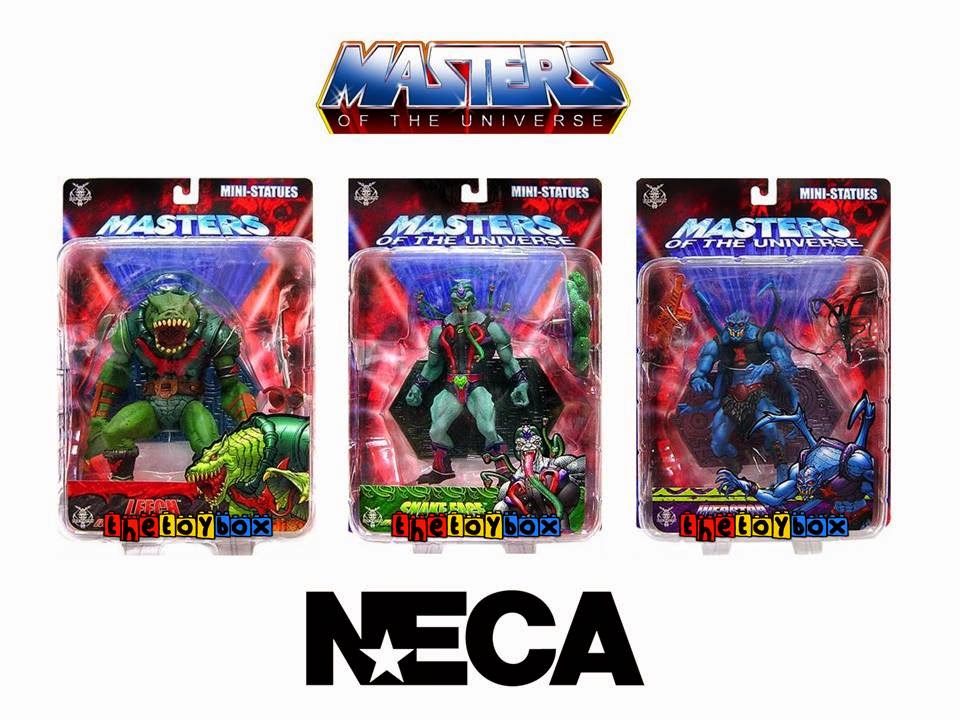 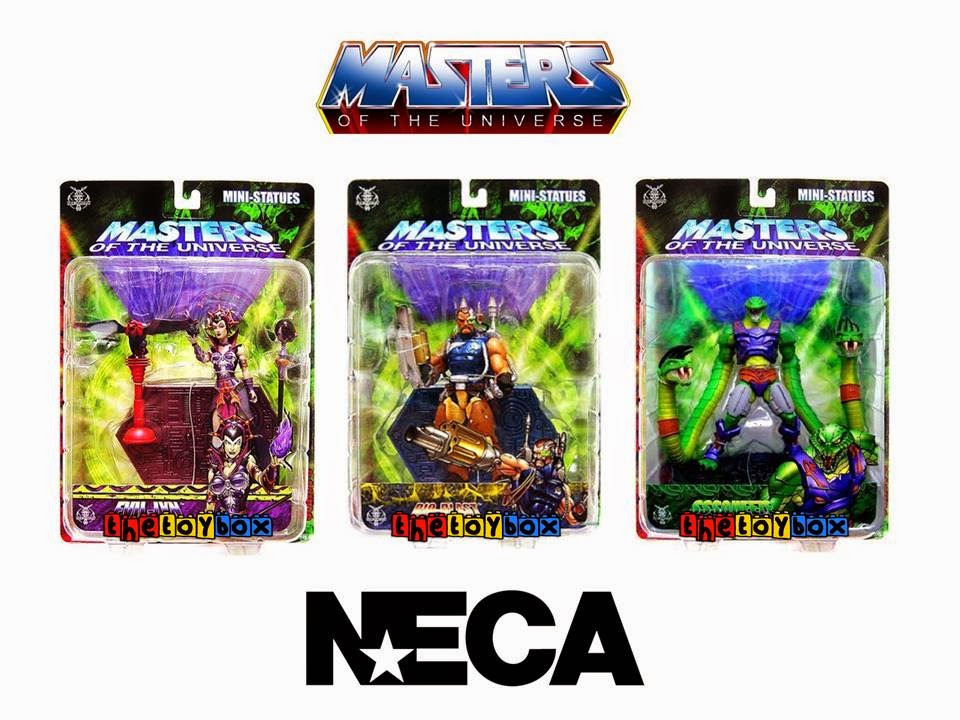 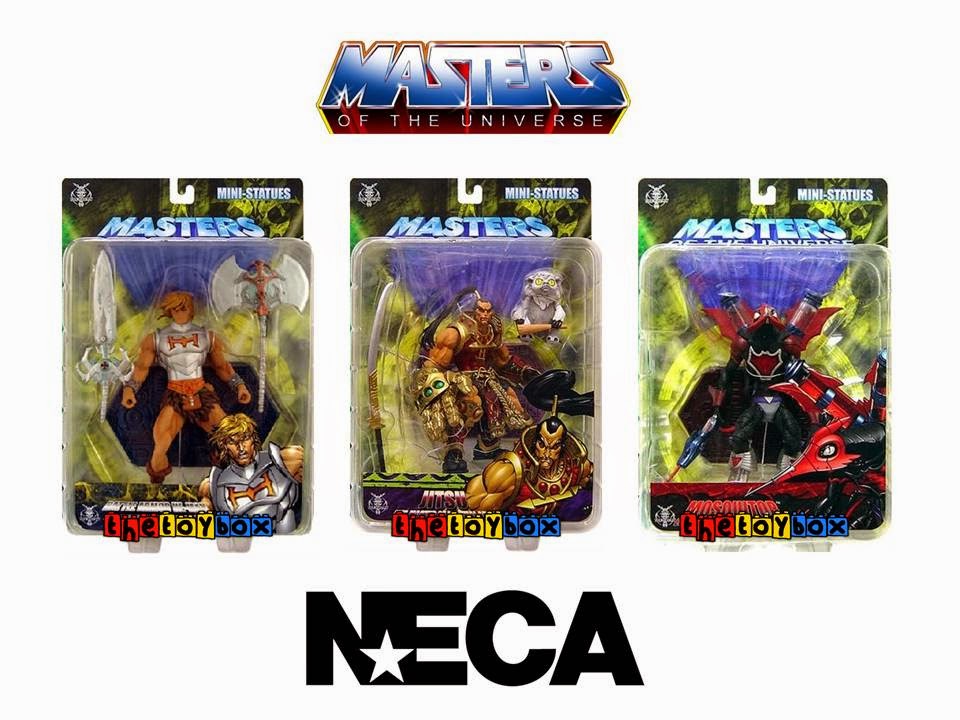 SERIES 6
He-Man (Battle Armor)*Jitsu*Mosquitor
In addition to the six waves above, five exclusives were made available via various vendors.﻿ 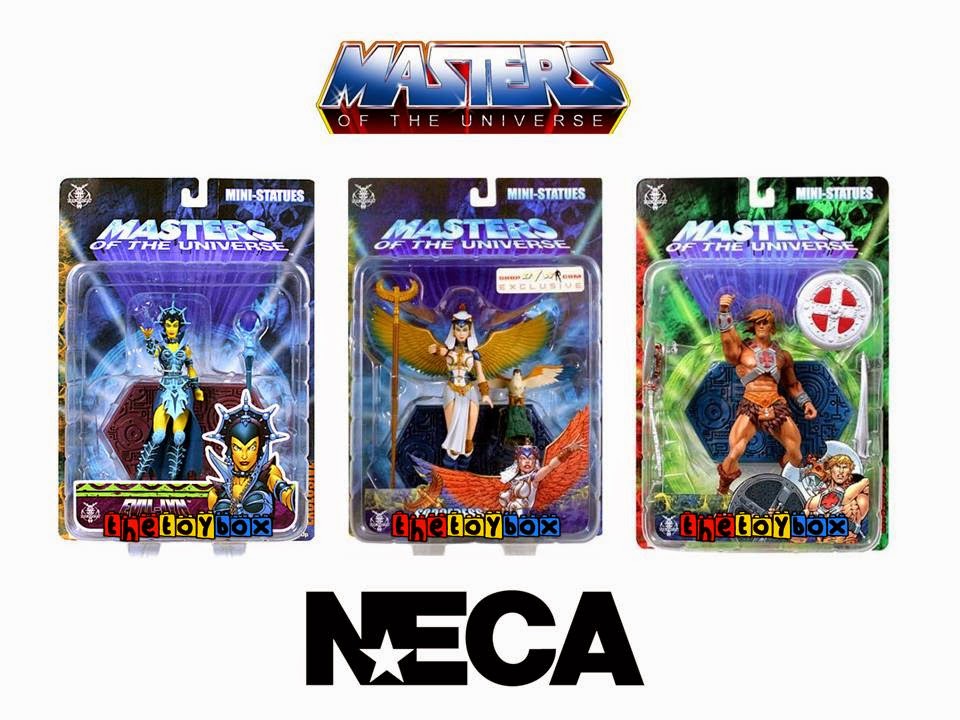 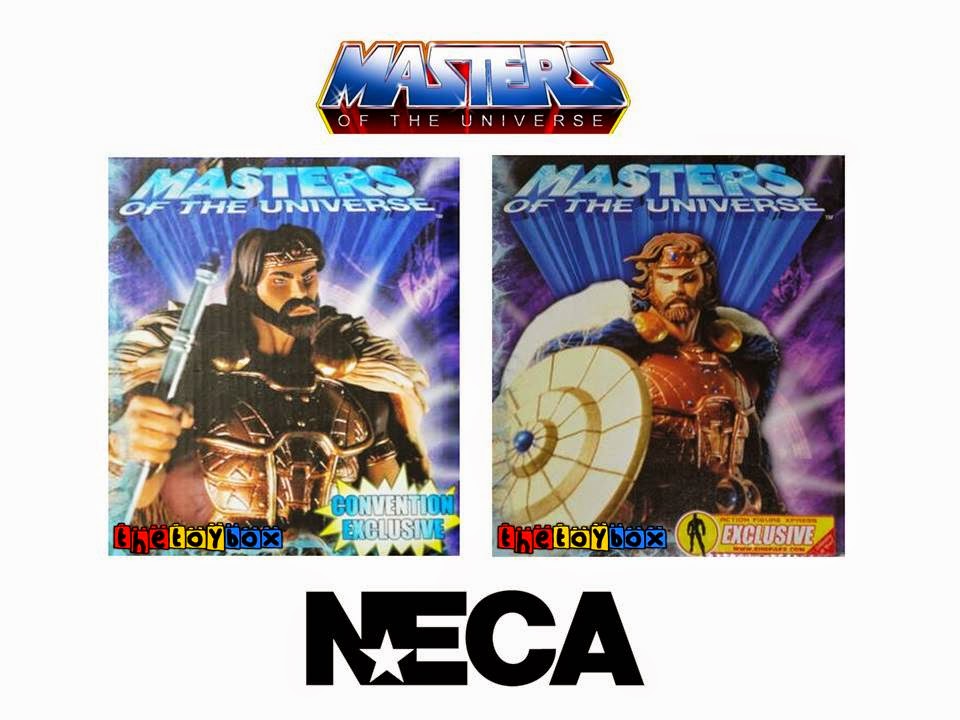 EXCLUSIVES
King Randor*King Randor
Fans were anxiously awaiting the two pack Faker and Cobra Khan pack when unexpectedly the set was cancelled, followed shortly by the series as a whole.﻿ 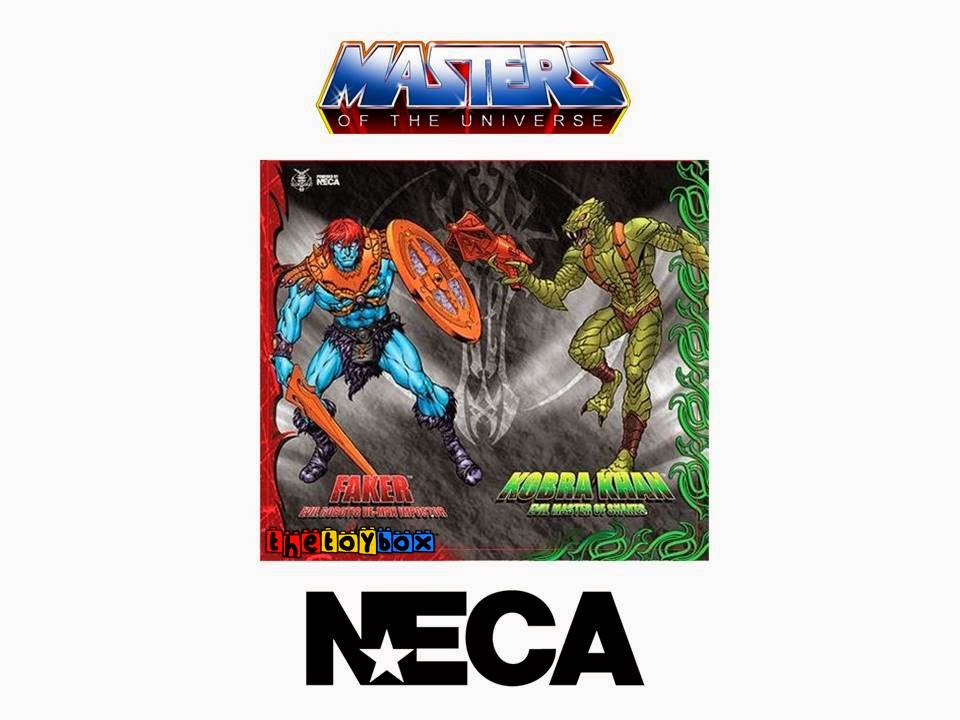 TWO PACK
Faker and Cobra Khan
In addition to the mini-statues line, NECA also branched out into busts and fifteen inch statues of various Masters of the Universe characters. It's in these much larger pieces that fans were finally able to get a Skeletor, along with some of the other well known villains such as Trapjaw and Triclops.

Join us next time when we take a look at Magnum, P.I.!

Click "HERE" to go back to the home page. For more posts related to this one, please click the labels below.
Posted by The Toy Box on October 02, 2014
Email ThisBlogThis!Share to TwitterShare to FacebookShare to Pinterest
Labels: 2000's, He-Man, Masters of the Universe, Mini-Statues, NECA