There's not much more we can really say about Thundercats in general that we didn't already say in our post based on the LJN figures "HERE".  Instead, what we wanted to talk about, but can't seem to find much information on is the company Kidworks who produced a series of miniature Thundercats figures and playsets in 1986.  Beyond that, the company doesn't appear to have done anything else.

Kidworks covered a lot of ground in the series, producing numerous popular characters which included all their iconic weapons.  The downside to this series was that the figures contained no joints, and much like the Tonka Willow series really offered nothing to play with for kids. 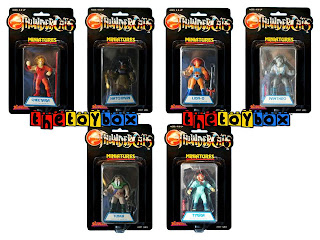 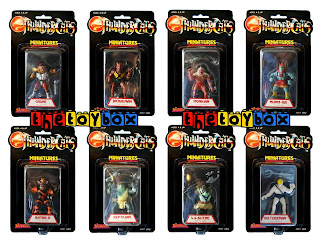 An incredibly difficult piece to find in the series is a boxed Snowman with Snowmeow.  It was the only figure/creature box set produced for the line.
﻿ 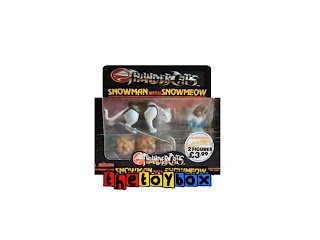 Two gift sets were produced in an attempt by Kidworks to sell more than one action figure at a time.  All the figures available in these sets were also available on individual cards. 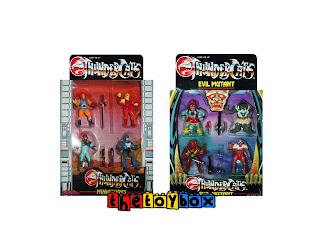 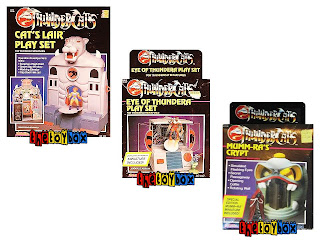 The final piece for the series was a packaged assortment of weapons.  Sadly, these weapons were just an assortment of what already came with the individual figures. 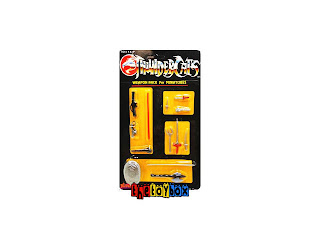 Today this series is incredibly popular among Thundercats fans who seek to add a unique piece to their collection.  If only this kind of demand for the series was around when the series was first produced, perhaps we would have seen many more figures prior to the series end.

Join us next time when we take a look at Welcome Back, Kotter!

Click "HERE" to go back to the home page. For more posts related to this one, please click the labels below.
Posted by The Toy Box on January 20, 2014
Email ThisBlogThis!Share to TwitterShare to FacebookShare to Pinterest
Labels: 1980's, Kidworks, Thundercats Miniatures