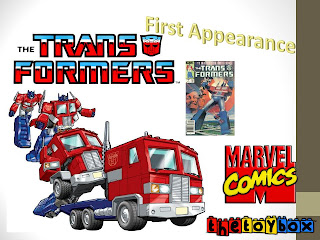 The history of The Transformers and Marvel Comics begins in 1984 with the 1st mini series issue, though Marvel is certainly only one of the many comic companies who have held the license, and produced several books based on the characters.  The first two issues took off quickly among young readers, and grew even more popular with issue three featuring Spider-Man in a cameo appearance.  With the story arc's conclusion in issue four, fans were eager to have more books, and Marvel was more than willing to comply.

Eighty issues encompass what is known as the Generation One series of Transformers comics.  In its entirety, the series ran from 1984 to 1991, where it sadly met the same fate as so many other popular boys toys lines of the 80's - Kids grew up, and lost interest. 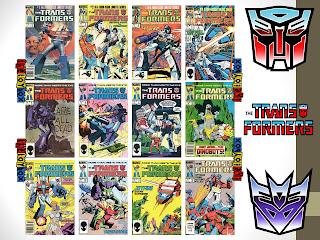 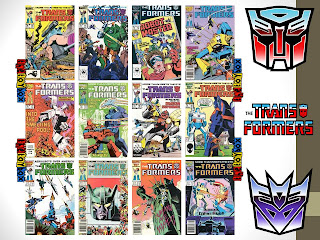 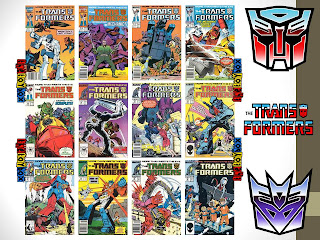 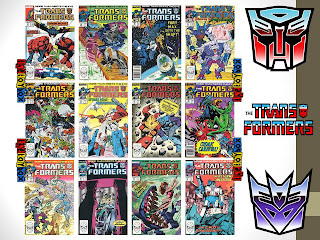 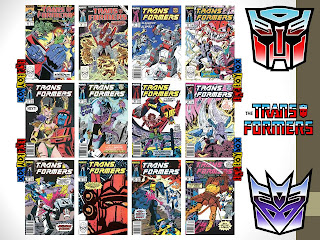 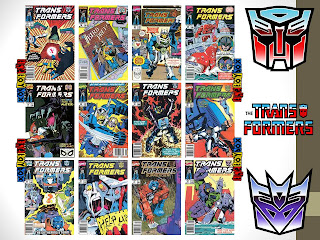 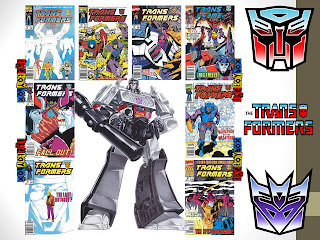 During the late 1980's, Marvel ensured that fans got all the Transformers their little eyes could take in.﻿  This was achieved via numerous additional mini series which ran side by side with the monthly series.  The first was the highly popular, yet traumatizing three issue mini series of Transformers The Movie Adaptation produced in 1986.  To this day many children remember crying during the movie, or comic book adaptation as Optimus Prime meets his end at the hands of Megatron. 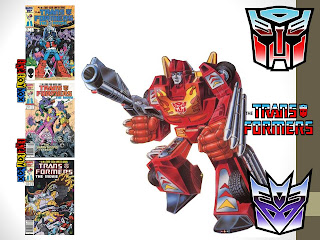 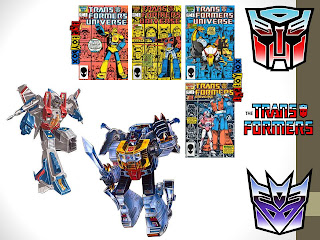 In 1987, Marvel combined two of its hottest kids show entities when it produced the four issue mini series, G.I. Joe and The Transformers.  This was actually the first time that Transformers were referred to as "The" Transformers in comic book format.

Because the G.I. Joe series from Marvel was more "serious" in nature when it came to the stories (as opposed to the Transformer series), this crossover series featured very violent scenes, and was touted for the more mature reader.  Though the series is riddled with continuity issues should one be a fan of both titles. 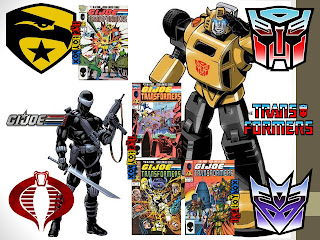 At the tail end of 1987, and concluding in early 1988, Marvel produced the mini series Transformers Head Masters.  This series was key as it helped to introduce several new characters into the ongoing monthly series, and to date features one of the best story arcs in any Transformers book. 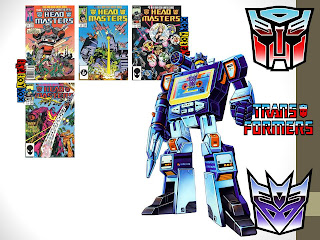 In 1993, Marvel tried to re-launch The Transformers with the all new Generation Two series.  This series focused on bringing back the characters that many fans were sad to see go throughout the original series, and took a more serious approach to the stories.  Sadly it wasn't enough to bring the fans back, and the series lasted for only twelve issues. 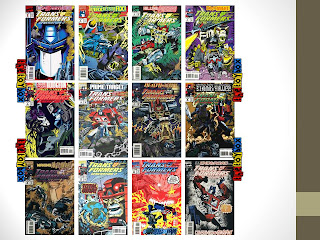 With the New Millennium came a resurgence in nostalgia for many children of the 80's.  We remembered all those great toys and cartoons we had, and for many of us, we wanted those years back.  As the popularity of collecting our toys from our childhood grew, so to did our interest in the comic books we once had.  With it came all new stories of our favorite characters.

Marvel stepped back into the spotlight with the poorly received The New Avengers/Transformers mini series which ran for four issues. 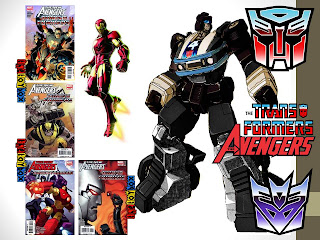 At the time of this writing, these have been the last issues of The Transformers produced by Marvel Comics.

Prior to Marvels Avenger tie in series, from 2002 to 2004, Dreamwave Productions brought us all new stories in comic book format, all with great artwork and to an extent, more mature themes to help keep us interested.  Though the series was successful, it wasn't enough to keep this small, new company alive, and Dreamwave sadly filed for bankruptcy in 2005.

Today an all new series of books is being produced by IDW, but none more so well received as Transformers: Regeneration One.  This series is highly popular not only because it focuses on the Generation One era of Transformer, but also because it started with issue 81, right where the original Marvel series ended. 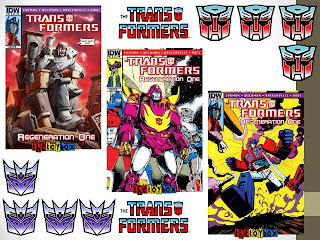 Join us next time when we take a look at The Love Boat!