Having never seen The Love Boat, we're still a little confused about what the series was all about.  From what we can gather, it appears to be a show about a cruise ship which starred a regular recurring cast of crew members, and featured passengers which mainly comprised of popular stars of the late 70's and early 80's.

The series ran for nine seasons which encompassed over two hundred episodes, and several specials, to and include the three Love Boat made for TV movies which aired prior to the series beginning.  Despite its wide popularity while originally airing and in syndication, sales of the DVD releases were poor at best, and to date only season one and two have been released with no known plans to release any further seasons.

In 1981, Mego produced one of the companies final series of toys based on the show.  Sadly, it wasn't a very prosperous move for the company which was already quickly backpedaling to avoid bankruptcy at every turn.  Despite the shows popularity, The Love Boat wasn't considered a show for children, and as a result the toys were not popular among them. 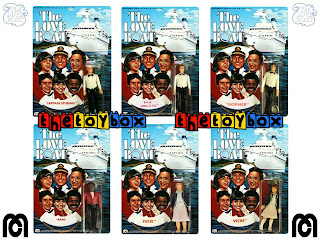 In 1983, Canadian company Grand Toys produced the playset intended for the Mego series.  The playset was only available in Canada. 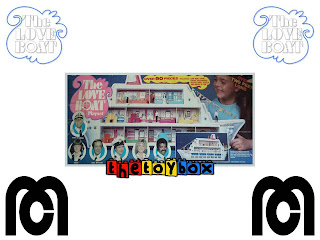 Sadly for Mego, by 1982 the company was forced to file for bankruptcy, and by 1983 was officially out of business.  The sad truth for Mego is that they could have been one of the most successful toy producers to date had founder David Abrams not passed up the golden opportunity presented to him in 1976 to produce toys based on a little known movie by the name of Star Wars.

Join us next time when we take a look at Thundercats Miniatures!

Click "HERE" to go back to the home page. For more posts related to this one, please click the labels below.
Posted by The Toy Box on January 16, 2014
Email ThisBlogThis!Share to TwitterShare to FacebookShare to Pinterest
Labels: 1980's, Mego, The Love Boat