Battlestar Galactica was created by Glen A. Larson and adapted into an original television series in 1978.  This was later followed by a second series in the 80's entitled, Battlestar Galactica 1980 as well as a line of book adaptations, novels, comic books, board games, video games and toys.

After its cancellation, Battlestar Galactica saw a boost in popularity in 2003 with an all new mini series and weekly television series.  Since then, several spin-offs have been produced which include the prequel series Caprica, and the all new Blood and Chrome.

The series revolves around the human race which has separated into twelve colonies who are all engaged in a war with a race known as the Cylons.  The Cylons have only one goal - eradicate human kind.  When the war begins, the humans flee their destroyed planet, and begin their struggle for survival from the ever pursuing Cylons as they seek out the fabled thirteenth colony hidden on a mythical planet - Earth.

Between 1978 and 1979 Mattel produced a healthy variety of toys based on the series, but oddly enough never got around to one of the main characters, Apollo.  This could possibly have been because the actor, Richard Hatch, never gave his approval to use his likeness.  Unfortunately we just don't know. 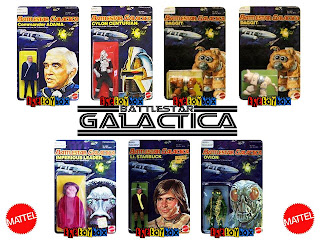 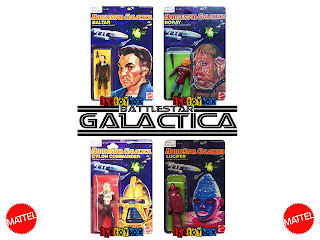 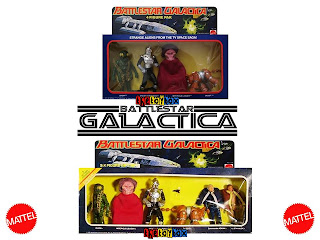 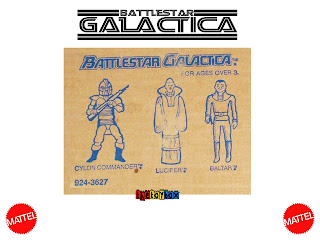 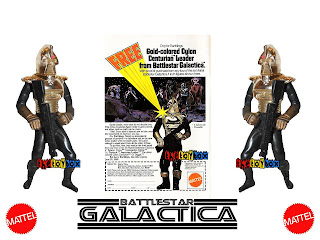 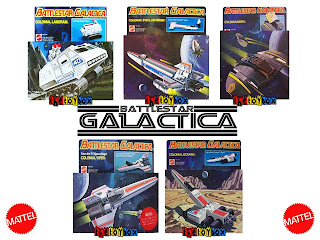 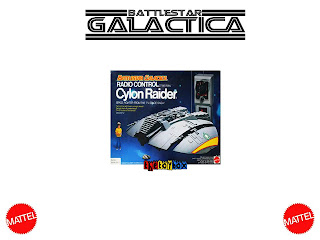 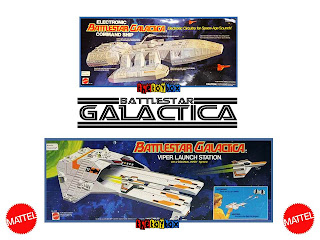 
Join us next time when we take a look at Marvel's Transformers!

Click "HERE" to go back to the home page. For more posts related to this one, please click the labels below.
Posted by The Toy Box on January 09, 2014
Email ThisBlogThis!Share to TwitterShare to FacebookShare to Pinterest
Labels: 1970's, Battlestar Galactica, Mattel