The World Of Annie
Knickerbocker
1982

There are few musicals we would actually admit to liking, and oddly enough Annie is one of them. The film featured a great cast, memorable and catchy songs, and a story which leaves even the hardest of men weeping for the young orphan. It's a classic for a reason.

Since the film debuted, there have been numerous products released to coincide with it. Once such item is Knickerbocker's line of six inch dolls (they also made a miniature figure set). The line featured five different dolls (plus a variant of Annie which contained a locket), numerous sets of clothing, a vehicle and a massive playset.

While the series covers the main cast of characters Annie eventually adopts as a family, it doesn't veer much beyond this with the exception of Annie's friend and fellow orphan, Molly. We would have loved to seen characters based on Carol Burnett's Miss Hannigan, and Tim Currey's "Rooster". Even then, that's just the tip of the iceberg as compared to the numerous characters which could have been included.

Still, if you're a fan of Annie, you'll find something to appreciate with this line. 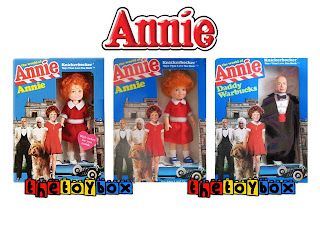 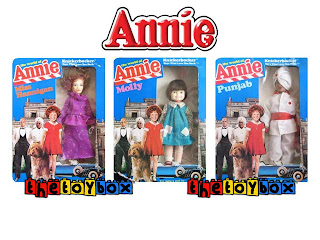 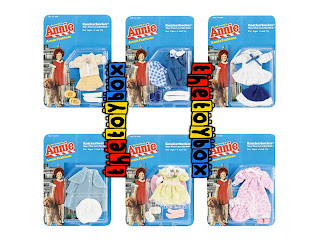 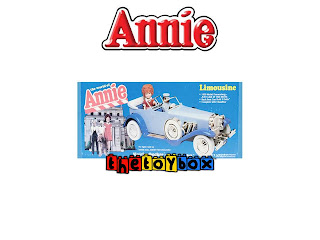 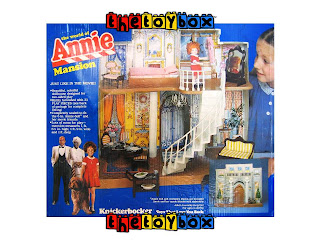 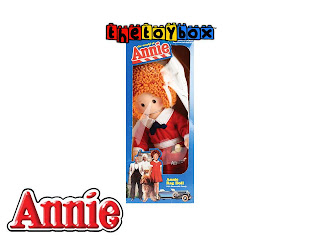 Join us next time when we take a look at Ooze-It!

Click "HERE" to go back to the home page. For more posts related to this one, please click the labels below.
Posted by The Toy Box on September 09, 2013
Email ThisBlogThis!Share to TwitterShare to FacebookShare to Pinterest
Labels: 1980's, Annie, Knickerbocker, The World Of Annie