Defenders Of The Earth (Galoob)

Defenders Of The Earth
Galoob
1985

Defenders of the Earth was a spectacular culmination of three of the hottest series heroes of all time; Flash Gordon, The Phantom and Mandrake the Magician as they did battle against Ming the Merciless. The series ran for only one season which comprised of sixty-five episodes.

Coinciding with the animated show was a set of figures produced by the Micro Machine makers themselves - Galoob! Each carded figure came on its own unique cardback with fantastic artwork depicting the character inside. This is classic cardback representation right here! 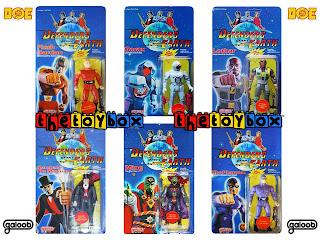 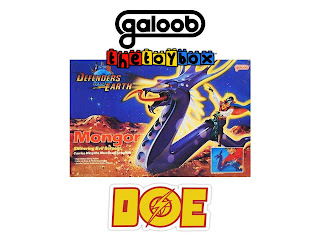 
What was fantastic about this series is how vehicle "heavy" it was. Galoob produced four in total in addition to the awesome giant creature above. There was definitely a lot of love invested into this line. 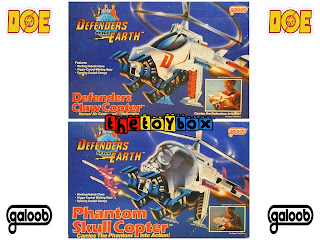 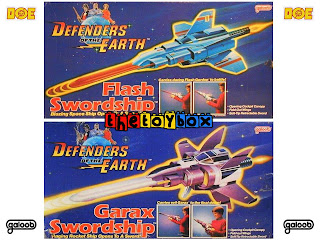 
Join us next time when we take a look at Over The Top!

Click "HERE" to go back to the home page. For more posts related to this one, please click the labels below.
Posted by The Toy Box on September 19, 2013
Email ThisBlogThis!Share to TwitterShare to FacebookShare to Pinterest
Labels: 1980's, Defenders Of The Earth, Flash Gordon, Galoob, Ming, The Phantom