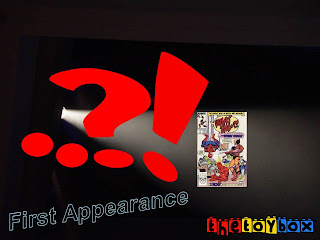 What The..?! was the ultimate parody book of Marvel's greatest heroes of the time, and featured fantastic fun stories from some the top artists and writers of Marvel at the time.  Steve Ditko, John Byrne, Erik Larsen, Jim Lee, Joe Quesada, and even Stan "The Man" Lee himself contributed to the series. 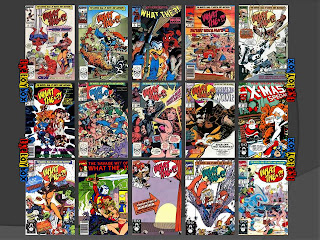 The books themselves featured comical versions of classics such as Spider-Man (Spider-Ham), The Punisher, (The Pulverizer), Tony Stark (Tony Stork), and even crossed over to other comic companies to parody Lex Luthor and the Teenage Mutant Ninja Turtles.  There was no continuity from each issue to the next, and of course, none of it was considered cannon in the Marvel Universe.

The gags didn't end with just the characters though.  Though it carried the Marvel Comics label in the top left corner of each book, the series touted itself as being released by Marble Comics.  Flipping through the book would reveal several gag advertisements in place of the sponsor paid ads, and the last few pages parodied the infamous Marvel Mailbag where readers could write in, and if lucky, be printed and receive an answer. 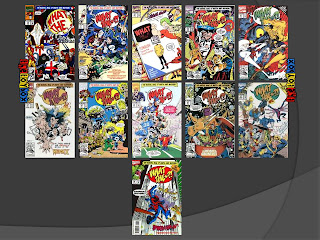 The title was initially developed as a four part mini series which ended in November 1988, but at the end of the fourth book fans were encouraged by Fred Hembeck to write Marvel Comics if they wanted to see more.  In July of 1989 the series returned picking up with issue five.

In 1993 the series concluded with issue number 26.  It appeared that despite fans writing in to see the series return, those fans slowly dwindled in support, which resulted in continued decreasing sales.

Today, complete sets of What The..?! are few and far between, but can still be purchased for a reasonable amount when they surface.  The average set sells for between $25.00 and $50.00, depending on condition.

Join us next time when we take a look at Scud The Disposable Assassin!

Click "HERE" to go back to the home page. For more posts related to this one, please click the labels below.
Posted by The Toy Box on May 02, 2013
Email ThisBlogThis!Share to TwitterShare to FacebookShare to Pinterest
Labels: Comic Books, Marvel Comics, What The