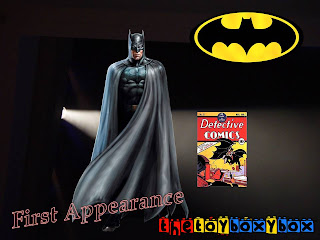 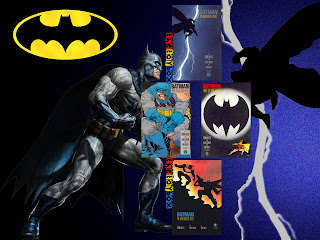 DKR tells the story of a now 55-year old Bruce Wayne who comes out of retirement to once again dawn the garb of Batman.  However, what he finds is a new Gotham City.  A Gotham City that doesn't necessarily want him - or at least the police force, and United States government due to the banning of all superheroes.  While no specific time period is mentioned, the book states that it has been a full decade since the last sighting of Batman.

Carrie Kelley, after being saved by Batman purchases a knock off Robin suit, and seeks out The Dark Knight in hopes of joining him.  She finds him facing the entire gang of Mutants, and helps him not only win, but get away, cementing her role as the next Robin.

The series also features such notable villains as Two-Face and The Joker.  The final outcome with The Joker is so amazing that we won't ruin it for anyone who wishes to read the series - In fact, the remainder of the series is so good we won't spoil it for you.  Suffice to say, if you haven't read this series, and you enjoy Batman even by .00000001%, you should check this series out.

Join us next time when we take a look at Marvels!

Click "HERE" to go back to the home page. For more posts related to this one, please click the labels below.
Posted by The Toy Box on May 23, 2013
Email ThisBlogThis!Share to TwitterShare to FacebookShare to Pinterest
Labels: Batman, Comic Books, DC Comics, Frank Miller, The Dark Knight Returns