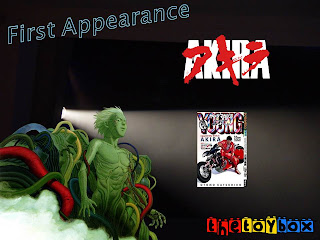 Katsuhiro Otomo's Akira was initially released in 1982, and chronicled in serial format in Young Magazine, which is still published today in Japan.  When it concluded in 1990 the series was collected in six volumes, and released by publisher Kodansha. 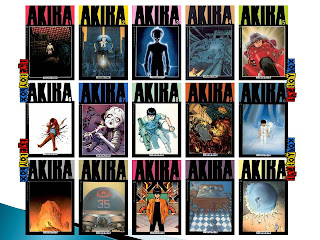 When it crossed the ocean in 1988, it quickly took American's by storm, causing a major boom in the hearts of fans that quickly flocked to the style of Japanese animation, and other related comic books.  This was equally helped by the film version being transferred to NTSC VHS, which was dubbed in English for a very limited release in 1990.

The year is 1993, and a nuclear explosion which goes off in Tokyo pushes countries to their limit, starting World War III.  The newly built artificial island Neo-Tokyo is the setting of anti-government movements and gang violence.

Tetsuo Shima, a member of the Bosozoku Capsule gang led by Shotaro Kaneda, is injured when his bike explodes after the "Esper" Takashi—a psychic child with wizened features—blocks his path.  This awakens psychic powers in him attracting the attention of a secret government project.  His powers continue to increase until they unhinge his young mind. 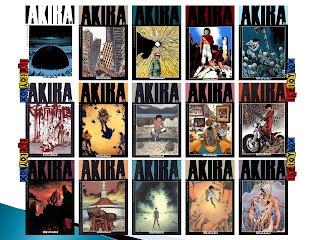 While the film doesn't stray too far from this premise of Tetsuo and his new powers as they eventually cause his deform and eventual demise, the books are far more in depth, and far more enriching.  The books delve deeper into the rebel groups involved, and contain a heavier story revolving around the various government factions.
The series concludes with an all out war between several of the factions, and the now deformed Tetsuo who is bent on destroying everything in his path.


Since it's major boom in success in the US, secondary market prices have been generous to the series.  Today a full set can be obtained for $150.00 to $200.00. 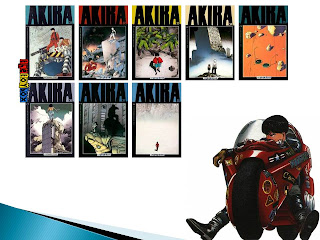 Join us next time when we take a look at The Watchmen!

Click "HERE" to go back to the home page. For more posts related to this one, please click the labels below.
Posted by The Toy Box on May 09, 2013
Email ThisBlogThis!Share to TwitterShare to FacebookShare to Pinterest
Labels: Akira, Comic Books, Epic, Japan, Kodansha, Manga, Young Magazine