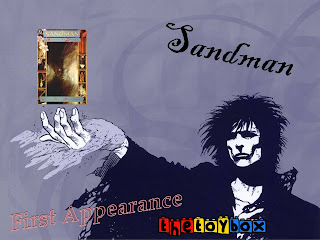 Though Sandman originally appeared in volume one of the series in 1974 (as The Sandman), the critically acclaimed series from writer Neil Gaiman which launched in 1989 was only the same iteration in name - Though it was still technically a re-launch of the series.  Gaiman had been working on a treatment for the revival of the series, and mentioned it in passing to then editor Karen Berger, but it wouldn't be until months later that he was offered the chance to actually produce the books. 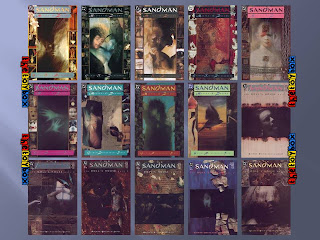 With the green light on the series, Gaiman drafted an eight issue outline which he passed along to Dave McKean and Leigh Baulch.  The duo quickly went to work on concept sketches which were turned over to Berger for review.  McKean had a very strong vision for the book, insisting that the main character didn't need to appear on every cover.  This allowed the series to have some of the most unique covers in the history of comics.

With concepts approved, artist Sam Keith went to work on the series.  Gaiman describes the first issue as awkward for the group because none of them had ever worked on a regularly released series before.  For reasons unknown, Sam Keith quit as artist after issue five.  This was the beginning of what would become a revolving door of artists for the seventy-five issue series.  Artists such as Et Al, Dave McKean, Kelley Jones and Michael Zulli (just to name a few) tried their hand at the series. 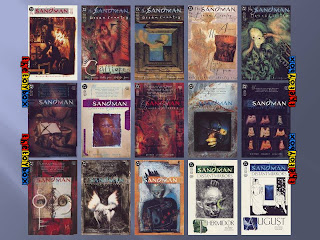 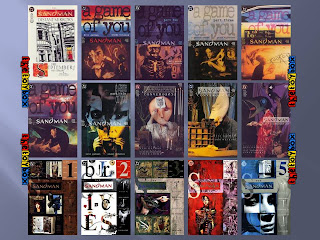 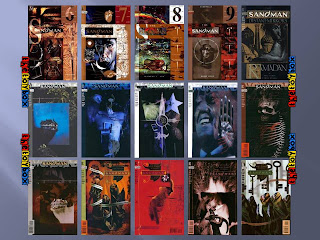 As a whole, the series helped to put DC Comics sister company, Vertigo Comics on the map as one of its flagship titles.  Though this didn't happen until issue number forty-seven.  Each book chronicled the adventures of Dream (of the family The Endless), who rules over the world of dreams.  He returns to his domain after being trapped and held prisoner for 70 years and embarks on a quest to regain the powers he once possessed. 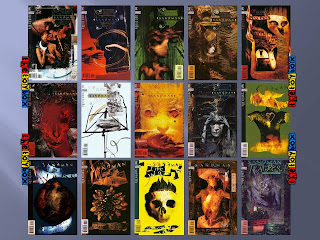 While it was a continuous series, several "chapters" are spread across multiple consecutive books, chronicling specific stories.  This in turn allowed new readers to the series to easily jump on board at any point.

Sandman was a critical success winning several awards, and being named on the New York Times best sellers list.  This is a rare occasion for any comic book, as the NYT typically wouldn't give comic books the time of day as they weren't (and to an extent still aren't) considered true forms of literature.

When Gaiman left the series Sandman was cancelled.  This was due to a line item in his contract which stipulated that the series would end upon his departure.

Join us next time when we take a look at The Dark Night Returns!

Click "HERE" to go back to the home page. For more posts related to this one, please click the labels below.
Posted by The Toy Box on May 20, 2013
Email ThisBlogThis!Share to TwitterShare to FacebookShare to Pinterest
Labels: Comic Books, DC Comics, Sandman, Vertigo Comics