Harry Potter and the Chamber of Secrets (Mattel)

It must be very difficult as a child to wake up one day and be a household name across the world. We can only imagine what went through the minds of stars Daniel Radcliffe, Rupert Grint and Emma Watson when they realized that they were going to be the faces of a generation for eight of the most highly anticipated films of the new millennium - Though we speculate that there were some major adjustments to lifestyles - Some good, some bad. One day you're a kid browsing your local toy store, the next you can't step foot out of your house without being surrounded by cameras, and screaming fans looking for autographs. That's not the way we would have wanted our childhoods to play out - But, the pay was probably nice.

By the time Harry Potter and the Chamber of Secrets hit theaters in 2002, the forth book The Goblet of Fire had been on book stands for two years, and the fifth book, Order of the Phoenix was a little over a year away from release. Potter-Mania was in full swing, and for as many fans out there promoting the series, there were a fair amount of groups protesting it, claiming the books (and films) promoted witchcraft, and other anti-religious themes. 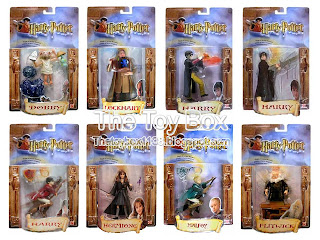 Out of the eleven figures, one was produced on its own unique card - Tom Riddle. It is unknown why this figure's packaging is so different from the others. 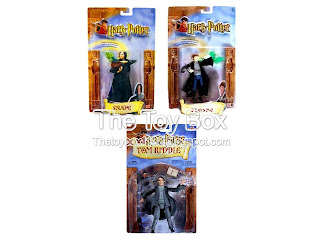 There were three larger deluxe figures released, and like the Tom Riddle figure listed above, one was produced on its own unique card - Norbert. 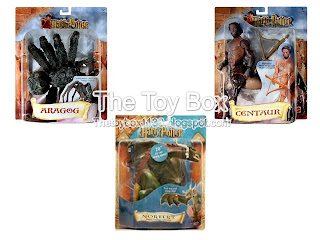 Three interactive playsets were produced to coincide with the figures. The Slime Chamber was designed to interact with its own sub series of figures (see below). 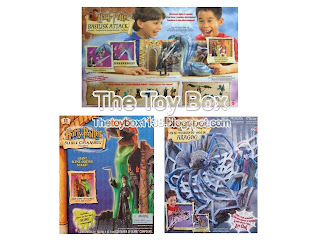 As mentioned above, the Slime Chamber was produced to interact with its own sub series of figures. These figures came packaged much like the basic figures, but also included a cauldron, and a vat of colored sticky slime. The various colors of slime included red, blue, yellow, green, and orange.

The idea of the goop was to pour it down the top of the Slime Chamber playset, and let it run all over your figures, or be poured into the included cauldrons to represent the various potions seen in the film. 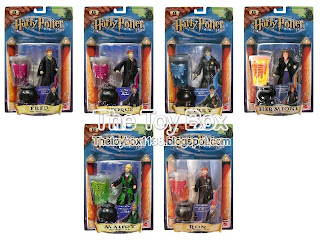 The series of toys based on The Chamber of Secrets was produced between 2001 and 2002. Shortly after it was concluded, Mattel began work on the next film's toys - The Prisoner of Azkaban. Unlike this post which followed directly after the first film's toys posted last week, we won't be taking a look at the third film's toys just yet.

Join us next time when we take a look at The Goonies!