In the summer of 1989, my brother and I were dropped off at a local cinema in Bend, Oregon, cash in hand from our parents to see the film, Batman. As we found our seats in the theater, my young mind had no idea what to expect. I knew very little about Batman other than what I had seen in comics, or on television via the 60's re-runs. All I knew was that I was excited to see the film ever since seeing the first trailer on television.

Looking back on that day, it's interesting that my brother went with me. He's never been into comics, to this day won't watch any of the numerous Marvel movies. Yet, on this day, he was side by side with his younger brother to take in the flick.

I soaked in every minute of the two hour and six minute film, enthralled with the sights, sounds, and everything in between. The movie was amazing, and I wanted more! This was easy to do, as Warner Bros. seemed eager and willing to promote the film through any form of merchandise they could license. Shirts, hats, drinking glasses, various novelty toys, Play-Doh sets, Toy Biz action figures, movie novelizations, soundtracks from both Prince and Danny Elfman, and a fantastic one-shot comic book adaptation from DC Comics, the latter of which we're focusing on today. 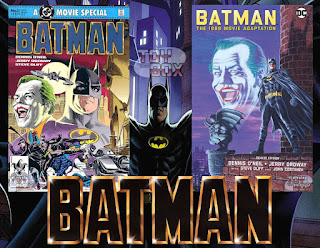 When I received my own copy of the 1989 DC Comics tie in, I read, re-read, and re-re-read that thing so many times that I wore the spine out of the prestige format book. I remember being so enthralled with the cover art which looked just like the actors. This blew my mind as a kid that someone could draw like this. 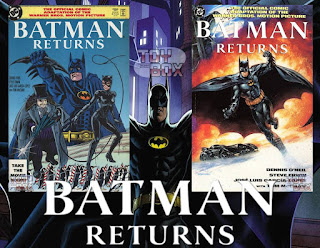 When word came that a sequel was in the works, I was on the edge of my seat. I remember watching a behind the scenes making of video one even before the film hit theaters, and drooling at seeing Batman go toe to toe with Penguin and Catwoman. Everything looked bigger and better, and there was no way I was going to miss out on seeing the film.
Unlike the first one, I don't honestly remember when that actually occurred. I don't recall any theater trips, but I do know my dad got it on laserdisc when it was released on home video. I about wore that thing out watching it over and over.
Much like the prior film, I also gave the DC Comics adaptation a read multiple times. However, at this point, I was also big into collecting comics, and was fortunate enough to have both the standard and prestige formats. This allowed me to "collect" the premium version, while reading the rack edition. 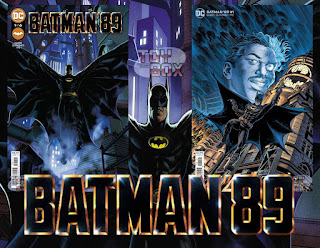 When I caught wind that DC Comics was returning to the world of Tim Burton's Batman, I was intrigued enough to look into the details. With Sam Hamm, the original co-writer of the first film, and story credit for Batman Returns helming the story, I felt confident that the source material would be respected. 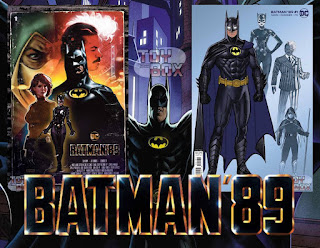 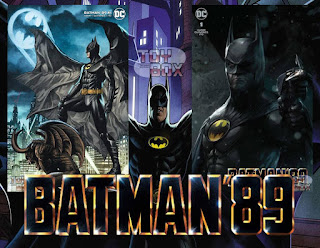 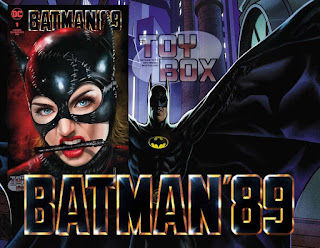 True to comics these days, DC went overboard with variant covers. I wish I could say that all of them here encompass the whole batch, but that simply isn't the case. Every time I look I find some form of 1 in 100 variant cover that was sold as a dealer incentive, or a virgin cover. On top of that, there's also a Wal-Mart variant of issue 1 that was only available in a four-pack. 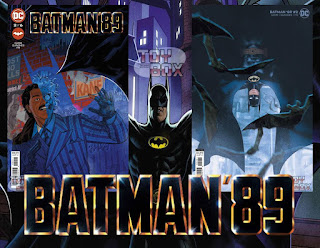 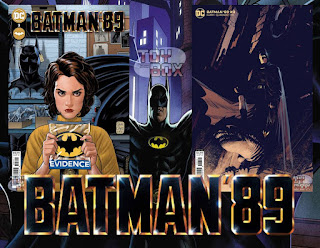 While it was awesome to catch up with the Burtonverse of Batman, as a whole the series really didn't deliver the punch that I thought it would. The action was minimal, and the story relatively bland, and uninteresting. The Billy Dee Williams persona of Two-Face really doesn't capture the essence of the character, and I found myself not really caring about the shoehorned backstory. Further, the ending was anticlimactic, and ended abruptly baiting a sequel that hopefully won't happen.
All and all, I don't think this would have been as popular as the original two films had it followed them in theaters. 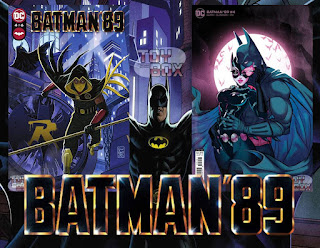 The biggest problems surrounding the series didn't even entail the story or artwork. Rather, the consistent delays resulted in massive gaps in between issue releases. This only served to make my desire to finish the whole story less and less appealing.
With issue number one launching in August 2021, ideally, the story arc should have been wrapped up in January 2022. While things started out monthly, issue four wasn't released until December, five didn't hit shelves until a full four months later in April 2022, and the final issue delayed until July!
These long gaps often resulted in me forgetting what I had read from the prior issue, which compounded my overall disinterest. When it all wrapped up, I frankly didn't care anymore, and just wanted to put a lid on the series. 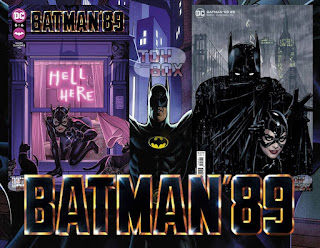 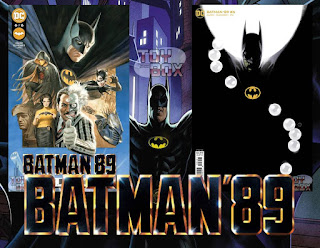 As an honorable mention, DC Comics also produced movie adaptations of the final two films in the "saga" of 80's / 90's Batman. What's interesting about these releases is how pricy they can be, as compared to the original Batman and Batman Returns adaptations. For films which weren't perceived to be as good as their predecessors, the comics can easily cost you ten, or more, dollars each. 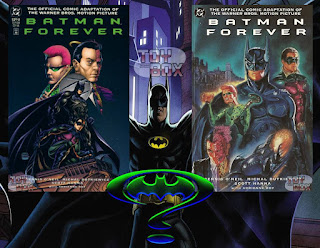 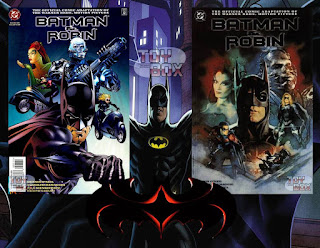 Click "HERE" to go back to the home page. For more posts related to this one, please click the labels below.
Posted by The Toy Box on August 15, 2022
Email ThisBlogThis!Share to TwitterShare to FacebookShare to Pinterest
Labels: 1980's, 1990's 2020's, Batman, Batman '89, Batman & Robin, Batman Forever, Batman Returns, DC Comics, Tim Burton