Retro Spins: The Jets - The Jets

The Jets 1985 debut album of the same name is your typical 80's pop album. It's got its hits, but overall it has a fun tone which will keep your foot tapping. However, beyond the hits, there's nothing to really get excited about here. 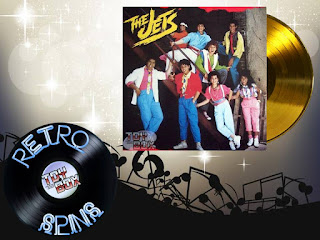 The group is most notable for their top ten hit, Crush on You, which debuted at number seventy-three in April of 1986 and eventually landed at number three for two weeks in a row in June / July. However, they were far from a one hit wonder. Two other tracks from their debut album, Private Number (peaked at number 47 in September 1986) and You Got It All (peaked at number three in March 1987) also helped to push the siblings into the spotlight.

Oh, did I forget to mention the band consisted of siblings? Sorry.

Unfortunately, for me, there's not much more to say beyond this. It's a decent album, but it's by no means genre defining or massive breakout album. It's just okay. I wouldn't go out of my way to hear it again, nor would I really recommend you track a copy down - Mainly because at $20.00 (average) it's kind of expensive for what you're going to get.

Click "HERE" to go back to the home page. For more posts related to this one, please click the labels below.
Posted by The Toy Box on June 04, 2019
Email ThisBlogThis!Share to TwitterShare to FacebookShare to Pinterest
Labels: 1985, 80's Album Review, 80's Music, 80's Music Review, Music of the 80's, Retro Spins, The Jets