Ghost in the Shell (Toycom/Alpha)

Ghost in the Shell
Toycom/Alpha
2000

Want a challenge? See if you can collect all the Ghost in the Shell figures from Toycom/Alpha. You'll be pulling the hair out of your head in no time.

The first figure, Hard Disk has five different versions - Mind you, that's just in the USA. The second version, White Out, has a whopping seven! Again, that's just in the USA. To track down all of them, you'd have to first collect the versions from Japan. These are designated with the Alpha logo at the top left of the package. Then you'd have to hunt down the USA versions. These are denoted with the Alpha and Toycom logos at the top left.

For the sake of not going bald, we've only compile the USA version. There's no difference between the two versions with the exception of the company logo on the package, so unless you absolutely need every package variation out there, though it's still a ton of figures, you can probably suffice with just the ones listed below. 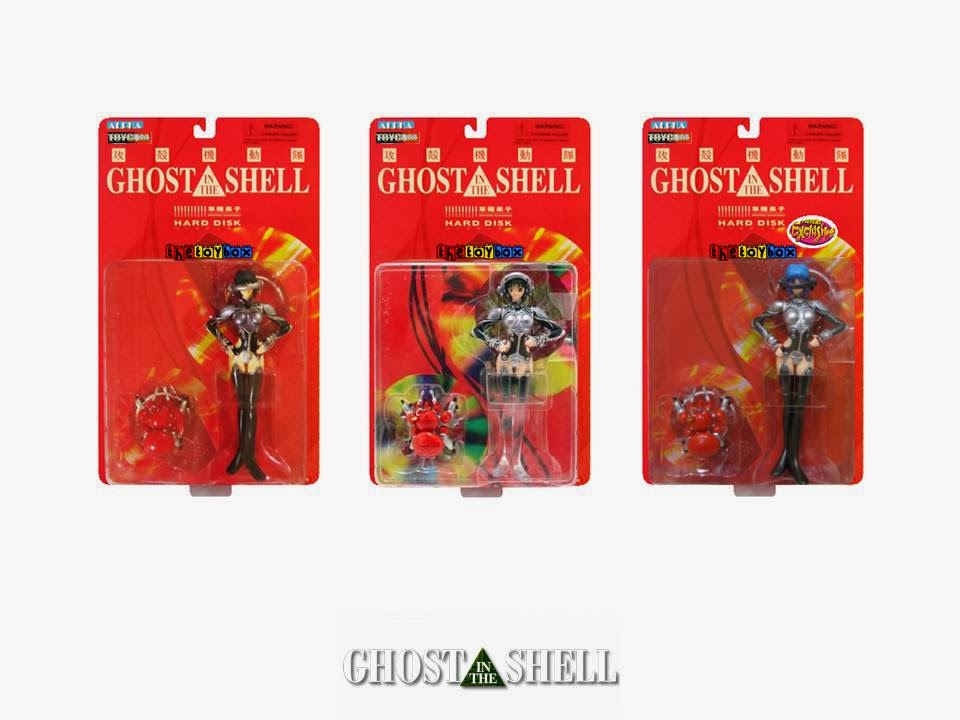 If Akira was the first Japanese animated film to take US shores by storm, then Ghost in the Shell (released in 1995) certainly fights a close battle to come in second. We saw the film way back in the day, and quite frankly we were as confused by it then as we are now - Then again we were never really big fans of reading our movies (AKA subtitles), so we admittedly didn't pay attention a lot of times when any form of Japanese film was on. For a full summary of the plot, we suggest you take a look at the film's Wiki page, "Here". 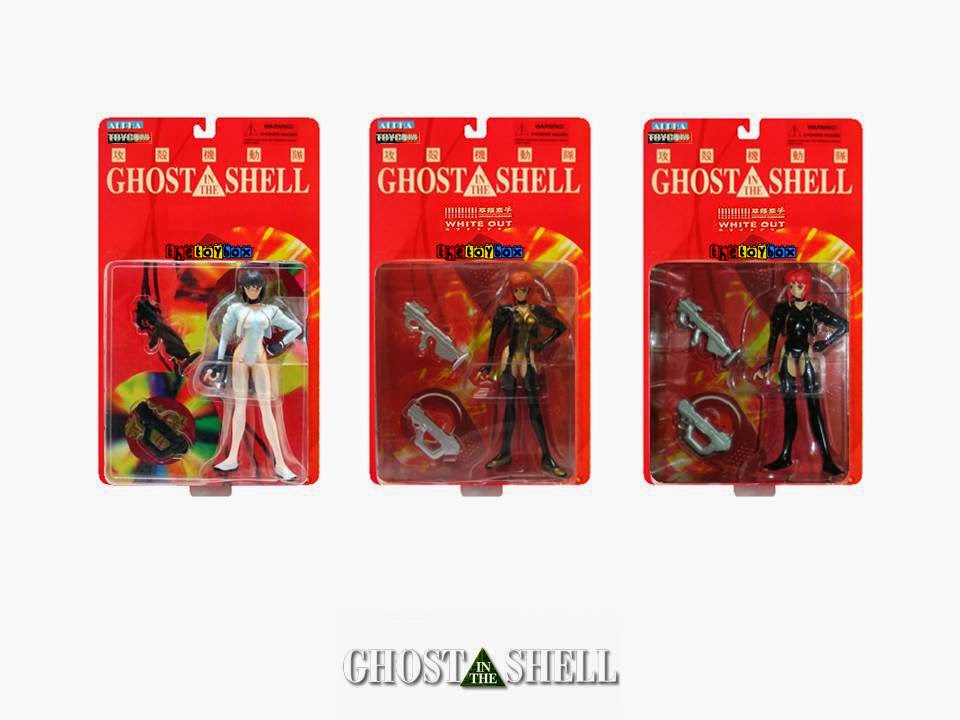 The figures aren't necessarily expensive, they're just difficult to track down. On average, they'll set you back anywhere from $6.00 to $10.00. We've even seen the figures sell for as little as a buck a piece. However, some of the more rare variants have sold for as much as $30.00 each. These more pricey variants include White Out (Red), White Out (Black and Gold) and White Out (Black). 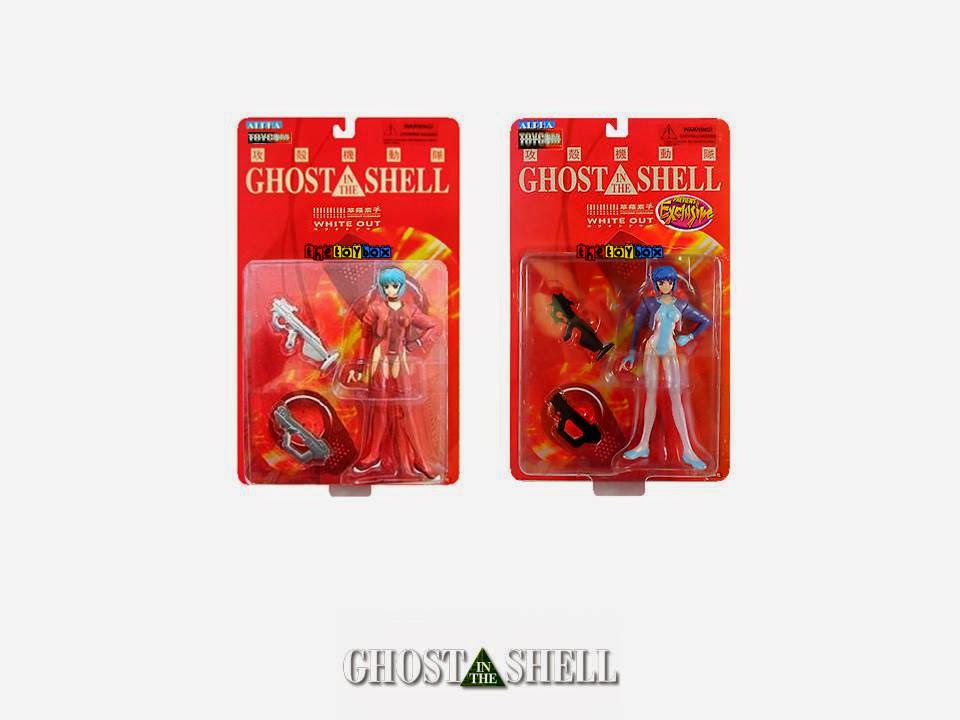 For those interested in the basics of this line, yet are frugal with their money, you can also find two different two packs which were released. The first contains the standard Hard Disk and White Out figures. The second contains both of the Previews exclusive versions of the two figures. Of course both of these sets were Previews exclusives.

The two packs sell for roughly $10.00 a set. Unfortunately they're even hard to track down than the single packs. 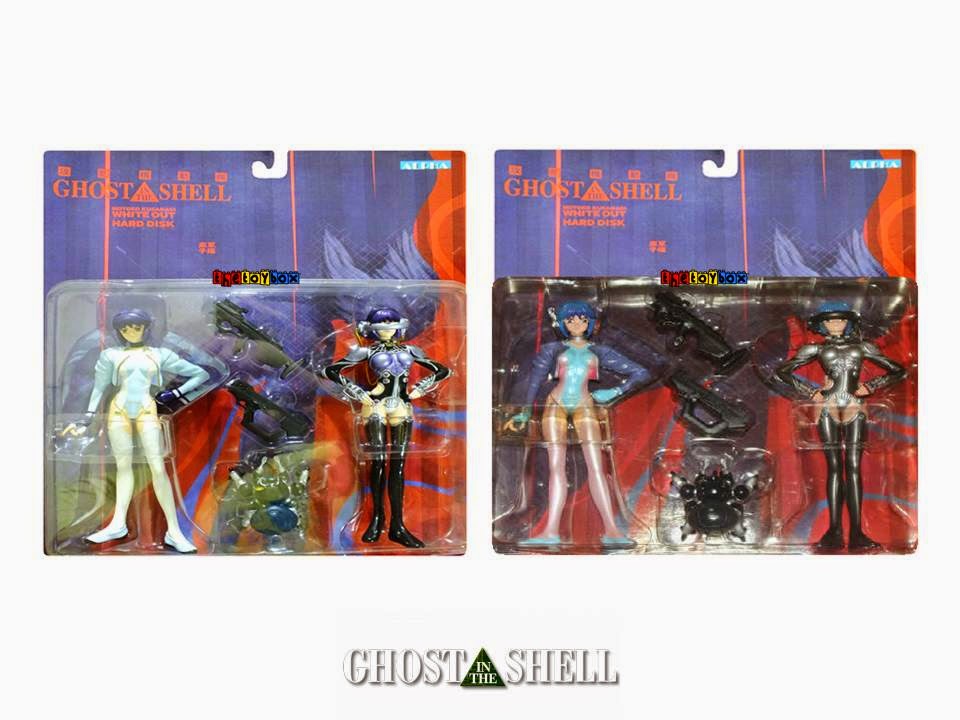 
We remember these figures selling for upwards of $100.00 each in their prime - With the exception of the basic Hard Disk and White Out versions. It's shocking to see how far they've plummeted in price. We wager that this was mainly due to Americans getting swept up in the Japanese animation craze to the point that they were willing to pay just about anything to get a crumb of anything that the Japanese would sprinkle on the ground around us.

Of course, back then getting your hands on any form of imported Manga was quite hard and expensive - Even on VHS. Now that it's far more common, we can understand the massive decline in value.

Join us next time when we take a look at Nintendo Power!


Click "HERE" to go back to the home page. For more posts related to this one, please click the labels below.
Posted by The Toy Box on July 02, 2015
Email ThisBlogThis!Share to TwitterShare to FacebookShare to Pinterest
Labels: 2000's, Alpha, Ghost in the Shell, Manga, Toycom