Truly horrifying, or awesome vintage collectible? You be the judge. 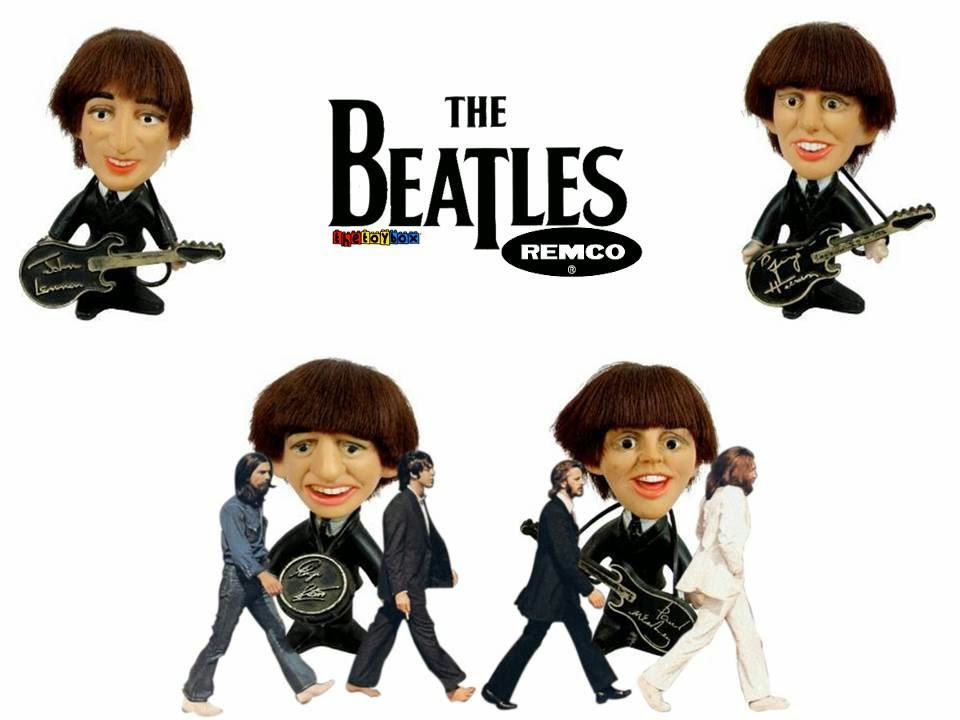 In the 1960's Remco began producing a line of toys based on the various television and music icons of the era. Though never officially entitled as such, fans came to know it as the Big Head series. One of the first items produced were four figures based on the British rock group, The Beatles.

Featuring John Lennon, Paul McCartney, George Harrison and Ringo Starr, there's not much we can say about the band that we honestly haven't covered in our prior posts about Beatlemania type toys - Nor could we honestly say anything that hasn't been said a hundred times over by so many others - Or that isn't common knowledge at this point.

Each doll was approximately five inches tall, with the head taking up approximately two inches of that encompassing measurement. The series featured real hair, which many people oddly enough cut when they opened them. As a result, opened ones are difficult to find with a full mop top.

The packaging was big on using the "Yeah, yeah, yeah" from the Beatles 1963 single, She Loves You - Which was actually never used for a full Beatles album (with the exception of greatest hits/collections). It featured a small window in the box for the figure to be displayed, and shared half the front of the package with photographs of each member's head. The back of the package was reserved for more photographs of the band, as well as an advertisement of sorts for the series. 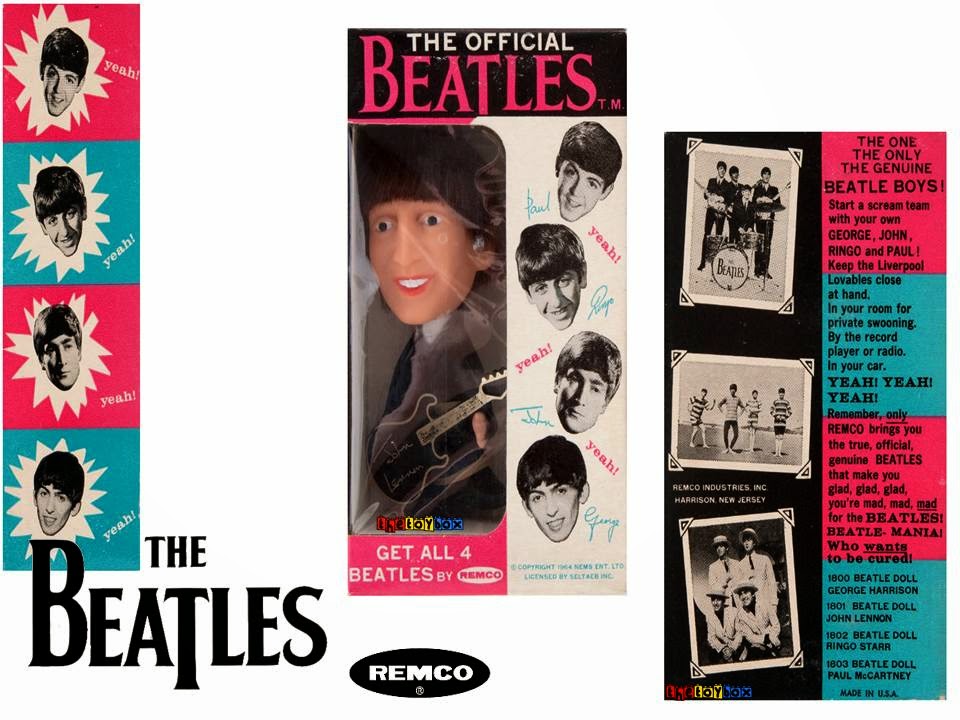 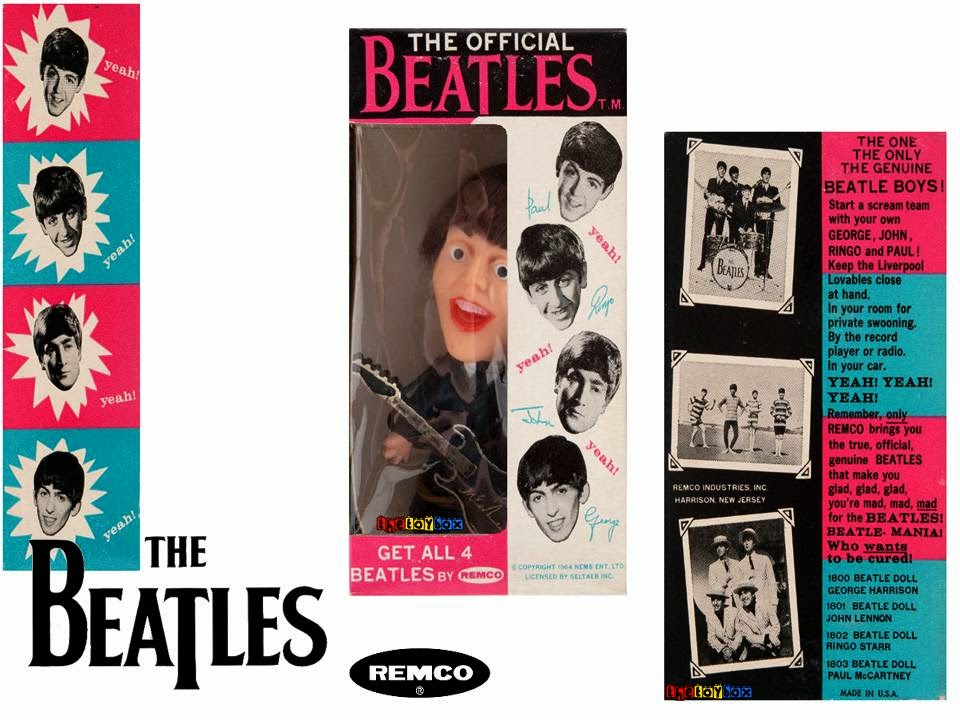 Oddly enough, the packages themselves don't tell you which figure is inside. Rather, the name of each member of the group is painted on the instrument the actual figure holds. 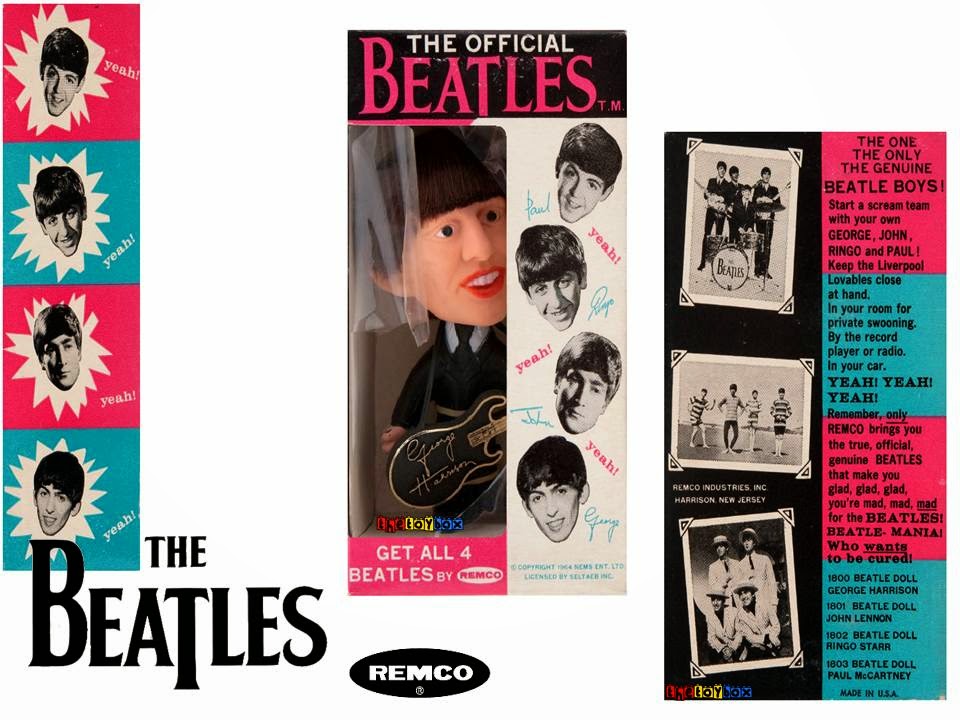 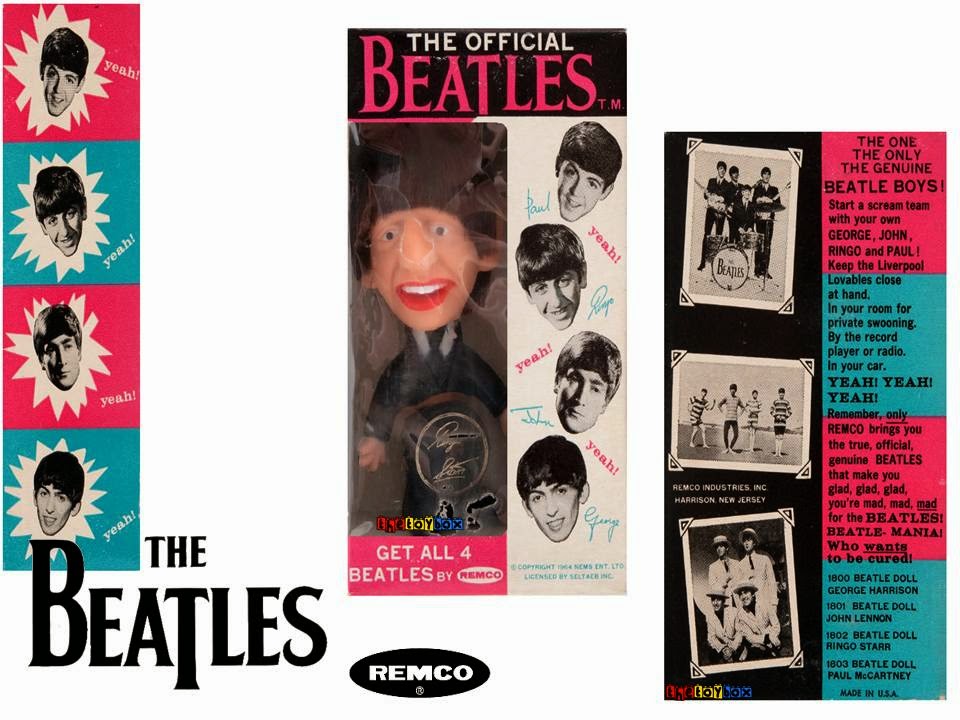 Remco continued their Big Head series with other notable characters, but never came back to The Beatles for updated looks.

These days the figures are fairly common, but still rather pricey. An entire set typically sells for around $400.00 to $500.00 - Mint in the box. Loose ones sell for about fifty dollars each - Pending they have a full head of hair.

Join us next time when we take a look at Samurai X!


Click "HERE" to go back to the home page. For more posts related to this one, please click the labels below.
Posted by The Toy Box on July 20, 2015
Email ThisBlogThis!Share to TwitterShare to FacebookShare to Pinterest
Labels: 1960's, Big Head, George Harrison, John Lennon, Paul McCartney, Remco, Ringo Starr, The Beatles