Samurai X, or as it's known in Japan as Rurouni Kenshin (Meiji Swordsman Romantic Story) - Or るろうに剣心 -明治剣客浪漫譚, was a highly popular Manga, later adapted into a feature film in 2012 starting Takeru Satoh. The original comic book story was written and created by Nobuhiro Watsuki, and follows the life of former assassin Himura Kenshin, turned wandering samurai who protects the people of Japan with a vow to never take another life.

When the story was first developed, it appeared in the weekly magazine, Weekly Shonen Jump. It unfolded in serial fashion, I.E. small chapters each magazine, between April 1994 to November 1999, much like many Manga style stories did - Such as Katsuhiro Otomo's 1982 story, Akira.

Toycom began producing toys in 2000 with its first line, Future Ninja. From the get go, the company was determined to export Japanese Manga style characters to the US in the form of plastic, and did so fairly regularly until 2004 when the company folded.

Its 2001 venture (as you probably could already tell from the title of this post) was Samurai X. Much like most of Toycom's lines, the series was incredibly small, confined to just four figures. A separate line of PVC style figures were produced as well, but many fans don't contribute them as part of this particular series - We won't go into those here. 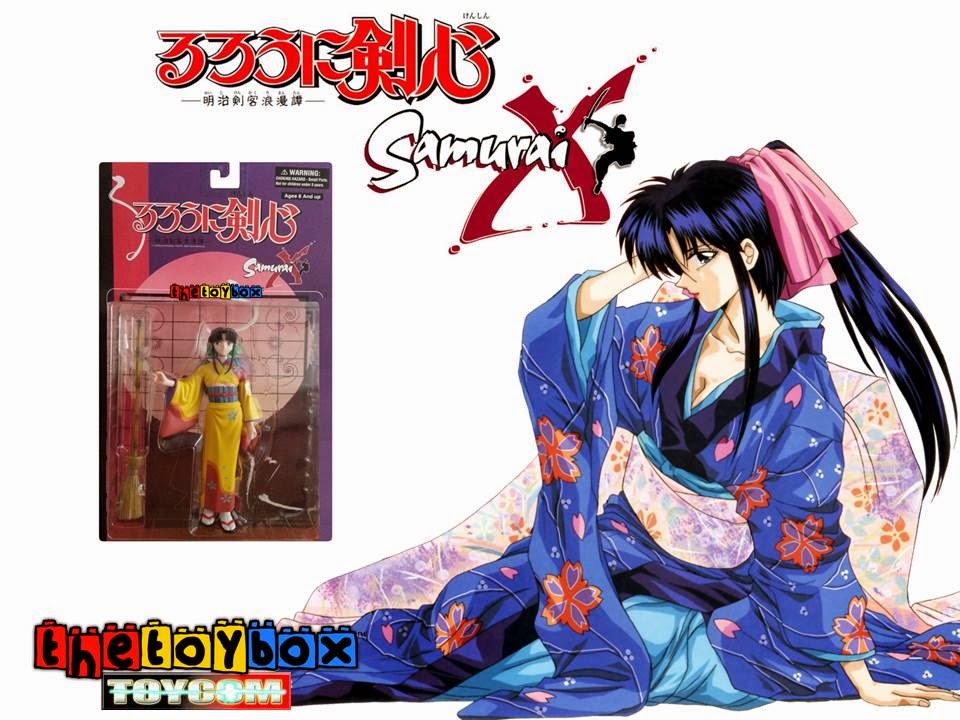 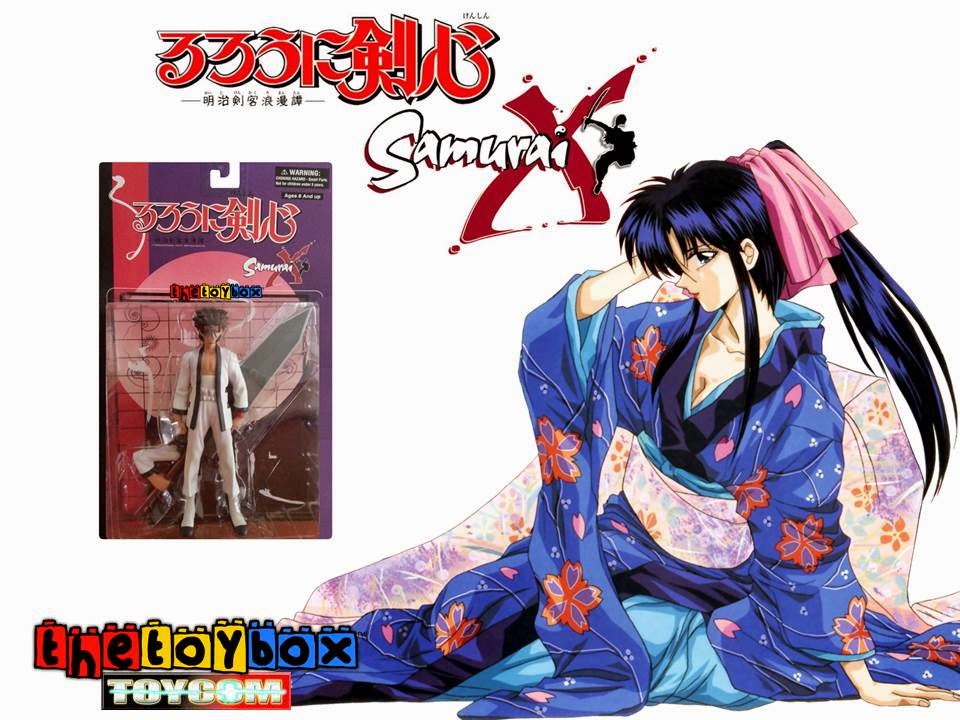 The figures aren't too difficult to find these days. Unfortunately the problem lies with most sellers having them priced too high to sell. The average asking price is between $20.00 and $35.00. However, most people aren't willing to pay more than $10.00 for them mint in the package. Unless you can find a seller that is willing to face facts, you're going to be playing a game of patience to get these at the best price.

Join us next time when we take a look at The Dave Clark Five!


Click "HERE" to go back to the home page. For more posts related to this one, please click the labels below.
Posted by The Toy Box on July 23, 2015
Email ThisBlogThis!Share to TwitterShare to FacebookShare to Pinterest
Labels: 2000's, Samurai X, Toycom