Much like our prior post on Mr. Bacon, Emily the Strange is a character that was developed as a mascot, and transcended into her own iconic character which has numerous fans around the world. Since her inception, Emily has been featured on clothing, skateboards, stickers, stationary and more-  To and include a comic book from Dark Horse Comics.

Emily was created in 1993 by Rob Reger for use in his own company, Cosmic Debris Etc., Inc. These days, the company seems to focus strictly on developing merchandise based on the character. However, it doesn't appear that much has been done with her since 2013.

In 2005, Toynami produced a figure based on the character. It was sold mainly at specialty shops, and noted bookstores such as Borders and Barnes and Noble. Two variant figures were also produced - One featuring the character with her arms crossed, and the others with her arms down. They did make these two figures unique by way of giving each one their own name which was printed on the package. 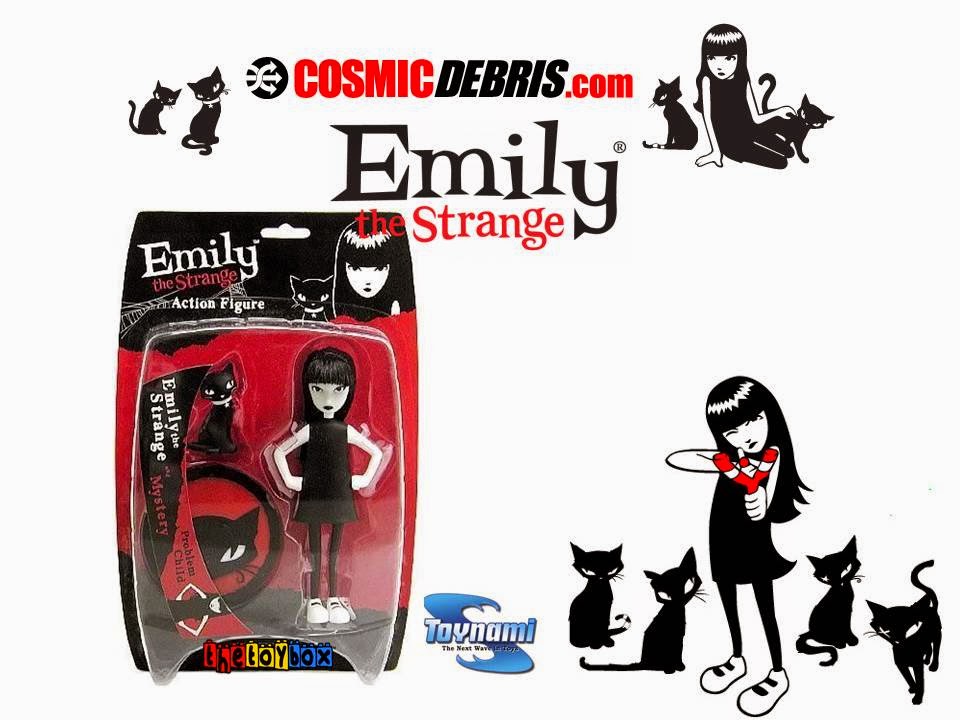 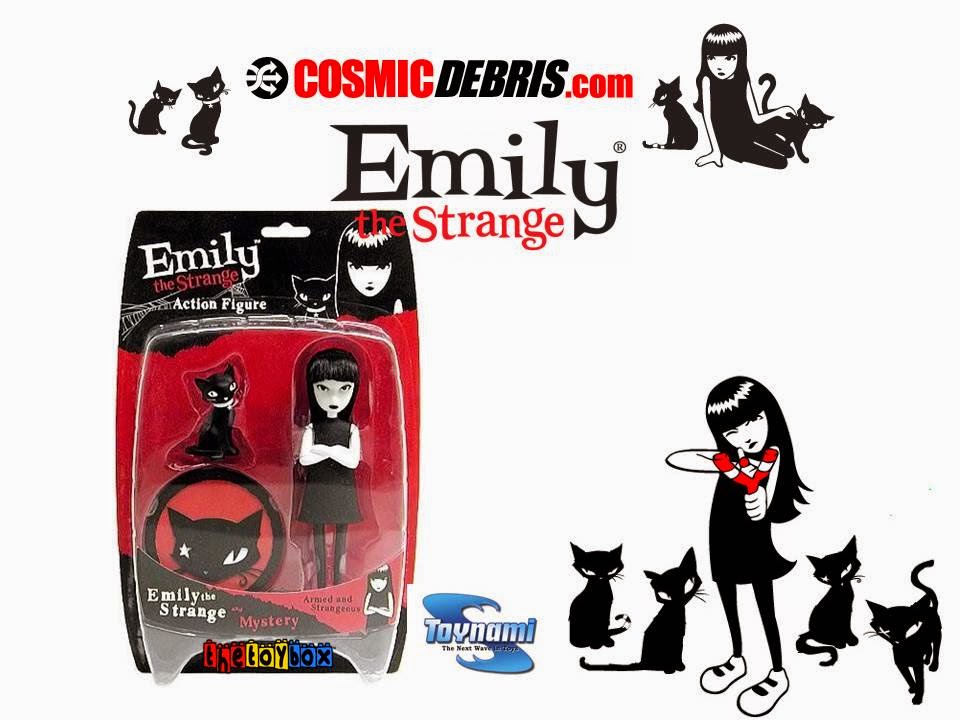 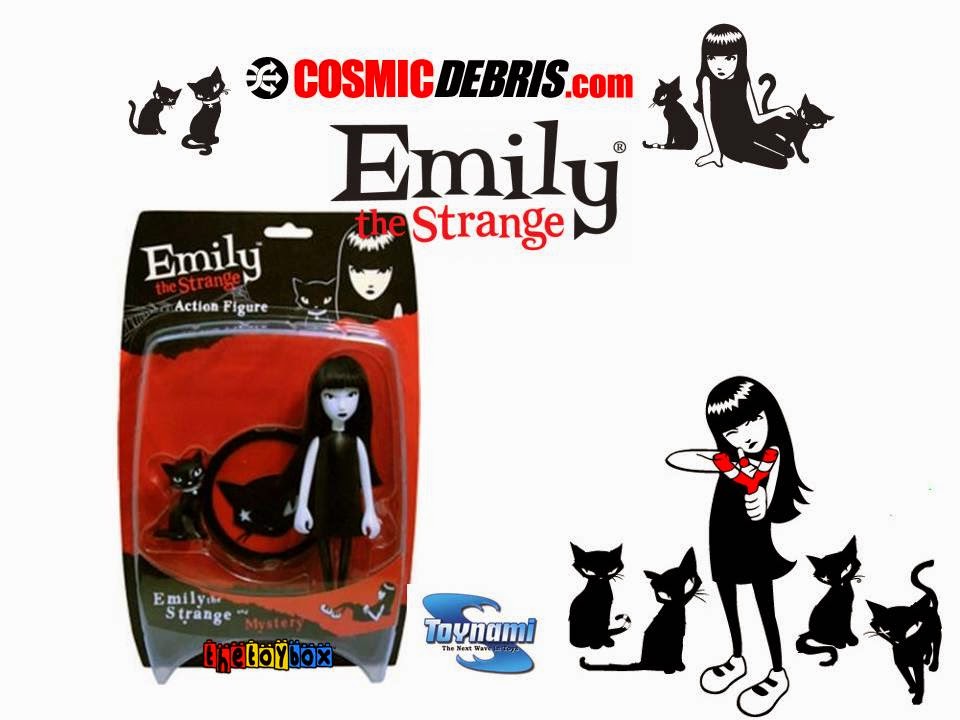 You can typically pick these figures up for around $10.00 each on secondary markets. However there are a few sellers out there who ask as much as $50.00 for them. Obviously these sellers don't end up selling the figure to anyone.

Join us next time when we take a look at Elvis!


Click "HERE" to go back to the home page. For more posts related to this one, please click the labels below.
Posted by The Toy Box on July 09, 2015
Email ThisBlogThis!Share to TwitterShare to FacebookShare to Pinterest
Labels: 2000's, Cosmic Debris Etc Inc, Emily the Strange, Rob Reger, Toynami