"The world's greatest comic company presents...The world's worst superhero team!" It was the tagline that Valiant Entertainment went with when Quantum and Woody were gearing up to return in their second volume of books in March of 2013.

The duo first made their appearance in the title of the same name in June of 1997 for the first volume of books. The seventeen book series ran until 1998, and returned once again between September 1999 and January 2000 for five more books.

In 1998 Acclaim released an action figure based on The Goat, but didn't follow up with any figures based on Quantum or Woody. Odd.

Two versions were available, the original white figure with a white cape, and the grey chase variant with a blue cape. Neither one is particularly easy to come by, but despite this, prices on secondary markets aren't bank shattering. The white version can be picked up for $15.00 to $20.00, while the grey version sells for around $30.00. Again, that's if you can find them as they're fairly scarce. 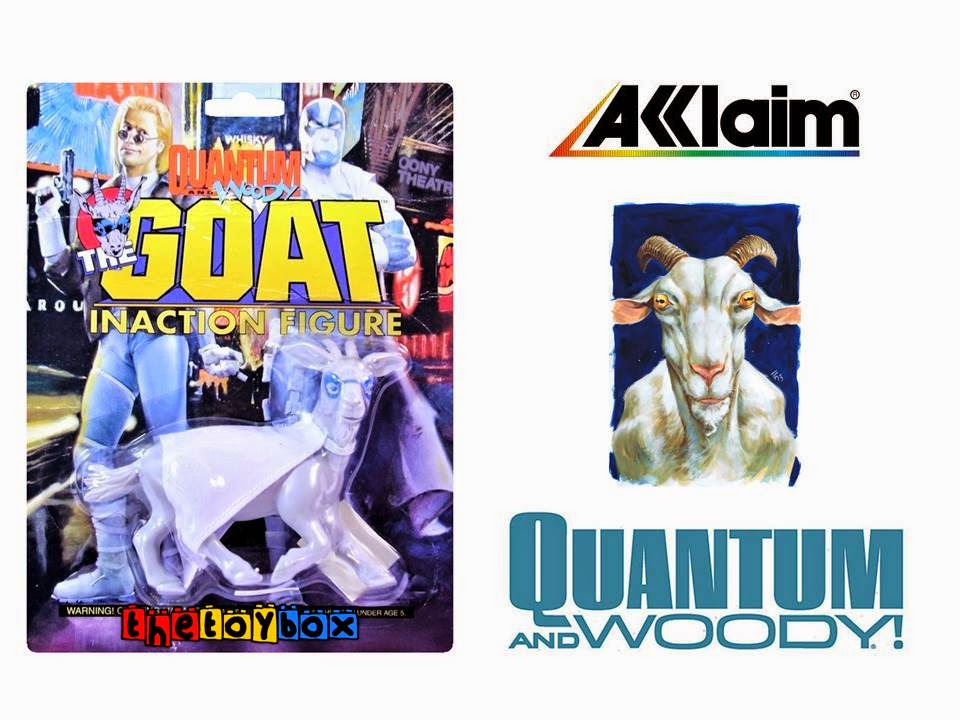 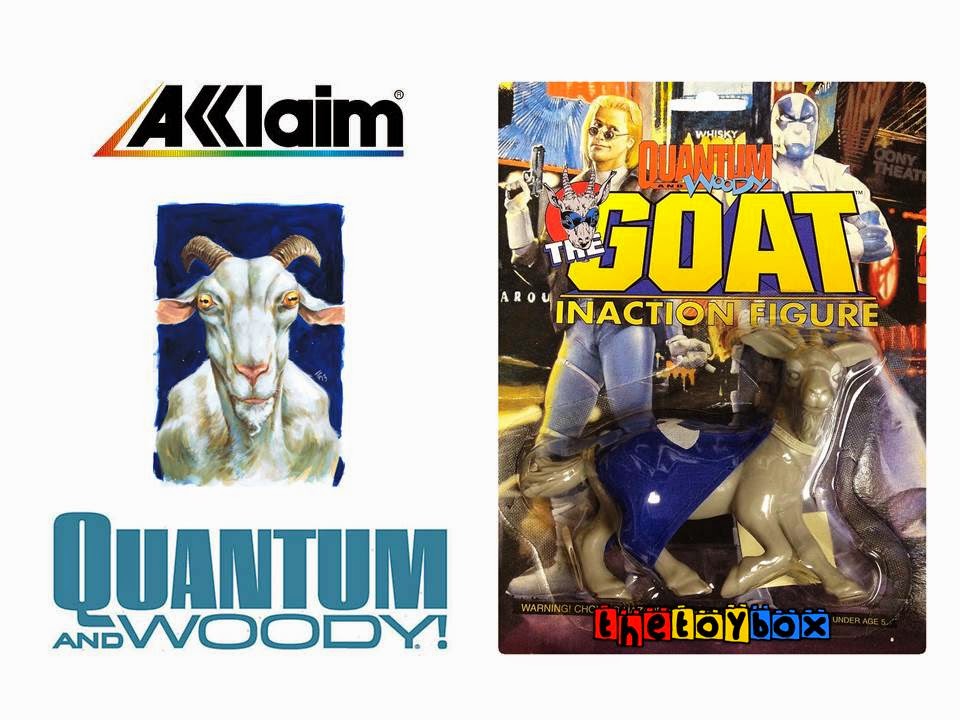 Join us next time as the year clicks over to 2015, and we start all over again with our look at Robin Hood!

Click "HERE" to go back to the home page. For more posts related to this one, please click the labels below.
Posted by The Toy Box on December 29, 2014
Email ThisBlogThis!Share to TwitterShare to FacebookShare to Pinterest
Labels: 1990's, Acclaim, Inaction Figure, Quantum and Woody, The Goat, The Goat Inaction Figure, Valiant Comics