Disney banked hard on the 1990 Dick Tracy film starring pretty much everyone they could find in Hollywood at the time to play a role. The cast was a power house ensemble of big names including Warren Beatty, Dick Van Dyke, Dustin Hoffman, James Caan, Kathy Bates, Madonna, Al Pacino and Catherine O'Hara. With its unique sets built from the ground up, fantastic mat paintings and backdrops and music by Danny Elfman, Stephen Sondheim and Madonna, one would expect nothing short of a blockbuster hit.

Part of the marketing for the film involved a massive line of action figures from Playmates Toys - Fourteen of them to be exact, and two vehicles.

What was surprising about the line was that there were no duplicate figures. Each one was a different character - Though it was disappointing that we only got a Dick Tracy figure without his famous yellow coat. 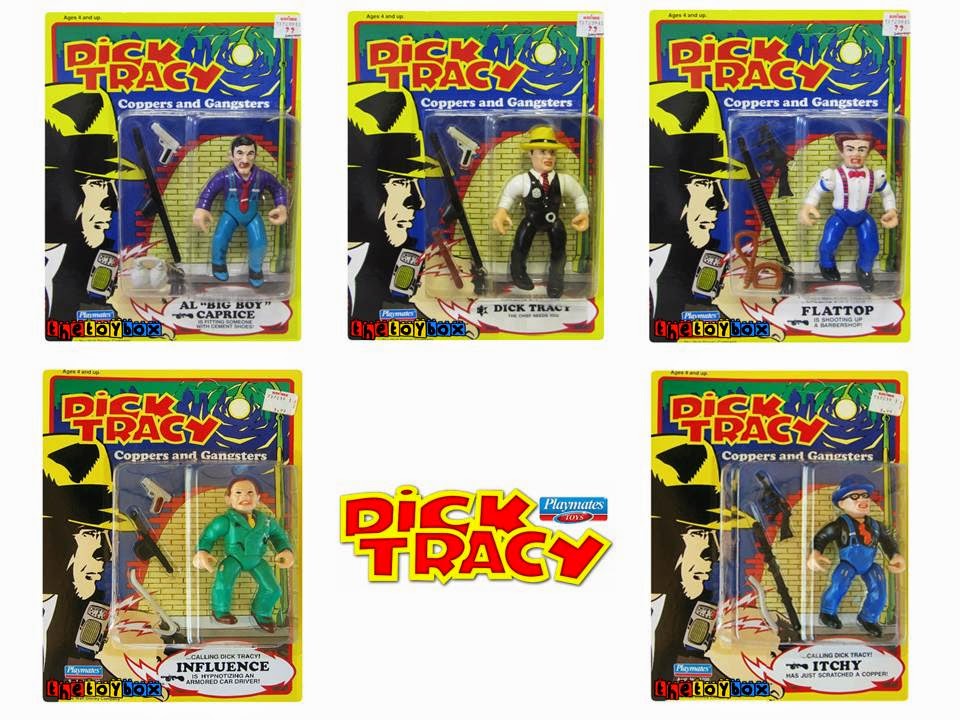 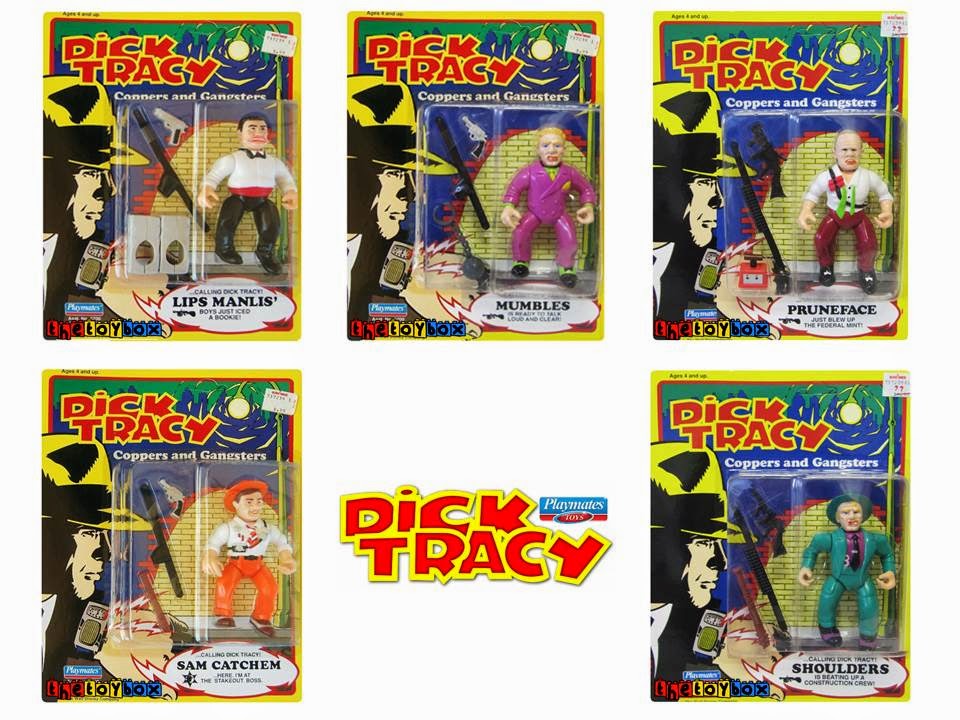 Lips Manlis*Mumbles*Pruneface
Sam Catchem*Shoulders
Before you rush into buying Dick Tracy figures, you need to make sure you're ready for the investment. While most of the figures will cost you between fifteen and twenty-five dollars, obtaining The Blank is going to set you back anywhere from $500.00 to $1,000.00. It was short packed in cases when the series first hit store shelves, and since then has only gotten more scarce. Believe it or not, it's even more difficult to find one loose than it is to find one in the package.﻿ 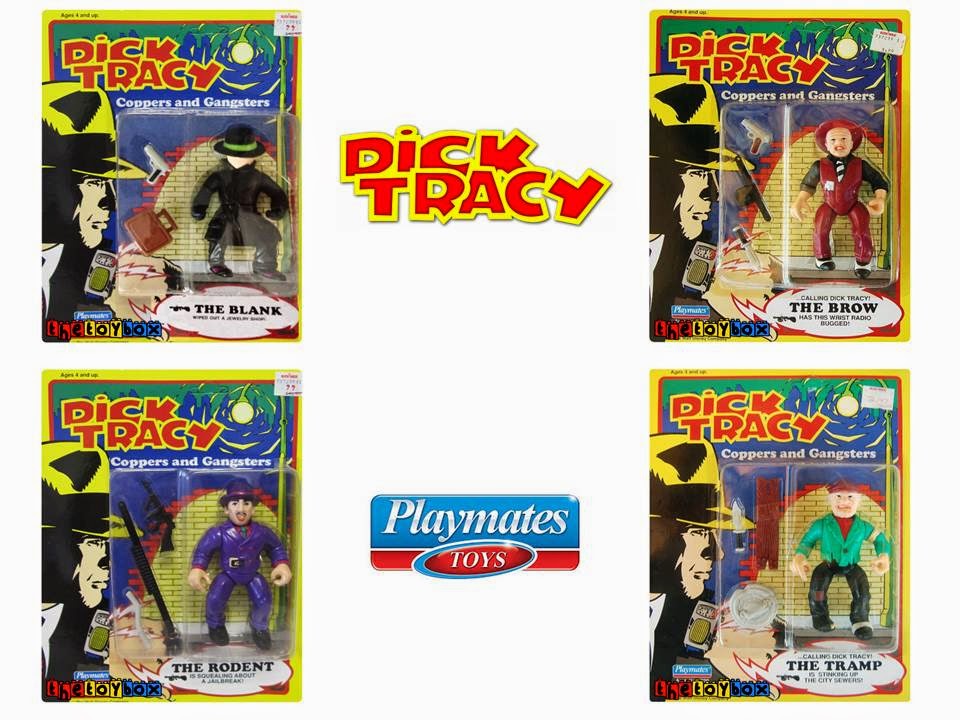 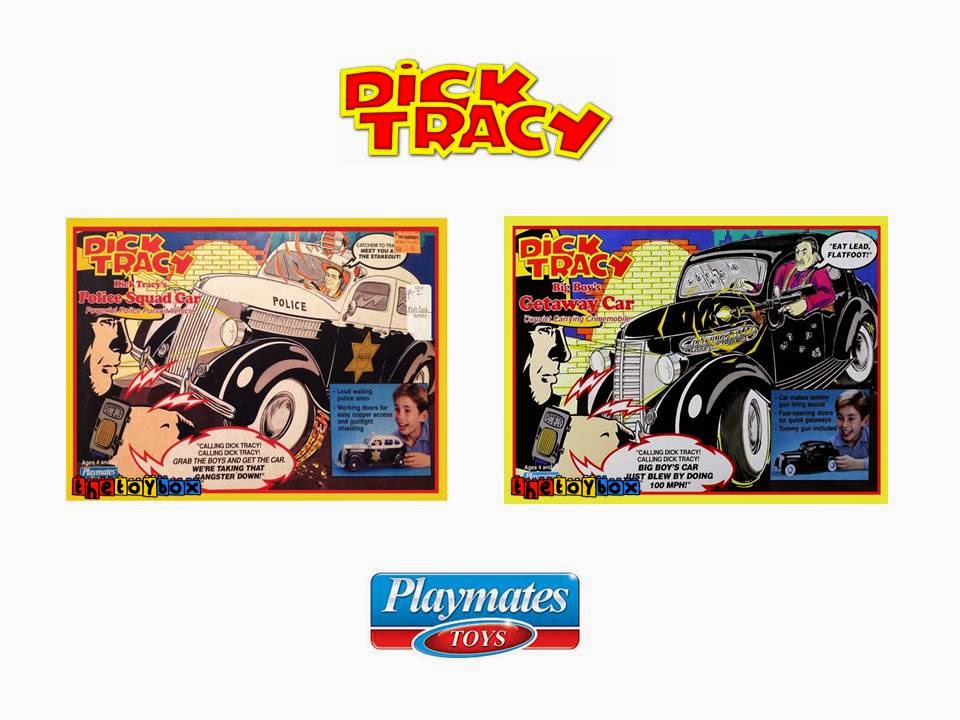 
Though it was met with mostly positive reviews, The box office dollars that followed weren't sufficient in Disney's eyes to warrant a sequel. It was probably for the best as Beatty soon found himself in a head butting match with Tribune Media Services - The company in which Beatty originally purchased the film and TV rights from in 1985. Tribune was accused of underhandedly attempting to regain the rights back, and from it came a lawsuit that would last almost a decade (2002 - 2011). In 2011 a district court judge ruled that Beatty had fulfilled his obligations ensuring he would retain the rights. Since then Beatty claims a sequel will see the light of day in the future, but says he won't discuss anything further because it's, "Dumb talking about movies before you make them."

Join us next time when we take a look at John Lennon - The New York Years!