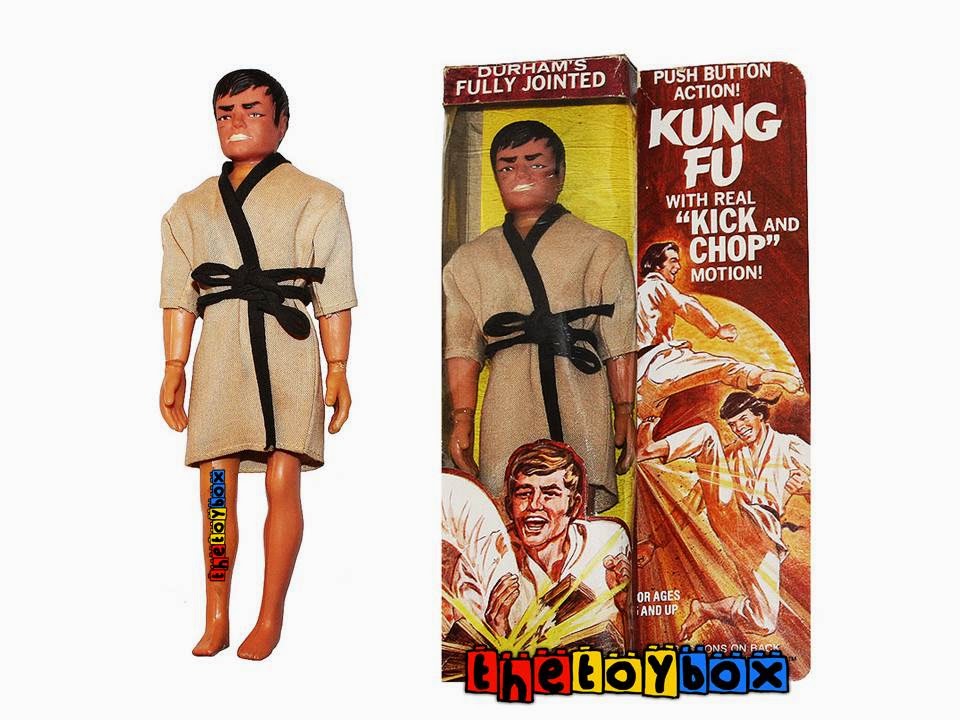 Durham Industries Kung Fu dolls from the 1970's is an interesting piece to say the least. Though it strikingly resembles a young John Saxon (Enter the Dragon, A Nightmare On Elm Street), the figure was in no shape or form licensed to be based on the actor.

This one shot figure sported a karate gi, and shockingly enough nothing else in terms of clothing - Not even pants. A kick and chop motion was implemented into the toy for play. Essentially these were buttons that would release the spring loaded arm or leg to chop or kick.

These eight inch dolls are by no means common in terms of secondary markets, but they have been known to float around in both loose and MIB condition. Though many sellers seem to think this doll should value at around $40.00 for one new in the box, most collectors seem only willing to drop $15.00 at the most. 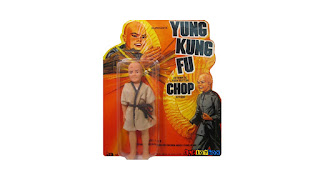 Join us next time when we take a look at The Last Airbender!

Click "HERE" to go back to the home page. For more posts related to this one, please click the labels below.
Posted by The Toy Box on December 08, 2014
Email ThisBlogThis!Share to TwitterShare to FacebookShare to Pinterest
Labels: 1980's, Bruce Lee, Durham Industries, Enter the Dragon, John Saxon, Kung Fu