The debate of how bad McDonald's food is for you has been a long heated one for a few decades now, but no matter where you stand on their food, one thing everyone has to admit is that Remco's McDonaldland figures are one hundred percent awesome for you!

We didn't realize just how badly our collection was missing McDonalds characters until we saw these fantastic figures from 1976. The line has all the classics starting of course with the iconic Ronald McDonald himself, and just look at the attention to detail in all the clothing. Remco did an amazing job, and much like their Karate Kid line, most people sadly didn't know what they were missing until it was too late. 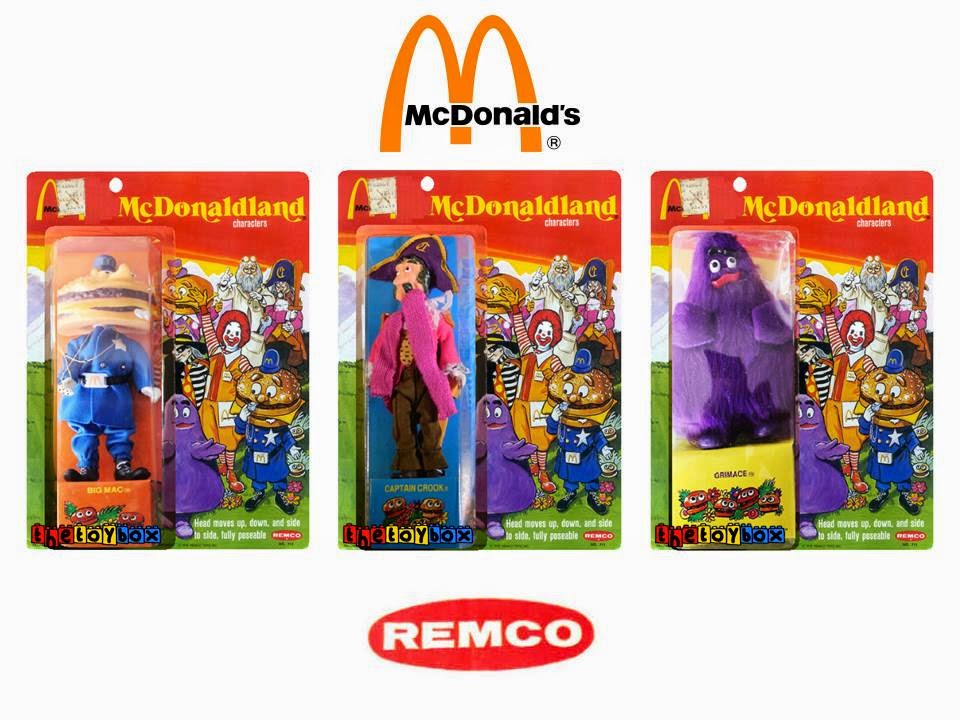 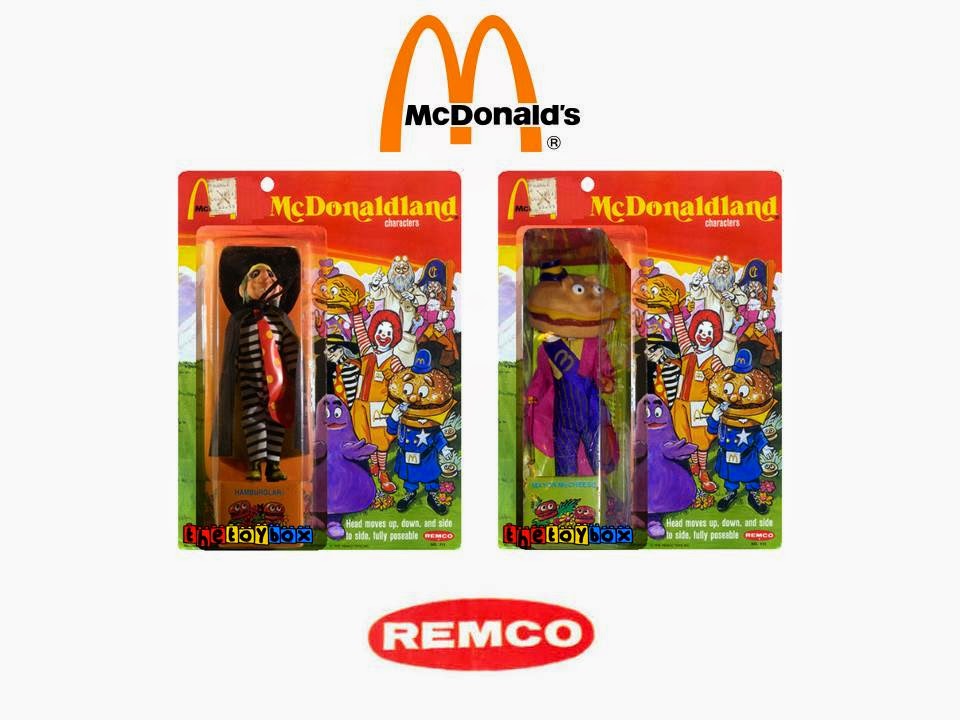 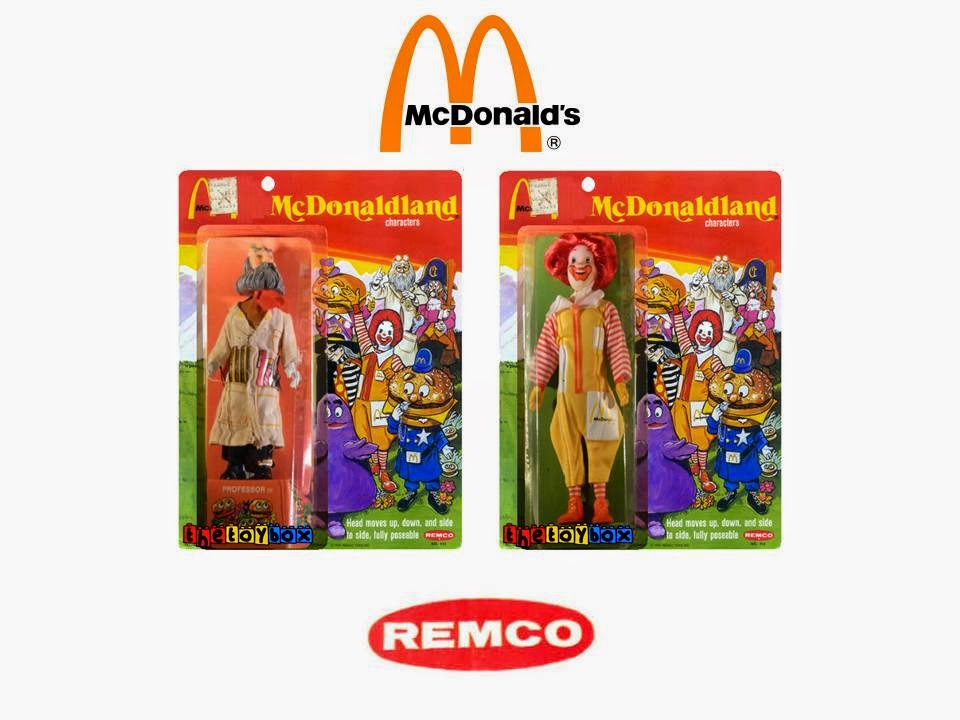 Professor*Ronald McDonald
It's a shame that the McDonaldland Playset was nothing short of a playground with a circular train track and train. It would have been so much cooler to have a McDonalds restaurant playset.
﻿ 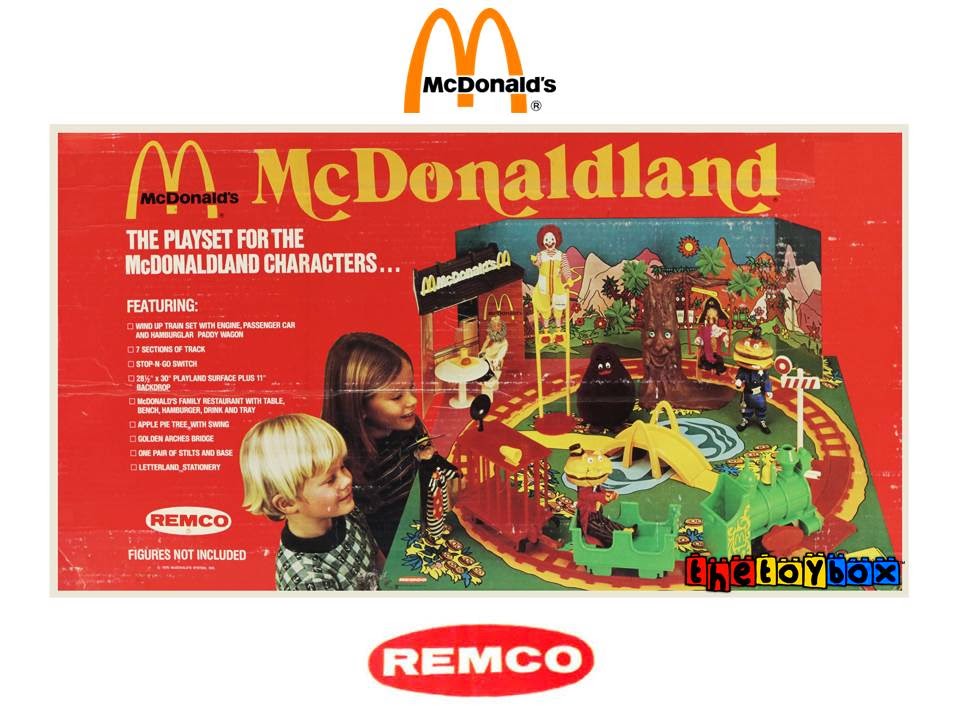 In 2008, Huckleberry acknowledged just how cool these toys were by re-releasing them. However, in doing so they gave collector's a little thrill of the hunt with several variants to collect. 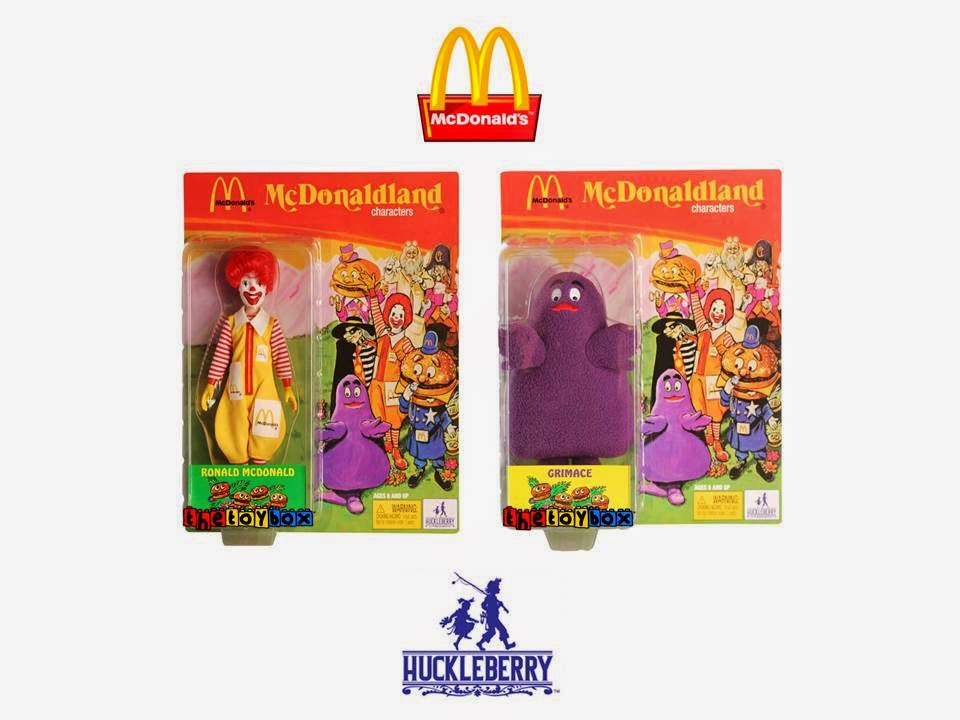 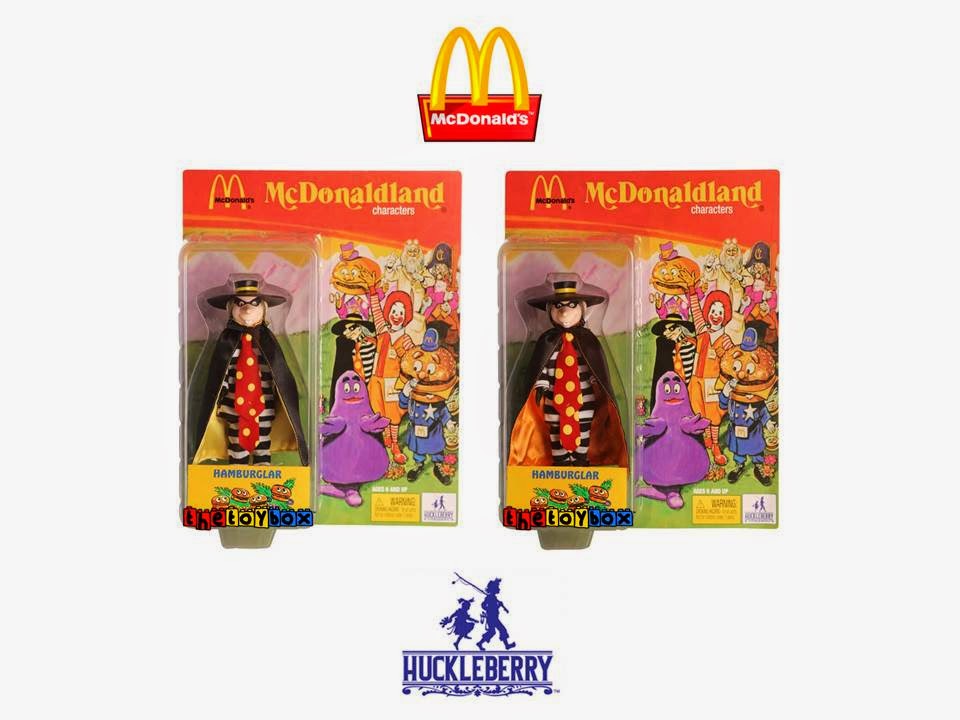 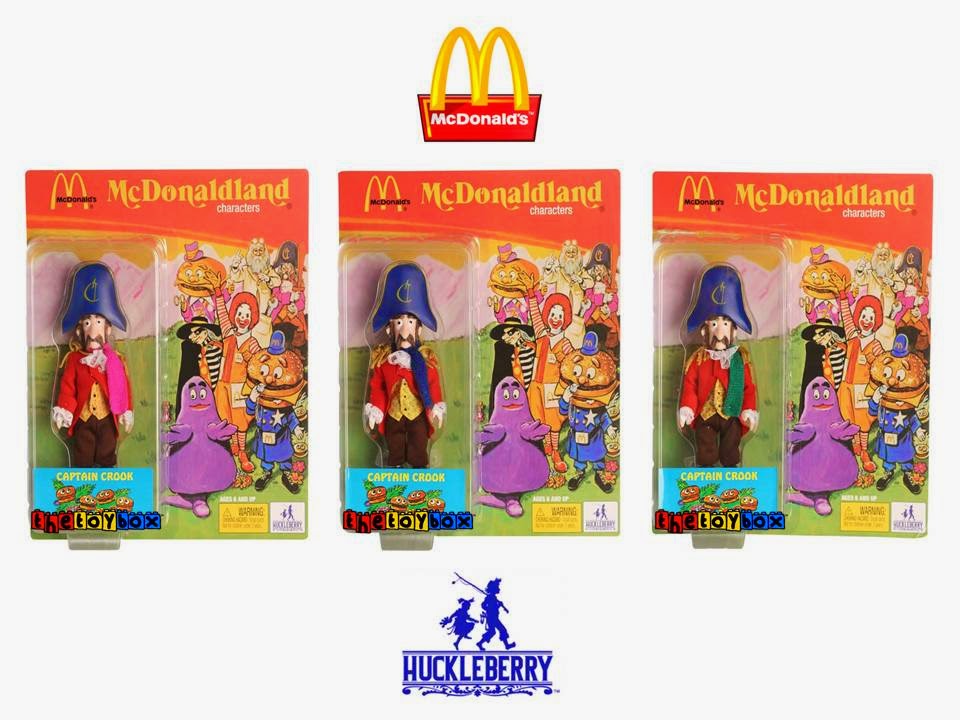 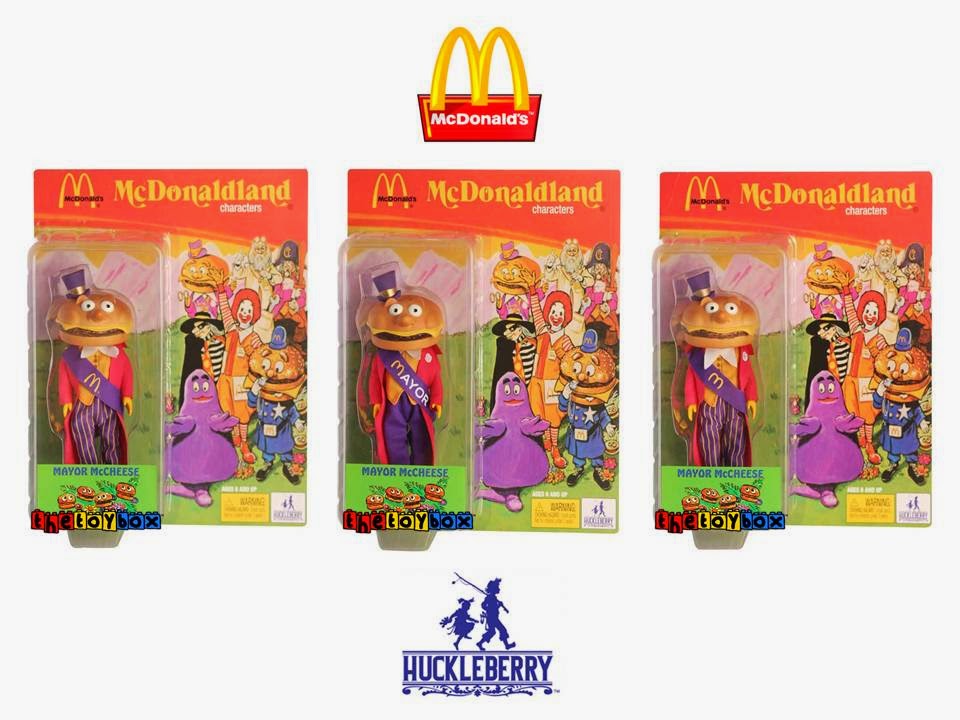 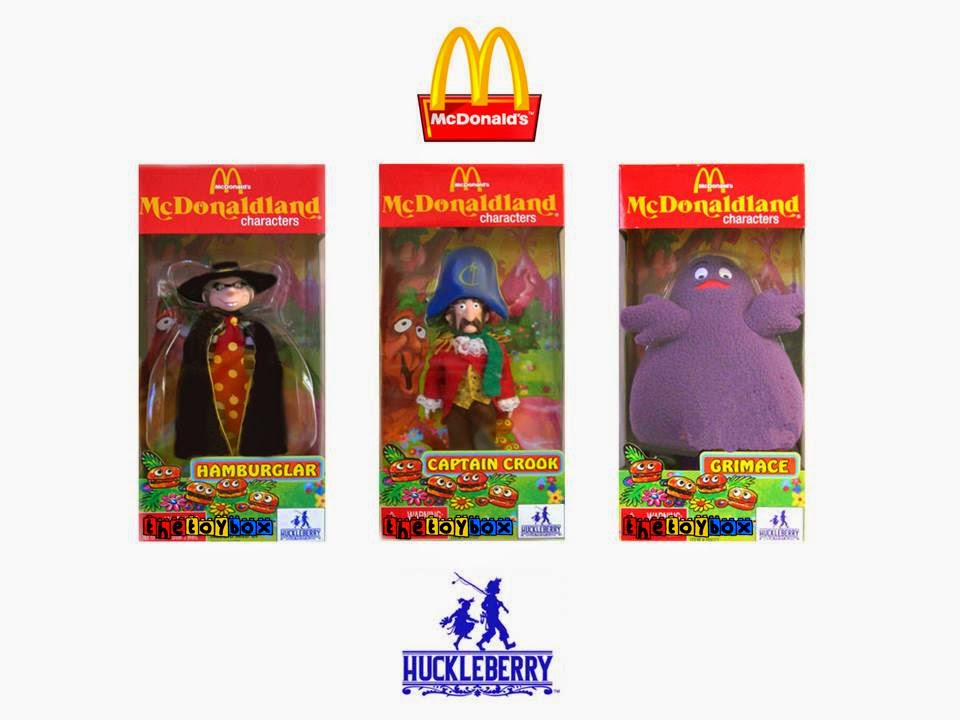 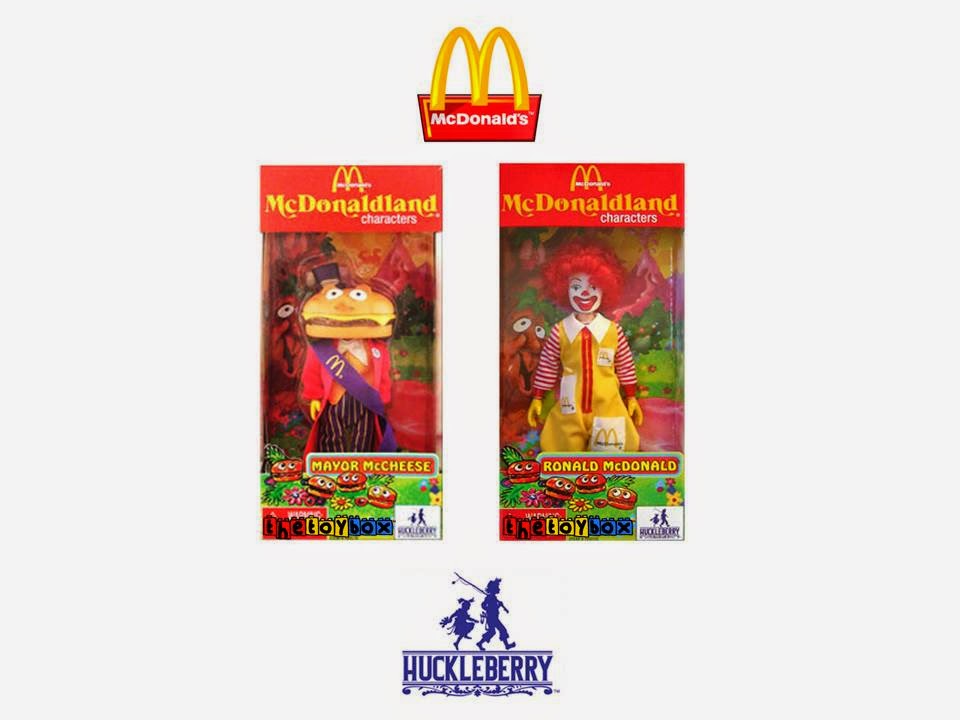 It was rumored that Huckleberry was going to continue the series with a series 2 which would have included the rest of the original figures as well as new ones. Unfortunately that has not happened to date, and it's probably a safe bet at this point to say it won't.


Join us next time when we take a look at Ninja Turtles!

Click "HERE" to go back to the home page. For more posts related to this one, please click the labels below.
Posted by The Toy Box on December 15, 2014
Email ThisBlogThis!Share to TwitterShare to FacebookShare to Pinterest
Labels: 1970's, 2000's, Huckleberry, McDonaldland, McDonaldland Characters, McDonalds, Remco