Thundarr the Barbarian is one of those cartoons you either love or hate. Personally, we're not fans. However, when it comes to toys, Toynami did an amazing job of capturing not only the likeness of the characters, but also incorporating a sort of nostalgic feel in them through the paint jobs and overall design.

Thundarr got his moment in the animated spotlight in 1980 as a Saturday morning cartoon from production company Ruby-Spears Productions. The character himself was created by Steve Gerber. Though the series ran for two seasons, only twenty-one episodes were produced.

Fans were pleased to see the entire trio of the main line up produced. This meant in one fell swoop they could have their entire series from the starting gate regardless of whether or not villains were produced - Which they weren't. 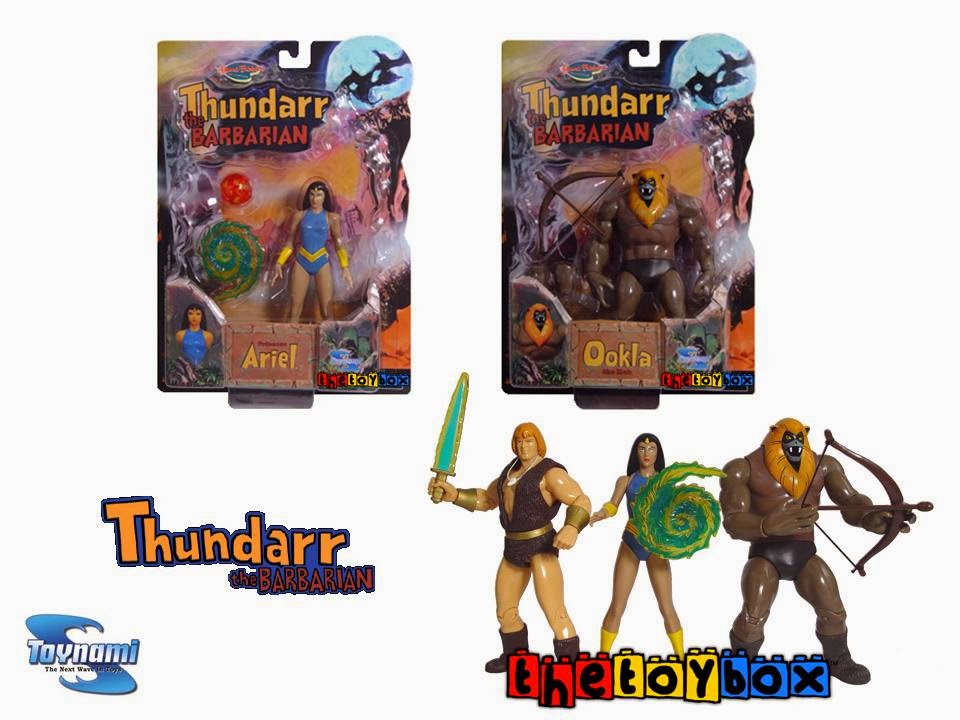 Ariel*Ookla
To coincide with the figures, Toynami produced a convention exclusive version of Thundarr. The figure is the same sculpt as the retail release but includes a sword which more acurately depicts the glowing effect from the television series.﻿ 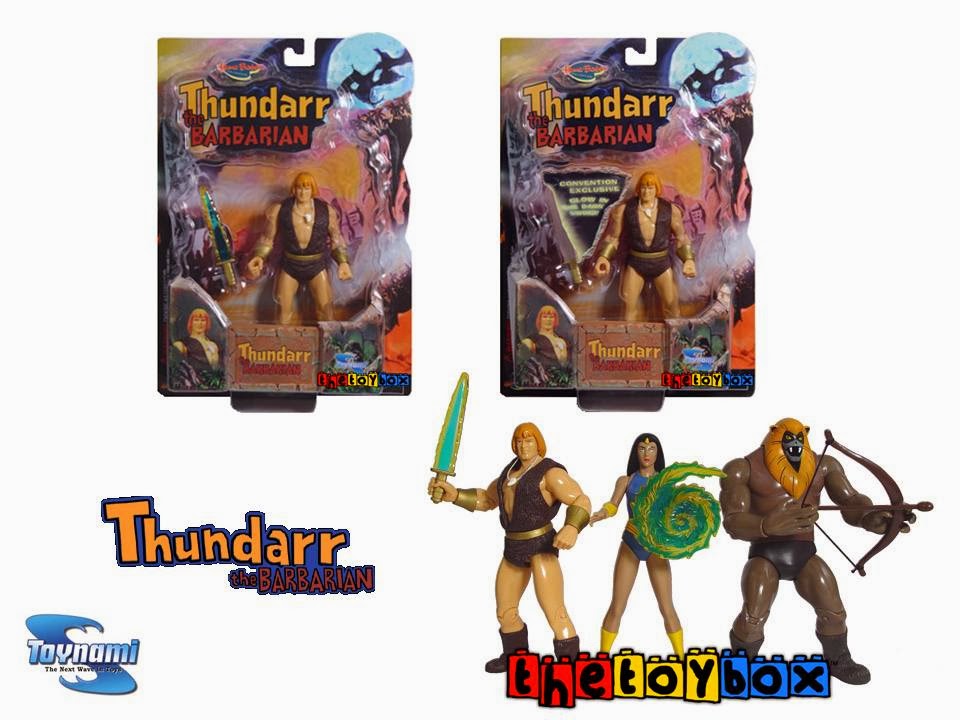 Join us next time when we take a look at Dune!

Click "HERE" to go back to the home page. For more posts related to this one, please click the labels below.
Posted by The Toy Box on September 11, 2014
Email ThisBlogThis!Share to TwitterShare to FacebookShare to Pinterest
Labels: 2000's, Hanna-Barbera, Thundarr, Thundarr the Barbarian, Toynami