Thanks to an annonymous comment, we have learned that Shadow Strikers was actually a very short lived cartoon series. We were able to find a full episode on Youtube if you want to check it out. It's not bad.

We got particularly excited when we heard the distinctive voice of Alan Oppenheimer as the character Col. Max Wolf. You probably remember Mr. Oppenheimer better as Skelator from the original Masters of the Universe series. Though his career certainly wasn't limited to those roles. On He-Man alone he played Man-At-Arms, Cringer, and Vanity Smurf for The Smurfs. Not to mention his voice over work for the cartoons, Rambo, The Centurions, Filmation's Ghost Busters, The Transformers and so many more.

We only got more excited when we heard the voices of John Erwin (Beast Man) and Linda Gary (Evil-Lyn) from Masters of the Universe.

It's a shame that a vast majority of toy collectors out there don't know about Kenner's Shadow Strikers. The back story included with the toys was;

Lance Heston produces a substance which he calls trasparium. The material is stronger than steel, and has the benefit of also being able to turn invisable. The evil Dr. Viper steals the formula, and bent on world domination forms a terrorist group known as the Evaders armed with vehicles produced from the material. To counter this threat, the government forms its own group of special agents who are assigned to stop the threat. Led by Heston himself, the group call themselves the Shadow Strikers.

Sounds kind of like G.I. Joe, except with clear plastic vehicles that show all the inner workings.

Sadly, beyond that there's not much to say. It was a small niche line that as we said above not many people know about today. The items produced were pretty rad for their time...Oh, wait, that was the 90's, and you couldn't say rad anymore. They were pretty cool for their time. 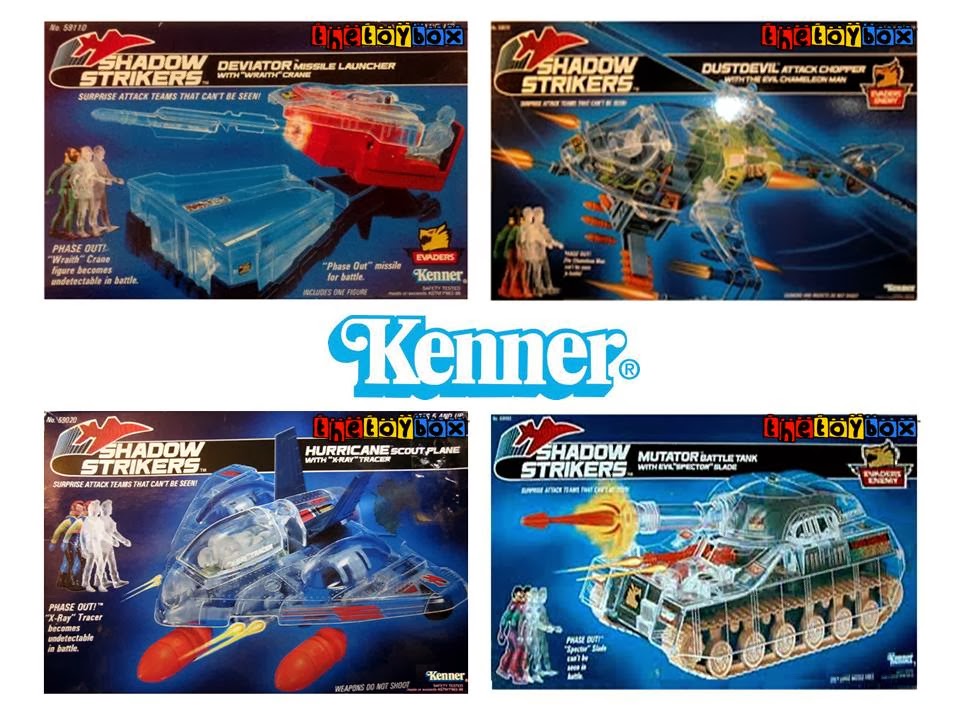 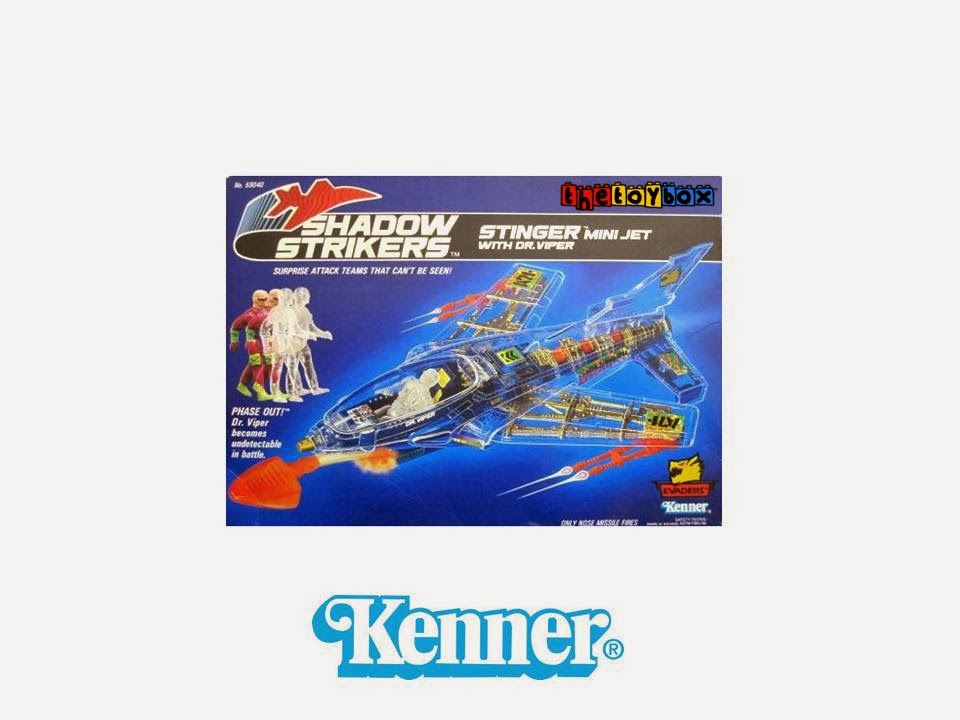 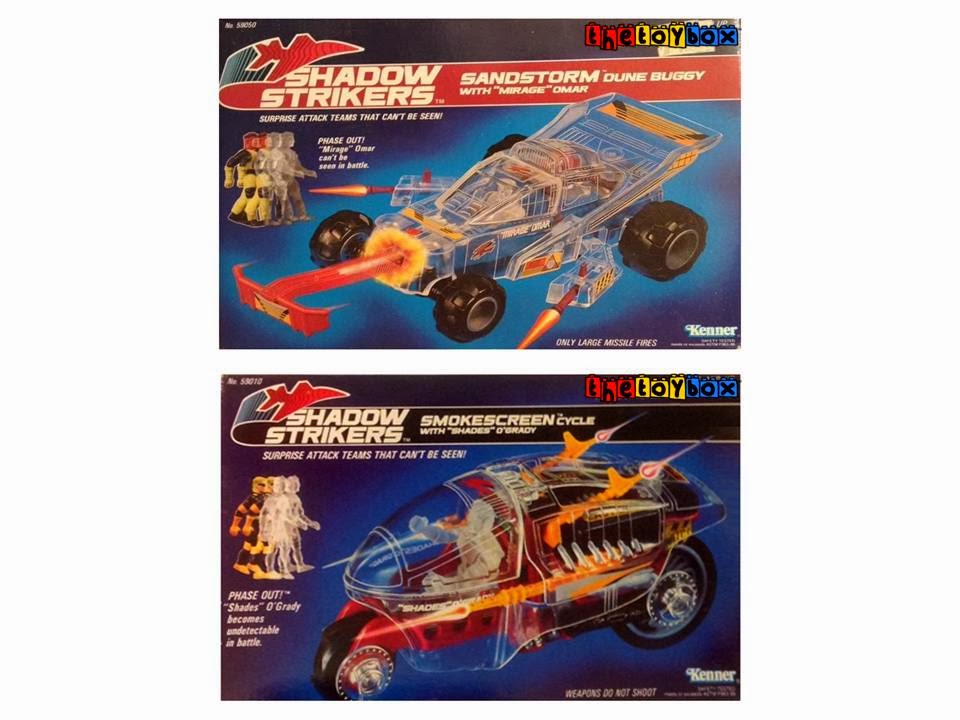 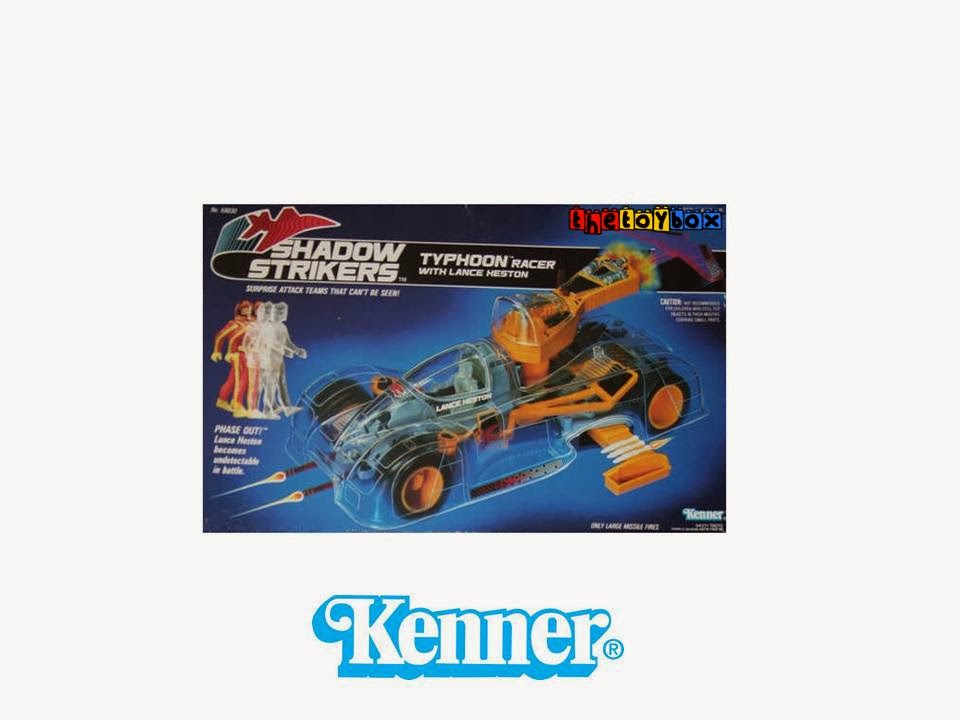 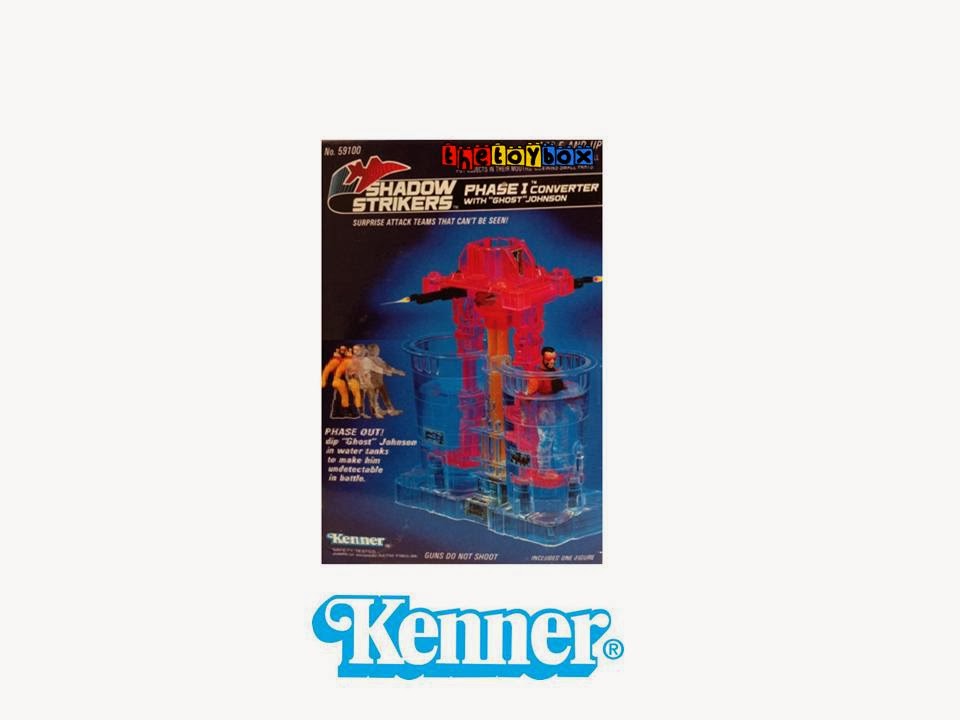 Join us next time when we take a look at Flash Gordon!

Click "HERE" to go back to the home page. For more posts related to this one, please click the labels below.
Posted by The Toy Box on September 04, 2014
Email ThisBlogThis!Share to TwitterShare to FacebookShare to Pinterest
Labels: 1990's, Kenner, Shadow Strikers