Flash Gordon wasn't really something we took an interest in until we saw the film staring Sam Jones on Laserdisc back in the early 80's. Not only was that our first step into the world of the character, but also our introduction to the band Queen. Of course the Mego line below has nothing to do with either that particular movie nor the band Queen.

No, this 1976 version of the toys was based heavily on the comic book and serials of the original era of the character. It's a real shame that only four figures got produced as the world of Flash Gordon encompasses so many races that the possibilities were all but endless. 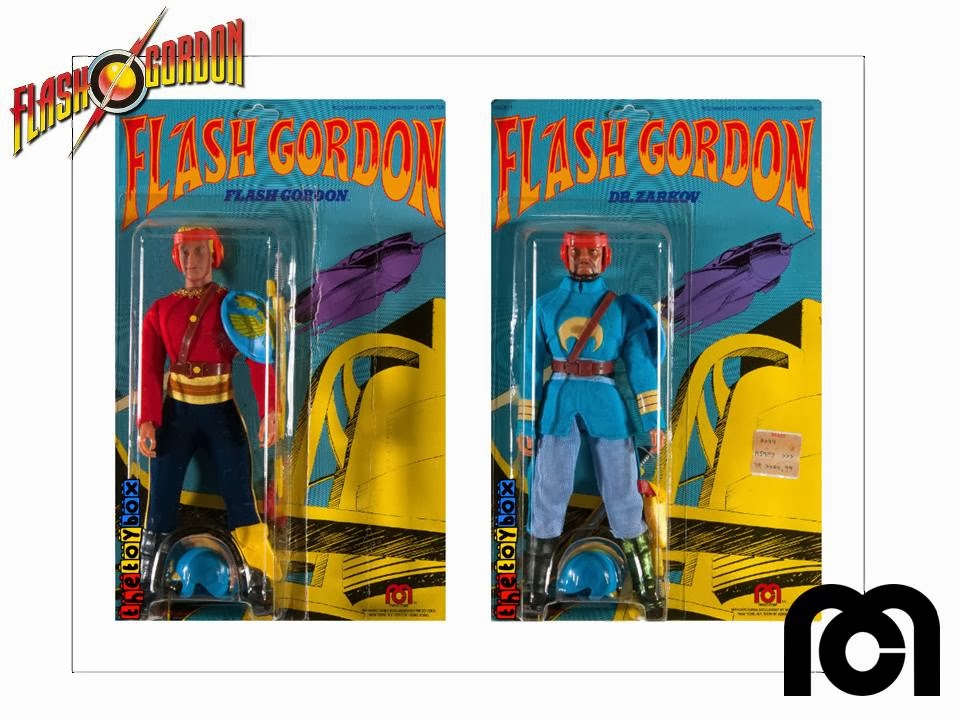 Though the artwork of the cardbacks are fairly bland, the overall color scheme really comes together with the figures, making for one fine piece of eye candy. 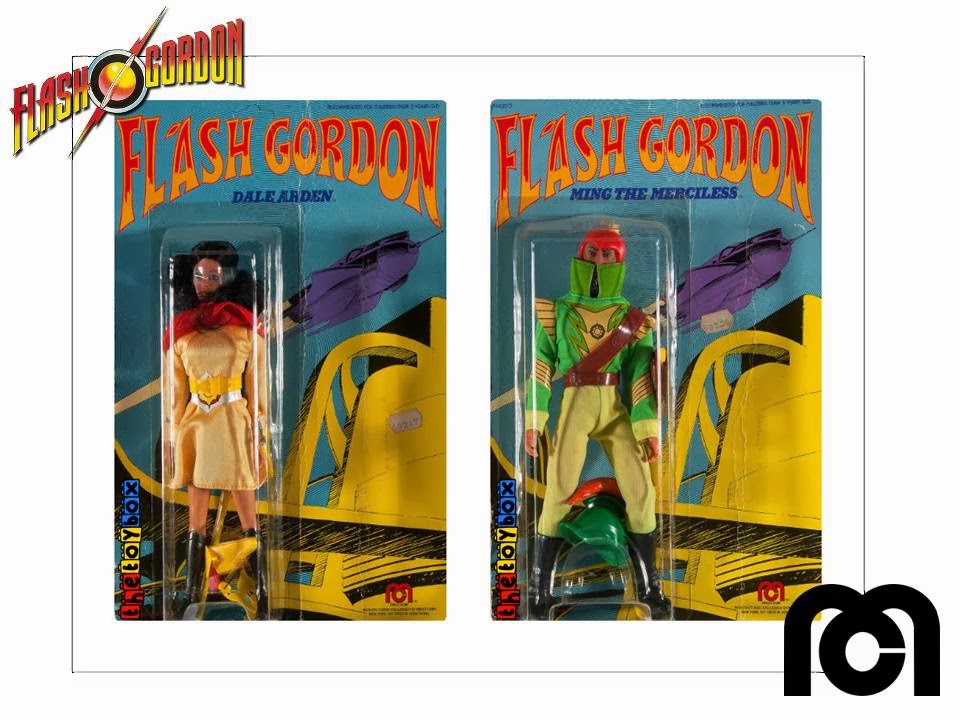 Mego loves producing massive playsets, and the one produced for this particular series was no exception. This fold out playset measured 12.5" X 15.25" X 11", and included decal stickers, a computer, throne and several card accessories. 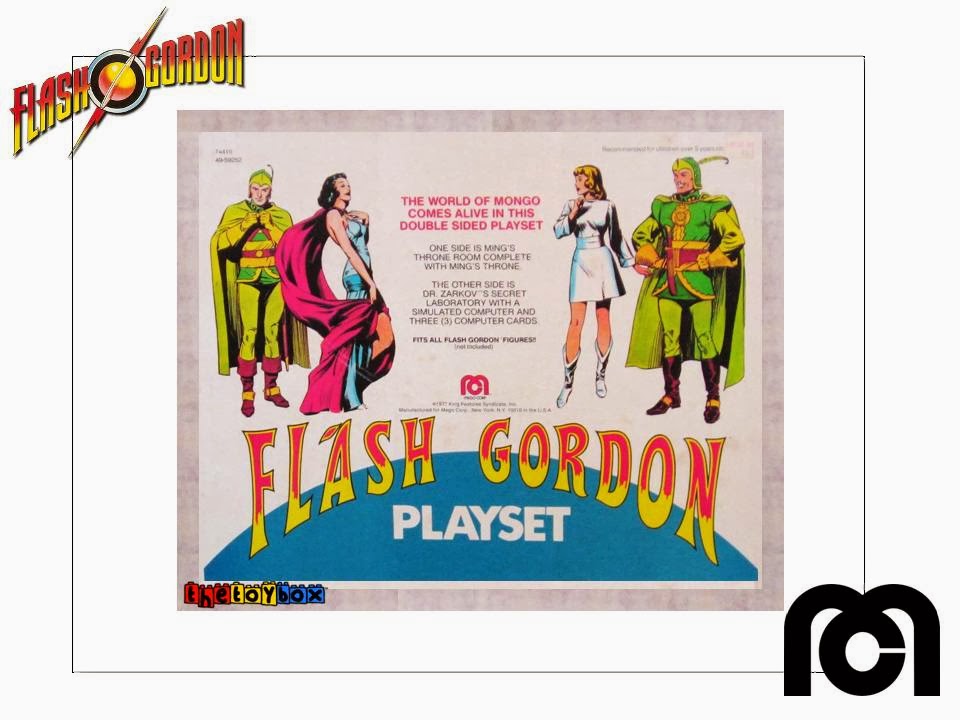 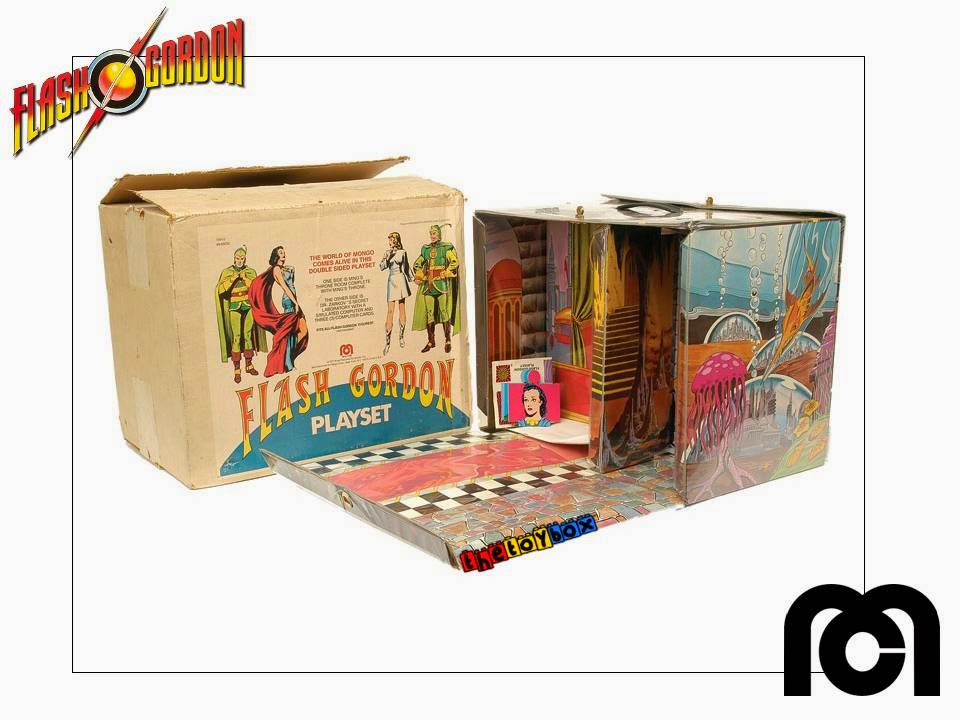 Join us next time when we take a look at Thundarr the Barbarian!

Click "HERE" to go back to the home page. For more posts related to this one, please click the labels below.
Posted by The Toy Box on September 08, 2014
Email ThisBlogThis!Share to TwitterShare to FacebookShare to Pinterest
Labels: 1970's, Flash Gordon, Mego