Yvonne Craig, aka Batgirl, should have taken the money and ran.

When Mattel announced that they would be producing a line of action figures based on the 1966 classic Batman television series we were both excited and confused. It was great to see a series of action figures finally come to light on one of the most memorable television series of all time, but at the same time boy was it late to the party. We're talking about a show that is coming up on it's fifty year anniversary in just two years.

Standing at six inches tall, each figure is meticulously sculpted and designed to match it's 1960's actor counterpart. The attention to the costumes is meticulous, and the feel of nostalgia, despite the series being relatively new, is still very much there. These are the kind of figures that fans in the 60's would have done almost anything to get their hands on. 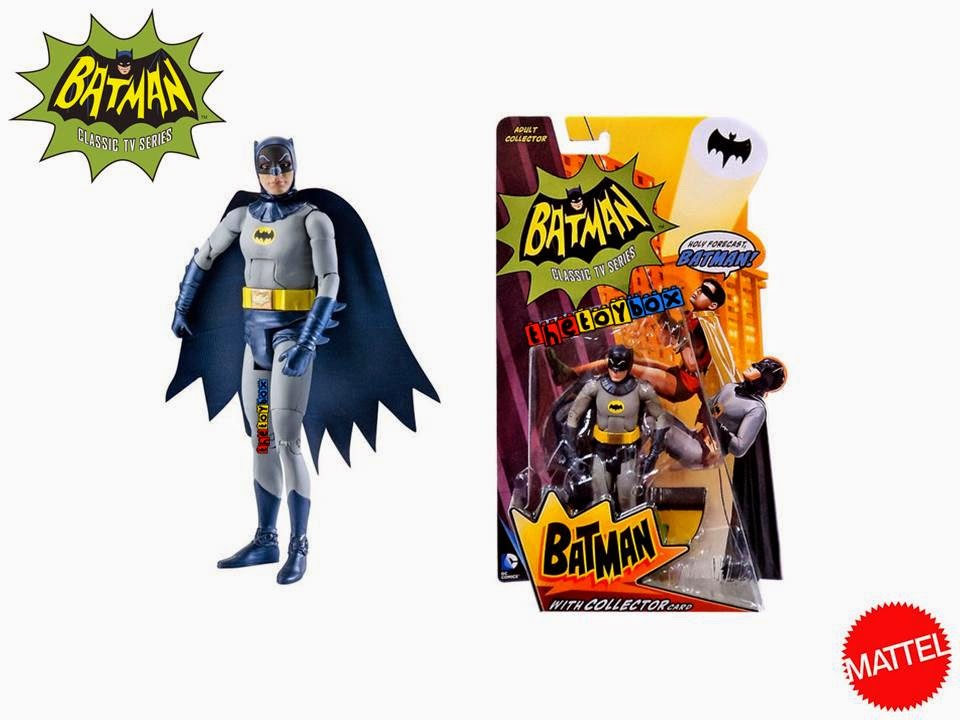 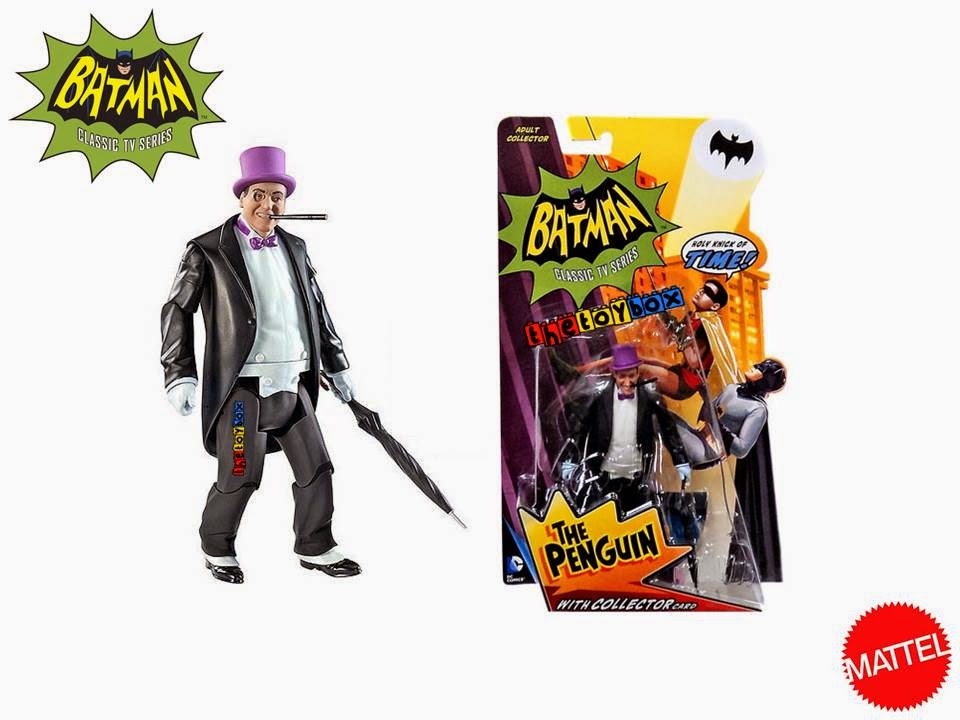 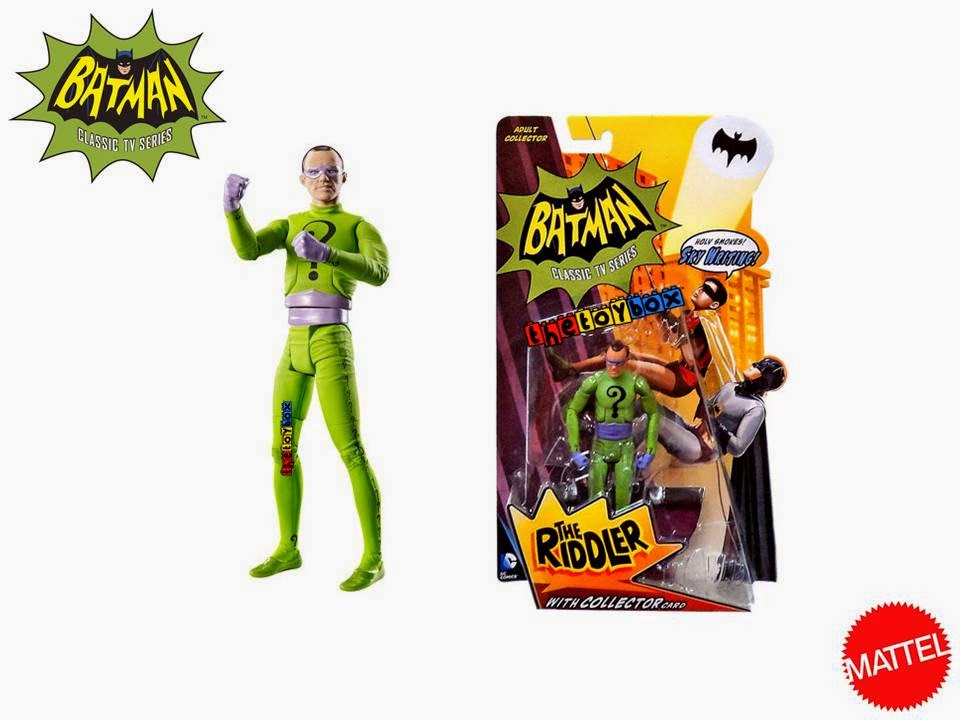 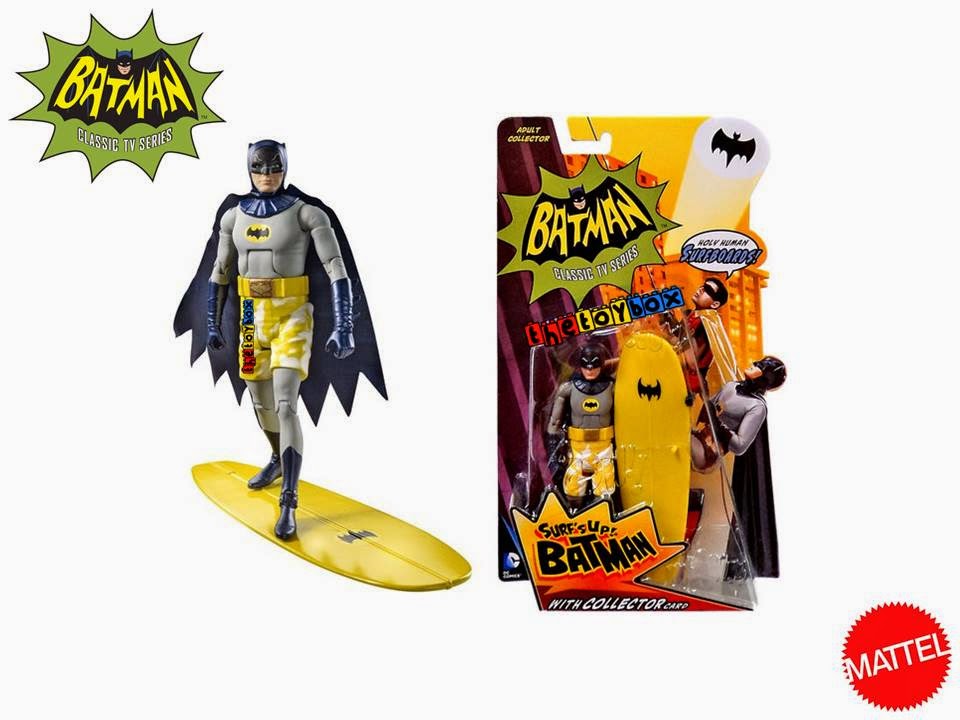 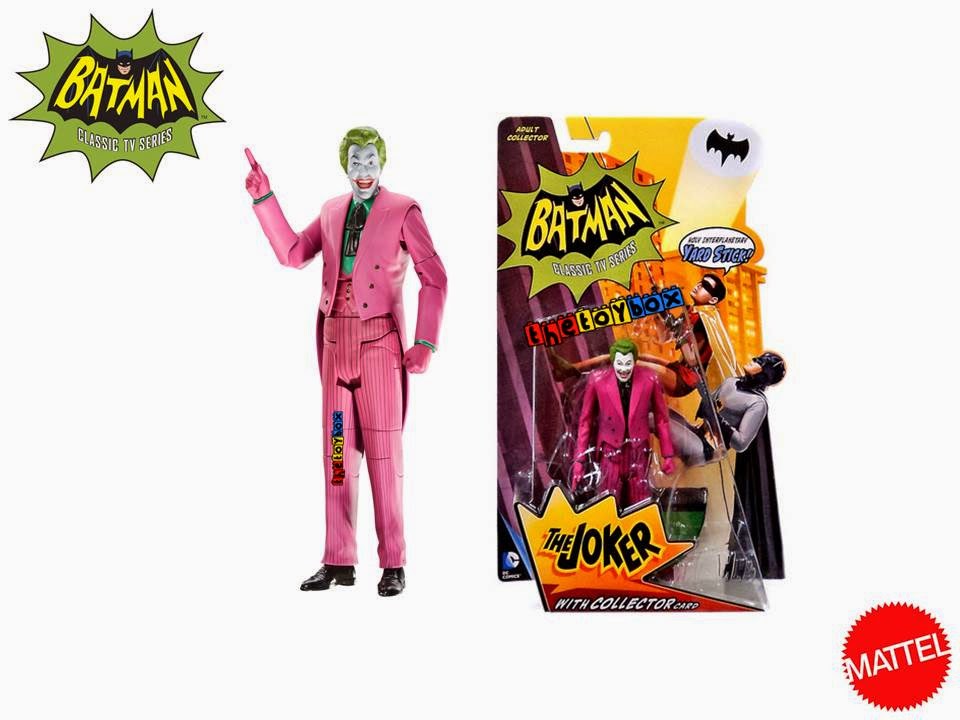 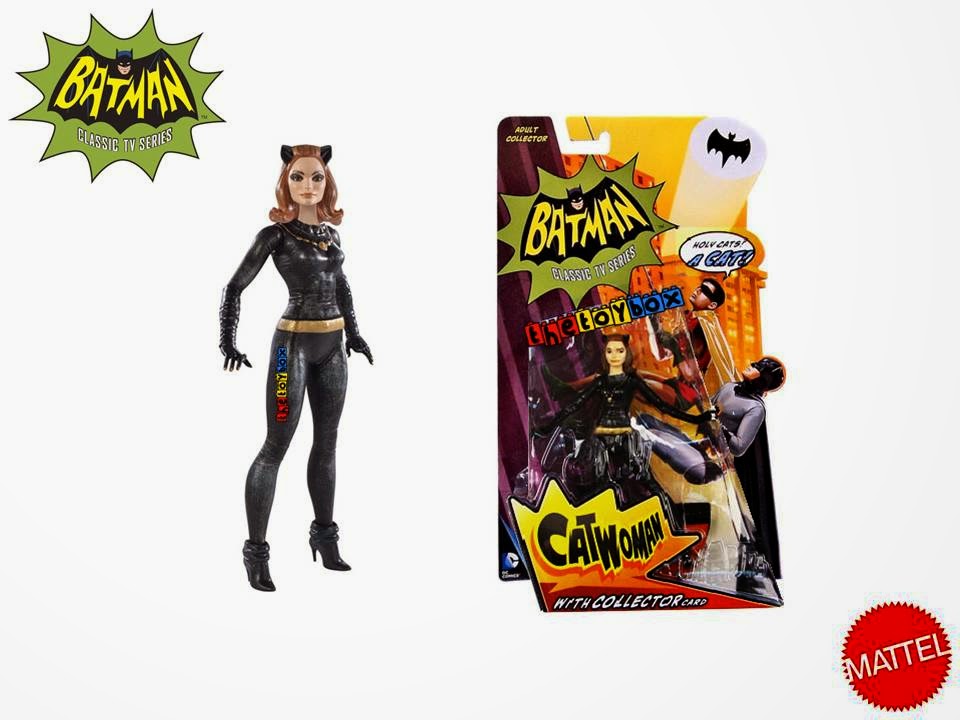 As of now, the only way to get your hands on Robin is to buy the deluxe two pack which features both Batman and Robin as well as a sculpted building facade to act out all those fun scenes from the show where the two were seen climbing the side of skyscrapers. 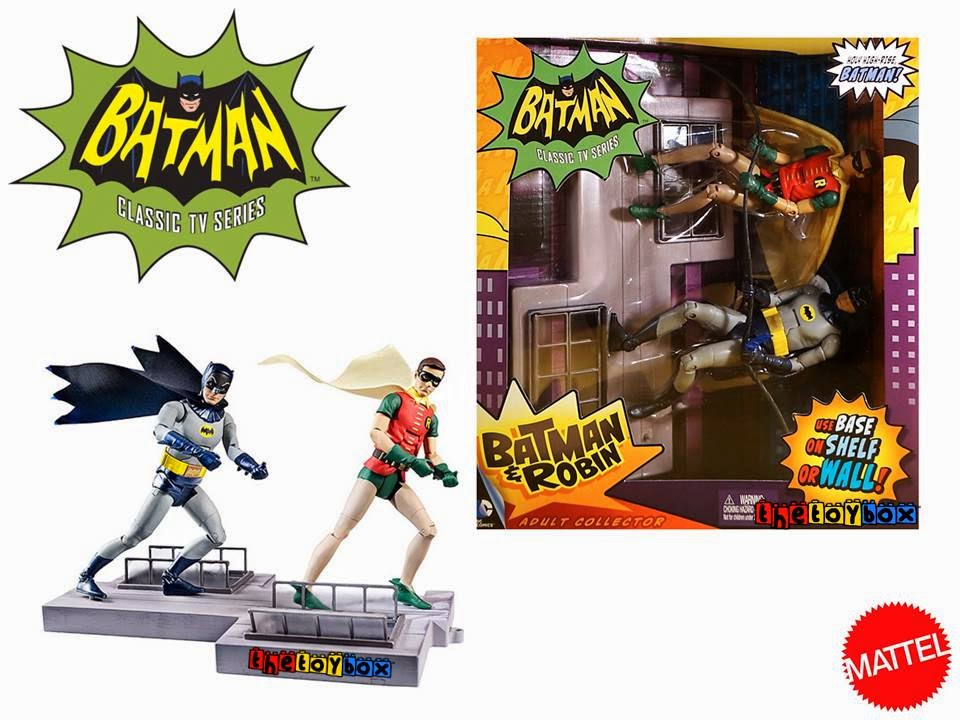 The San Diego Comic Con excluisve Batusi TV was actually the first figure to be sold for the line. It featured a custom Batman figure with his fingers sculpted in a "V" to capture one of the most memorable moments of the dance. The figure also had a button on its back to create motion in the arms which only added more fun to it.﻿ 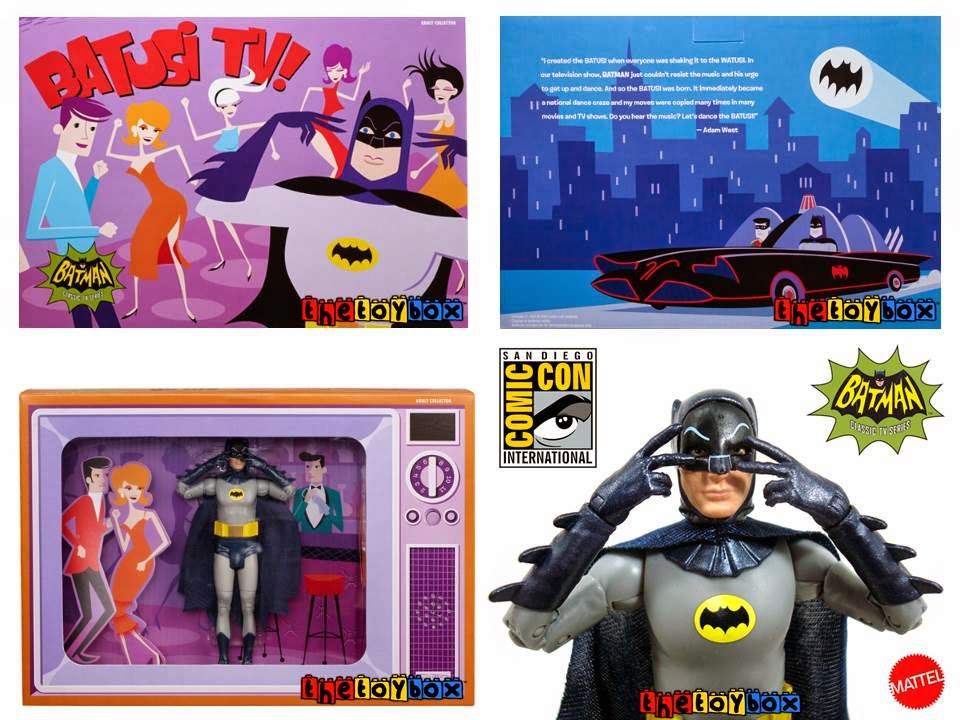 Vehicles are a tough sell these days, and it seems like the majority of new lines are looking to get them out there in an exclusive fashion. Such is the case with the Toys R' Us exclusive Batmobile. This is one of the ultimate versions of the iconic vehicle ever produced. 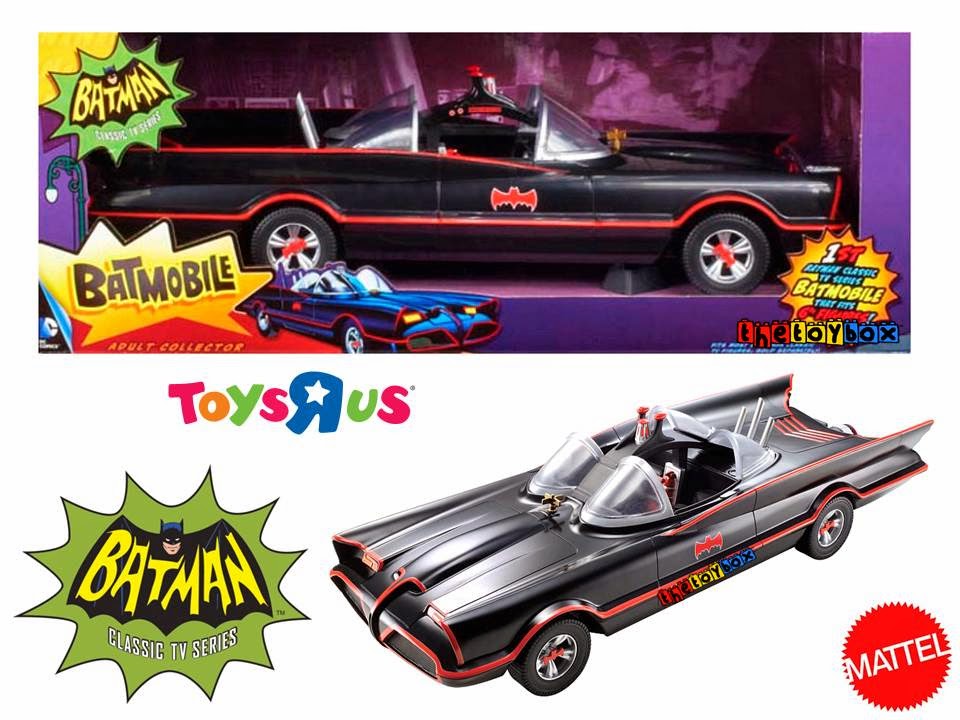 Though the series appears to be selling well, there is a lot of confusion among collectors as to whether or not the line has been cancelled, or will continue. Since its initial announcement, and the release of waves one and two of the figures, the line has fallen a bit stagnant with the only news of any new figures being in the form of a Surfs Up Joker - Which in and of itself is a disappointment to many fans as it's nothing short of the first Joker figure with a pair of green trunks slapped over his purple suit, and a green surfboard accessory. Sorry Mattel, but at twenty bucks a pop you're going to have to do better than that.

Images of Surf's Up Joker have been added. 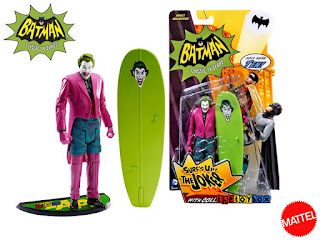 It has been confirmed that Mattel was hitting a lot of brick walls in terms of obtaining likenesses of the characters from the actors, and this could be a big part of what's holding the line up, and/or potentially dooming it in the long run. It has been stated by many collectors that their most recent issues were with actress Yvonne Craig, who held out on signing her likeness over because she felt the line would be much more successful, and wanted more money. While this may or may not be true, it stands to reason that a line can't be successful without figures, and no likenesses means no figures. Nice catch 22.

Catwoman was released as an exclusive at SDCC 2015. There is no word as to whether or not she is the last to be released in this series, or if more figures are coming. 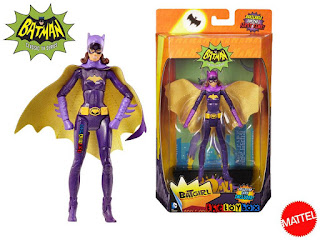 Sadly, shortly after the above update, Ms. Craig passed away of complications due to breast cancer on August 17, 2015. She will be missed. It's fortunate for fans that they have this perfect opportunity to immortalize her character of Batgirl in plastic form. She will be missed by many.

Fans will also be delighted come November 2014 when they can (for the first time ever) purchase an official release of the complete Batman television series. All 120 episodes have been re-mastered in full HD for this once in a lifetime release. Warner Bros. is definitely bringing fans of the series a release that many have long been waiting for.

Join us next time when we take a look at The Ren And Stimpy Show!

Click "HERE" to go back to the home page. For more posts related to this one, please click the labels below.
Posted by The Toy Box on September 22, 2014
Email ThisBlogThis!Share to TwitterShare to FacebookShare to Pinterest
Labels: 2010's, Adam West, Batman, Batman Classic TV Series, Burt Ward, Mattel