The Hardy Boys are no strangers to the world of pop culture. Since their inception in 1927, the characters have been revised and reworked to keep current with trends, and in doing so have continued to stay as popular today as they were over the past seventy plus decades.

These iterations from Kenner are based on the 1977 - 1979 television series renditions as portrayed by Shaun Cassidy and Parker Stevenson for The Hardy Boys/Nancy Drew Mysteries. The show originally included Pamela Sue Martin as Nancy Drew, who was later recast (see below). The series ran for three seasons, encompassing forty-six episodes.

Though Pamela Sue Martin found a great boost in popularity in 1978 with her cover-featured pictorial in Playboy magazine, those backing the show felt it was the wrong sort of publicity. The end result was Mrs. Martin being dropped from the show that same year. She was replaced by Janet Louise Johnson.

Kenner backed the series up with two twelve inch dolls based on Joe (Cassidy) and Frank (Stevenson) Hardy. The same respect wasn't paid to either actress who portrayed Nancy Drew. 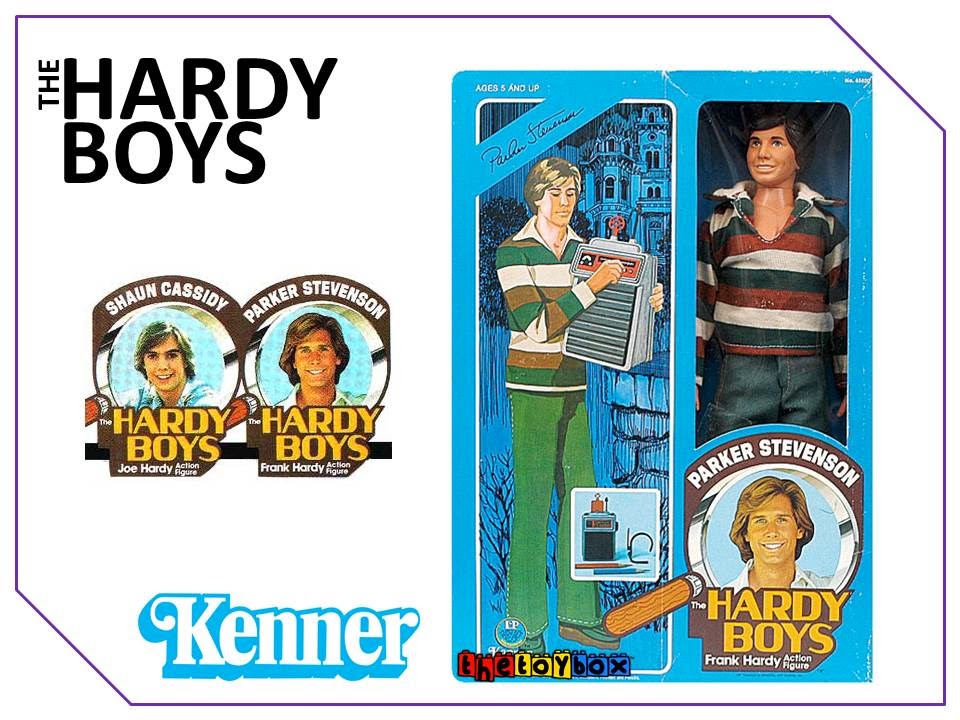 The dolls are more difficult to find in their packages these days, but still don't seem to fetch that much on secondary markets when you find them. Forty to sixty dollars seems to be the most people are paying for them. Loose you can grab them for five to twenty dollars depending on whether or not all the accessories are accounted for.

Join us next time when we take a look at Masters of the Universe Mini-Statues!

Click "HERE" to go back to the home page. For more posts related to this one, please click the labels below.
Posted by The Toy Box on September 29, 2014
Email ThisBlogThis!Share to TwitterShare to FacebookShare to Pinterest
Labels: 1970's, Frank Hardy, Joe Hardy, Kenner, Parker Stevenson, Shaun Cassidy, The Hardy Boys, The Hardy Boys Nancy Drew Mysteries