These days the original film, Tron, has more of a cult following than a fan base.  That's not to say that those who do follow it aren't "fans", but that unlike other highly successful films which even casual viewers can leisurely view here and there, the bottom line with Tron is you either like it, or you don't.  Even at the time of its release, while it received great reviews for its visual work, many critics felt rather harsh towards the actual story.  In short, many considered it to be boring and lacking any depth.

During its production phase, Disney had high hopes for the film.  So much so that they even licensed with Tomy to create a line of toys based on it.  Much like the film, the toys dazzled a very select few, and failed to sell as well as anyone hoped.  It came and went with just four figures and two vehicles. 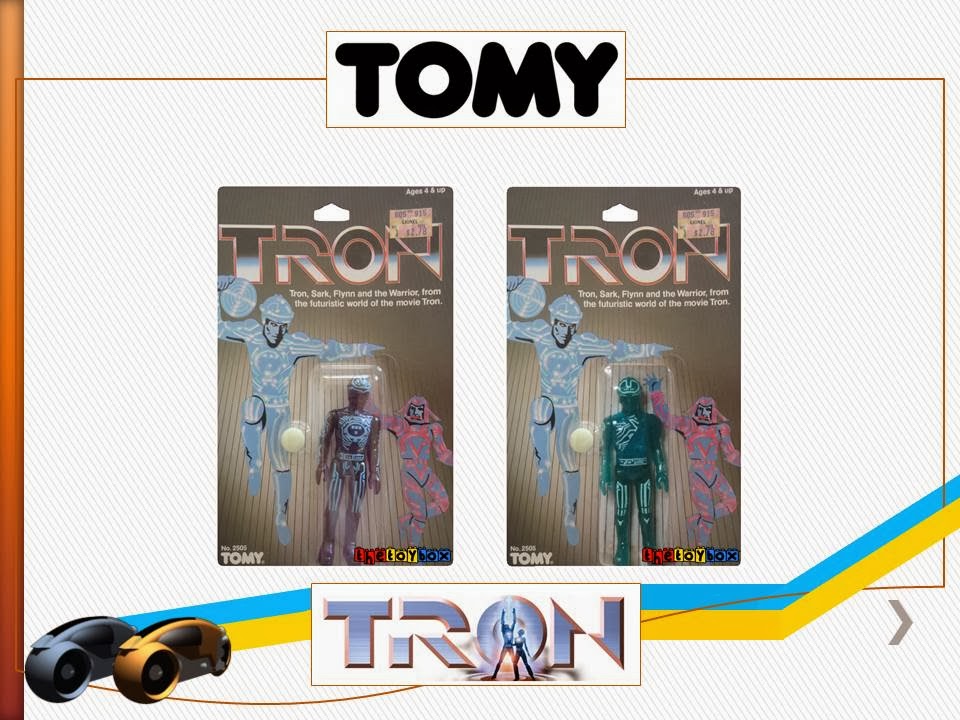 Tron*Flynn
The figures were designed using colored, yet translucent(ish) plastic which was highlighted with white lines to depict the CGI costumes from the movie.  There were two "good guys" (blue), and two "bad guys" (red).  Three of the figures came with little white discs, and the Warrior figure included a staff. Sark*Warrior
Probably the best items to come from the line are the two Light Cycle vehicles which included a plastic "rip and ride" feature.  Basically, you inserted the flexible plastic "cord" which had "teeth" on it, pulled it out fast, which in turn spun the wheels to make it go when you put it down.
﻿ 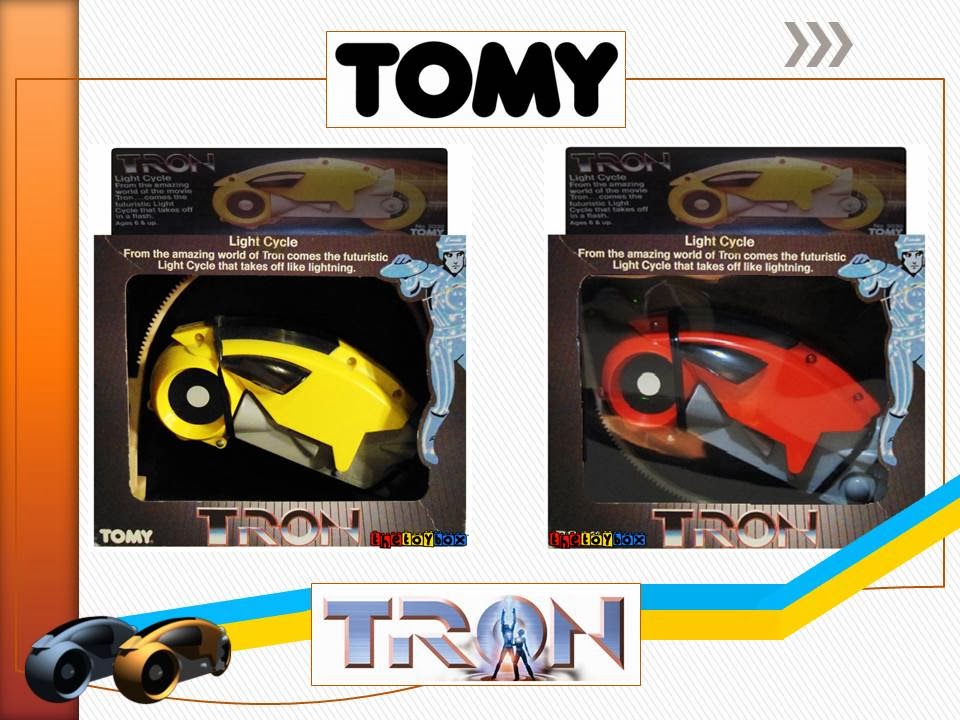 Light Cycle (yellow)*Light Cycle (red)
These days, the original Tomy Tron toys sell much better than they used to - Mainly because many toy collectors find the line to be cheap and easily accessible.  Though there are still die hard fans of Tron who have added these pieces to their collections as well.  Their popularity was also mildly boosted in 2002 when Neca released them all again using the same molds and package designs.  Neca even included a blue Light Cycle in the bunch along with the yellow and red ones.

Join us next time when we take a look at Clash of Titans!

Click "HERE" to go back to the home page. For more posts related to this one, please click the labels below.
Posted by The Toy Box on July 17, 2014
Email ThisBlogThis!Share to TwitterShare to FacebookShare to Pinterest
Labels: 1980's, Disney, NECA, Tomy, Tron