Mr. T did indeed, "Pity the fool."  Sadly that fool was George Peppard who failed to see that T was the star that kids around the world tuned in to see on the A-Team, and not him.  Rather than embrace this aspect, and capitalize on it, the aging actor grew jealous, and made co-stars and producers of the series more than aware of his dislike for the man.  For a great in depth look at this check out Justin Lee Collin's Bring Back...The A-Team (or any of the Justin Lee Collins Bring Back... episodes for that matter - They're all incredibly entertaining).

While producing a highly insulting series of figures based on the A-Team in 1984, Galoob also managed to produce a more respectful "doll" line based on Mr. T.  Both a standard and talking version were produced, and both skyrocketed in popularity with children.  Mr. T was the baddest mutha of them all, but in a respectful way to his mother, and kids of all ages looked up to him, making him a very iconic - very rich - young man. 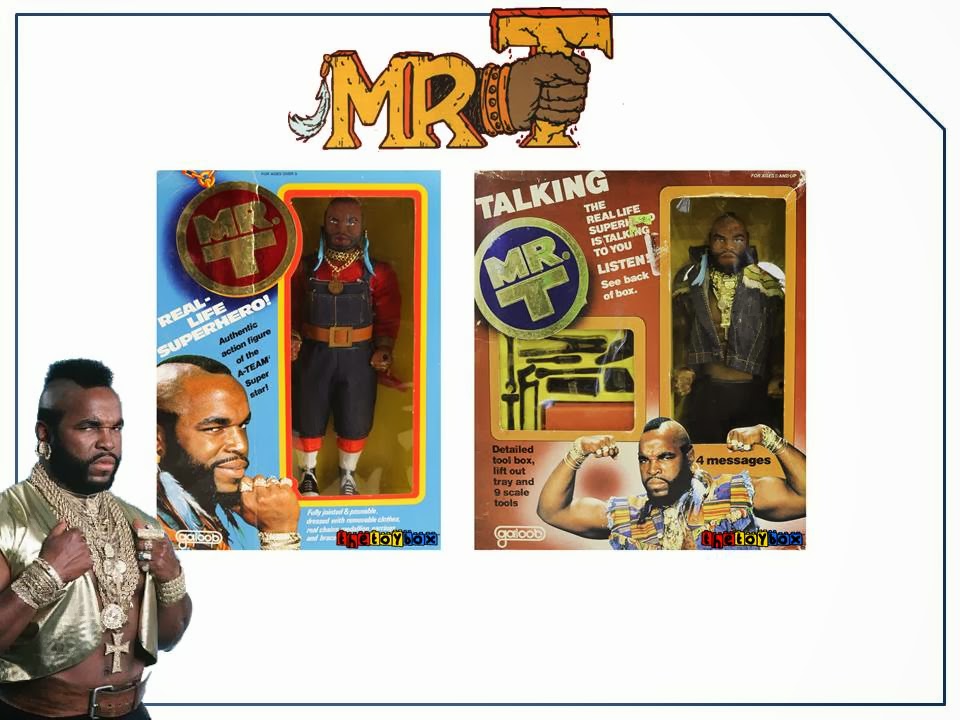 Though a pull of the string didn't have Mr. T spouting things such as "Hey, sucka," or things of that nature, it did include one of four phrases including;

And one other that just wasn't working right, and we couldn't understand.

Galoob also produced two lines of accessories/clothing for the doll. 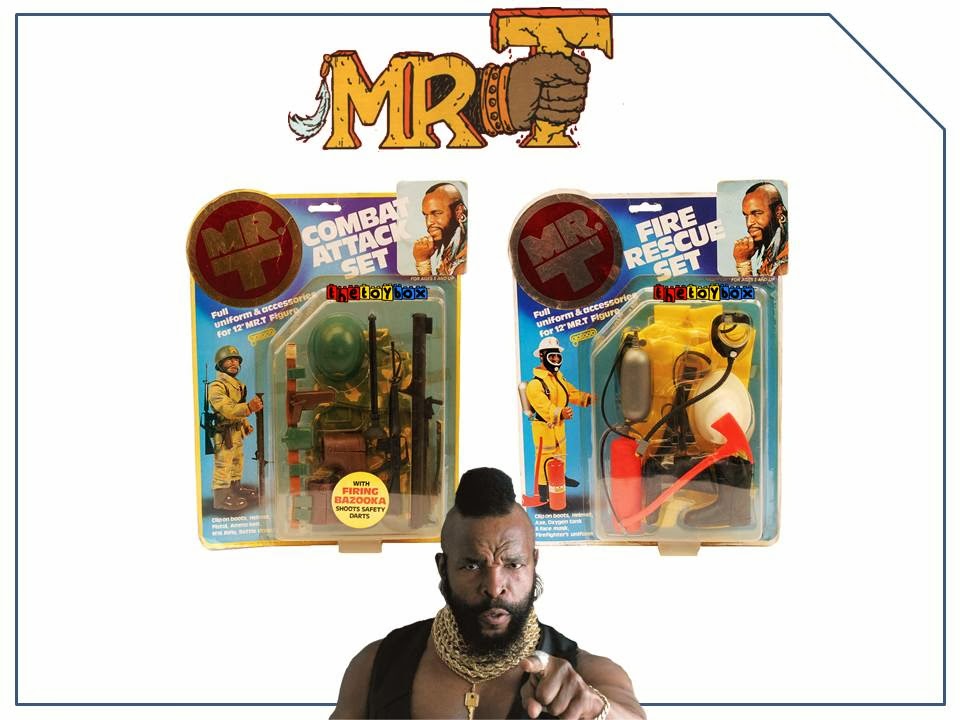 The last item produced (at least in the US) was the smaller Wrestling Mr. T figure.  It doesn't really incorporate into this particular line, but it incorporates well into the other wrestling figures of this era from the various toy companies. 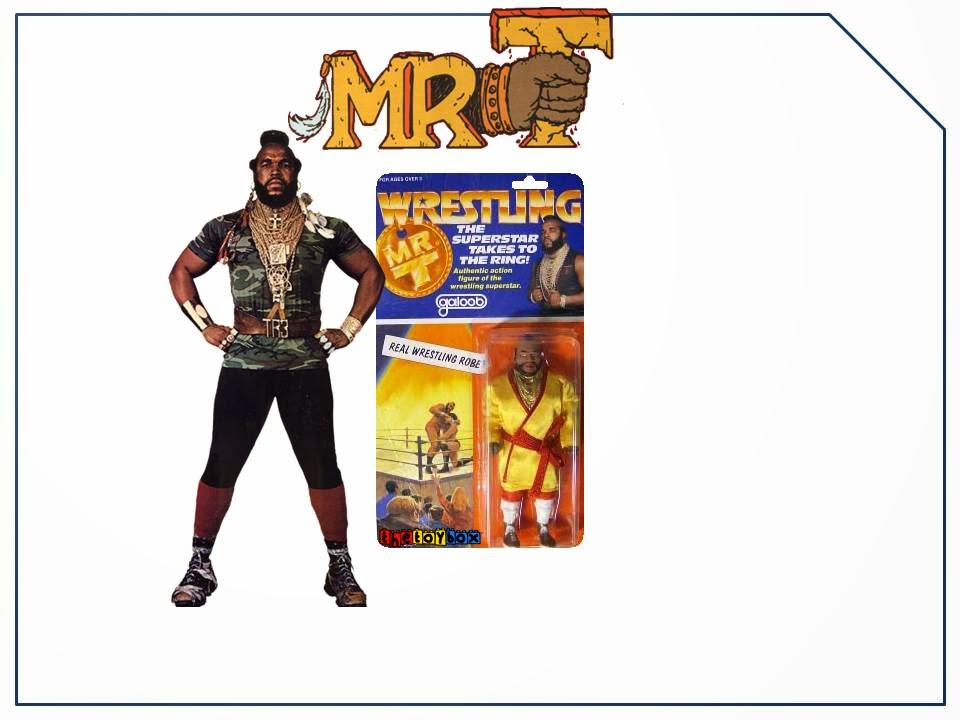 If you have a chance, check out the original commercial for the Mr. T doll.  It's a riot.  It depicts kids with balled up fists just punching away on the doll, all to a jingle about how T is tough and mean.  These days, that kind of commercial wouldn't go far with parents.

Click "HERE" to go back to the home page. For more posts related to this one, please click the labels below.
Posted by The Toy Box on July 10, 2014
Email ThisBlogThis!Share to TwitterShare to FacebookShare to Pinterest
Labels: 1980's, Galoob, Mr. T, The A-Team