Clash of the Titans (Mattel)

Clash of the Titans
Mattel
1982

Ever since Kenner struck gold with the vintage Star Wars toys in 1977, every toy company clamored to latch on to the next speculated big blockbuster Hollywood hit, and develop a toy line.  Unfortunately for most, it just didn't pay off.

Such was the case with Mattel's 1982 line of toys based on Clash of the Titans.  Despite the film being highly regarded as the reason most people today know of the story of Medusa and Perseus, and becoming one of the most noted sci-fi/fantasy films of its time, it wasn't really geared towards children, and as a result most kids didn't know or care about the toys.

The series only saw a total of four figures produced, and two "beasts".  The four figures included Perseus, Thallo, Calibos and Charon, while the beasts featured the infamous Pegasus and Kraken.  A second release of Pegasus would also include the figure Perseus, though both are simply a repacking of the single packed figure and beast. 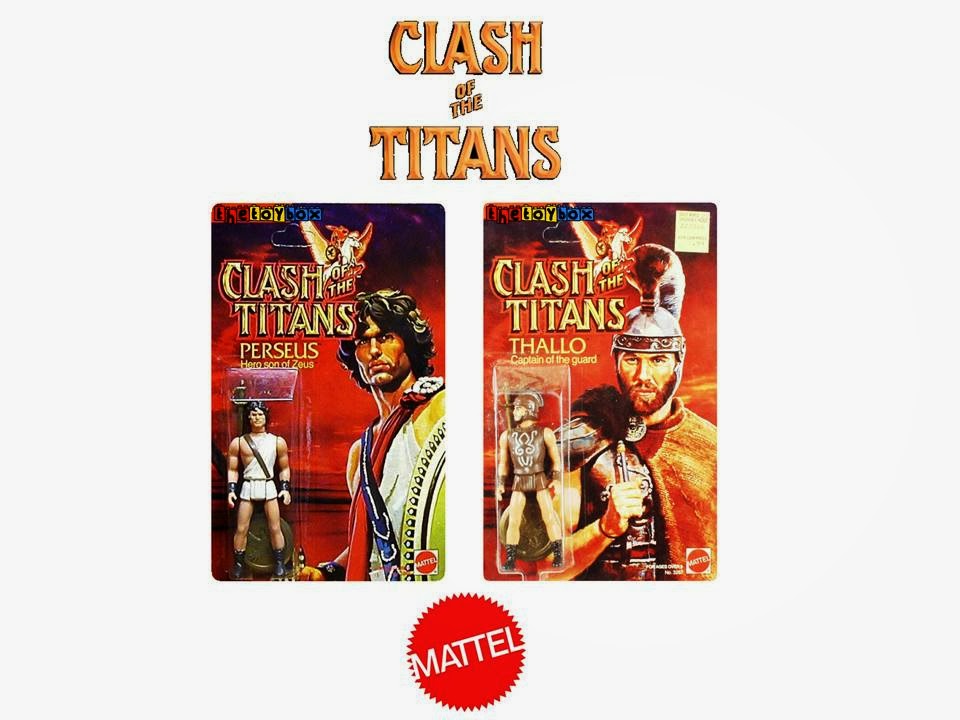 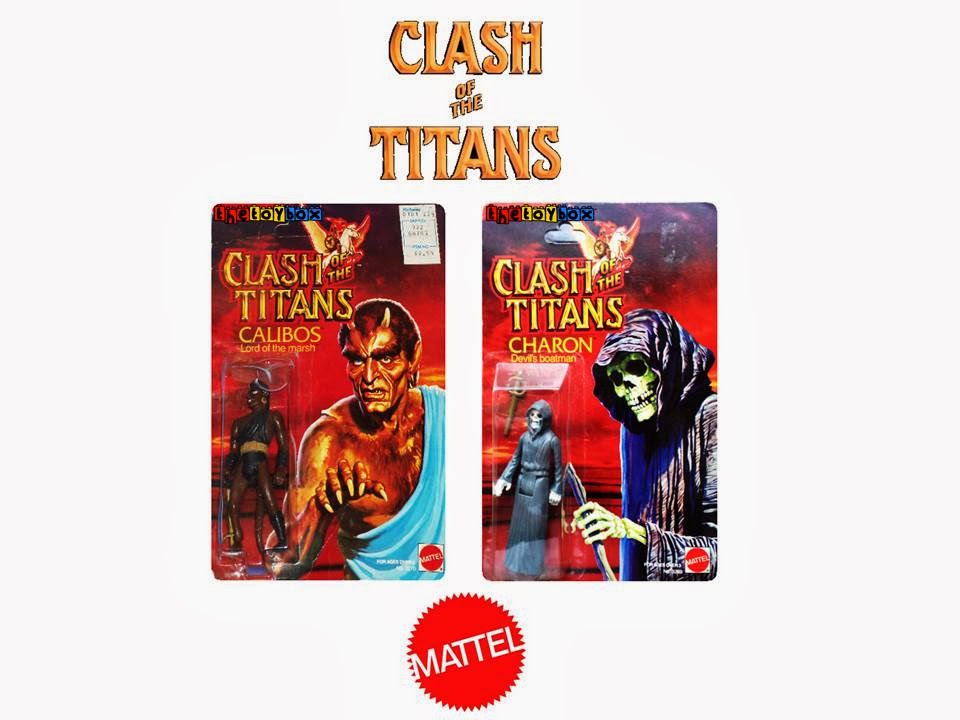 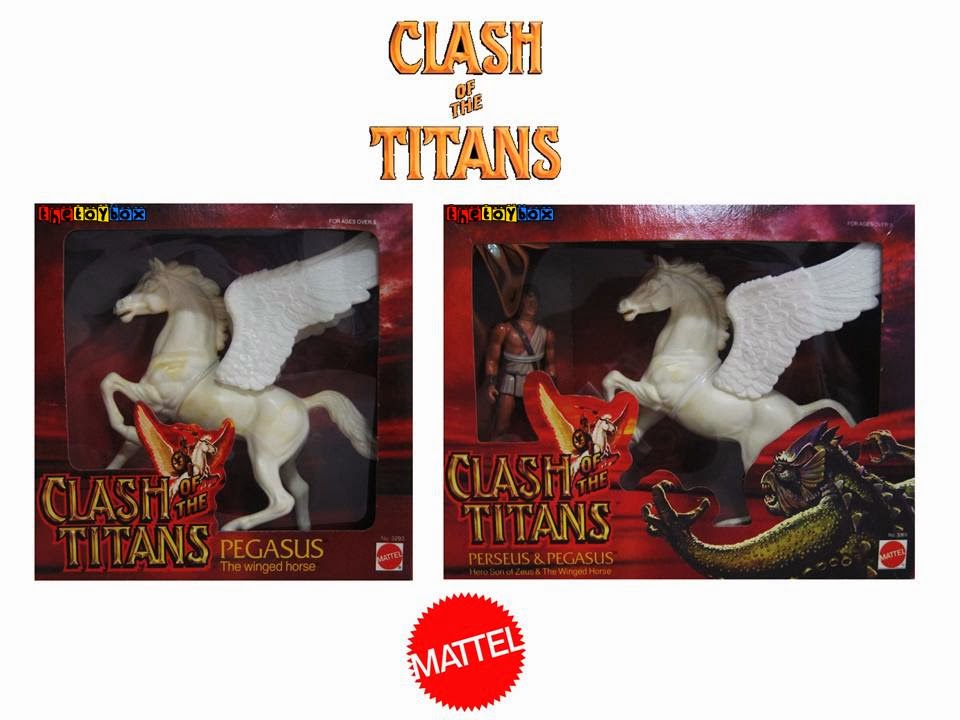 These days the Kraken beast is a difficult one to track down both complete and in the box.  Many loose pieces contain broken parts, and boxes are few and far between.  A complete Kraken beast with the box can fetch close to a thousand dollars, and is considered a "Holy Grail" for toy collectors.﻿ 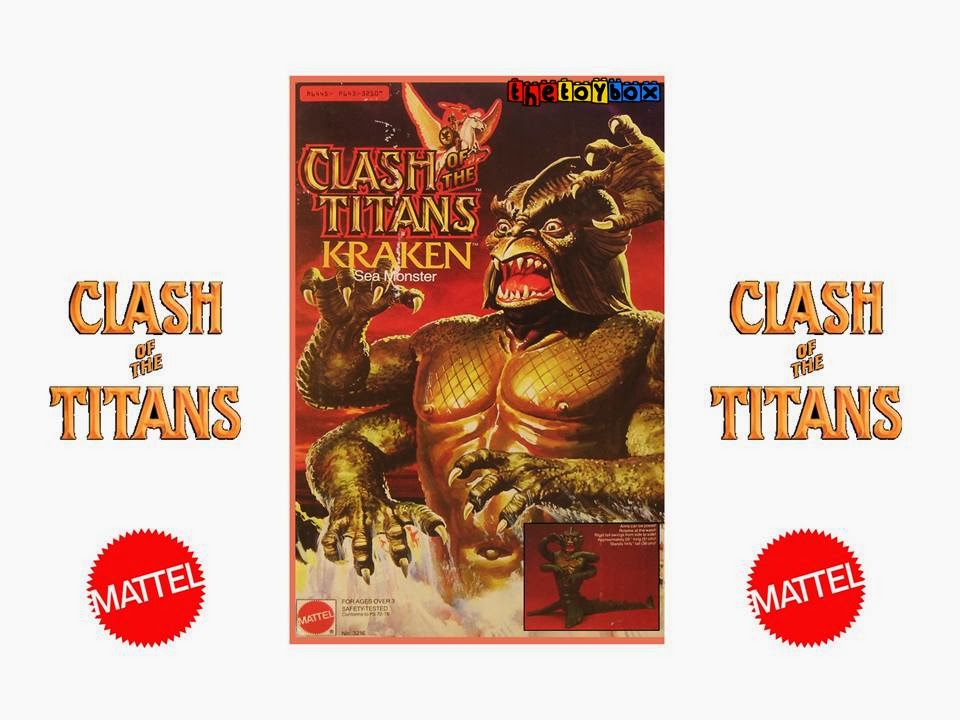 The film remains a top cult classic feature to date, with the toys being more so collectible these days than when they were first released.  Mind you, this is no collection for the faintest of collectors as a complete sealed set can cost well over a thousand dollars, and again, that's if you can even find the Kraken.

Join us next time when we take a look at The Beatles Saturday Morning Cartoon!

Click "HERE" to go back to the home page. For more posts related to this one, please click the labels below.
Posted by The Toy Box on July 21, 2014
Email ThisBlogThis!Share to TwitterShare to FacebookShare to Pinterest
Labels: 1980's, Clash of the Titans, Mattel