We were very surprised by the reception of our post on The Beatles: Yellow Submarine figures. We knew the group was popular, but we didn't know so many "hits" would amass from one single obscure toy line.

Forty-eight episodes encompass what is known as The Beatles Saturday Morning Cartoon series. While all four Beatles are represented in the series, oddly enough just two people provided all the voice overs; Paul Frees (John and George) and Lance Percival (Paul and Ringo).

Several shorts encompassed each full episode, and each was designed to set up a visual illustration of the full song featured in the skit. Though during this time the band moved on in both look and style in their personal lives, the show insisted on depicting them in their clean suited mop top look. The producers did however incorporate real photos of the band during the intro which showcased their more contemporary looks.

When the series original aired the band voice their dislike of it, and refused any involvement beyond their music being utilized. It was because of this series that when the feature film "Yellow Submarine" was produced that the band declined to be involved in that as well. It wasn't until seeing the finished product of the film that they agreed to provide a live action epilogue.

Much like the Yellow Submarine figures, these Saturday Morning Cartoon renditions are incredibly difficult to track down, especially at a reasonable price. Individual figures can sell upwards of $45.00 a piece, though if you act fast, on occasion you can find them for about $25.00 a piece.

Even rarer is finding someone selling a complete set. If you do manage to find a complete set being sold by one person, a lot of times they seem to think that having said set deems double the asking price. 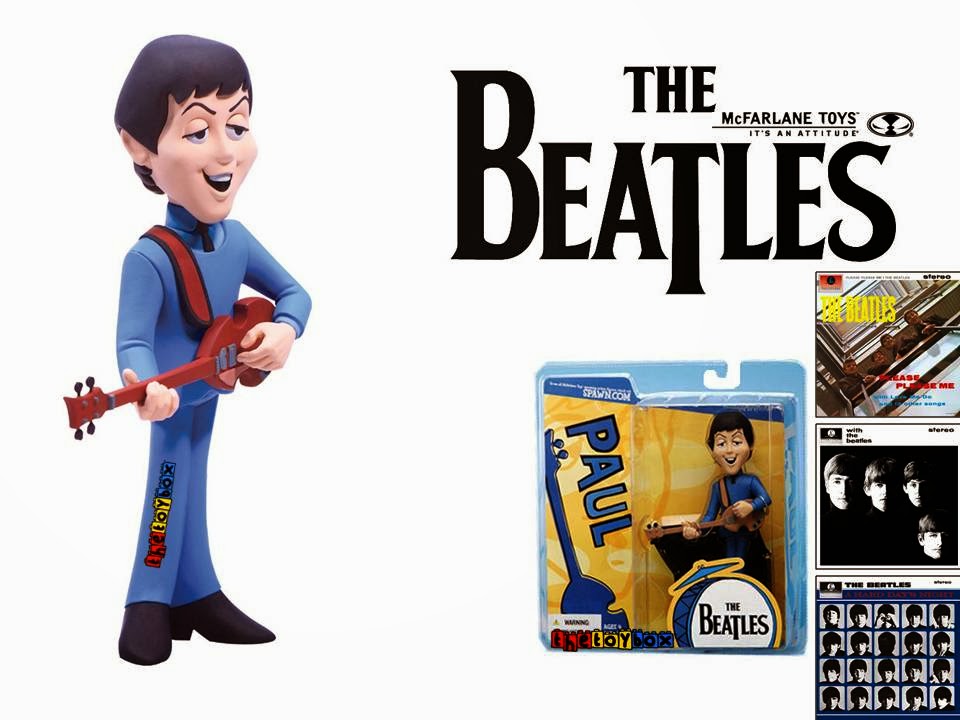 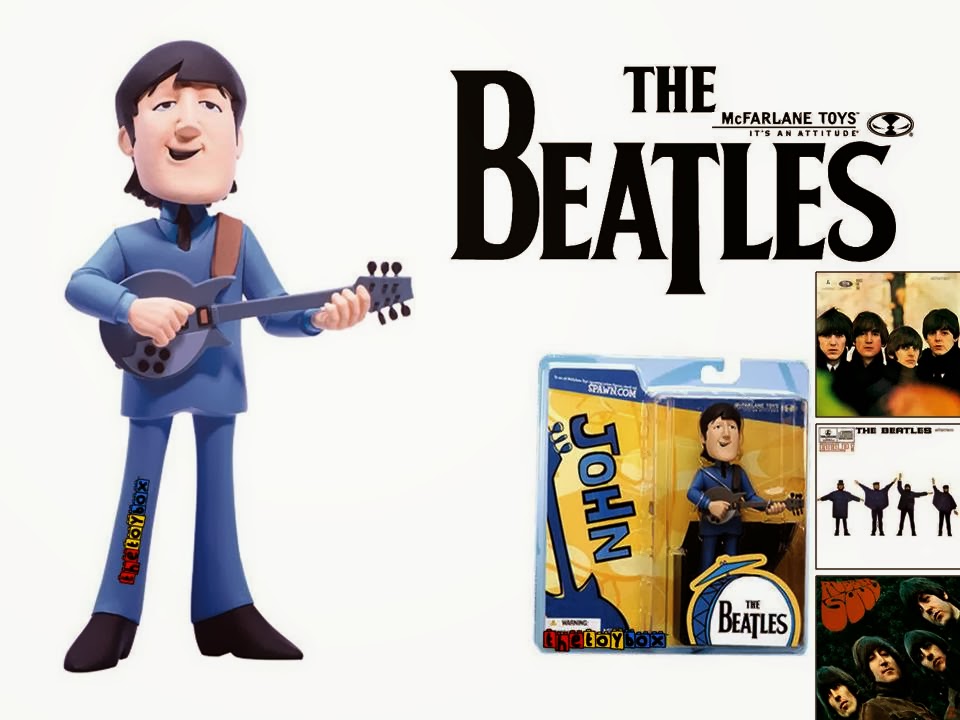 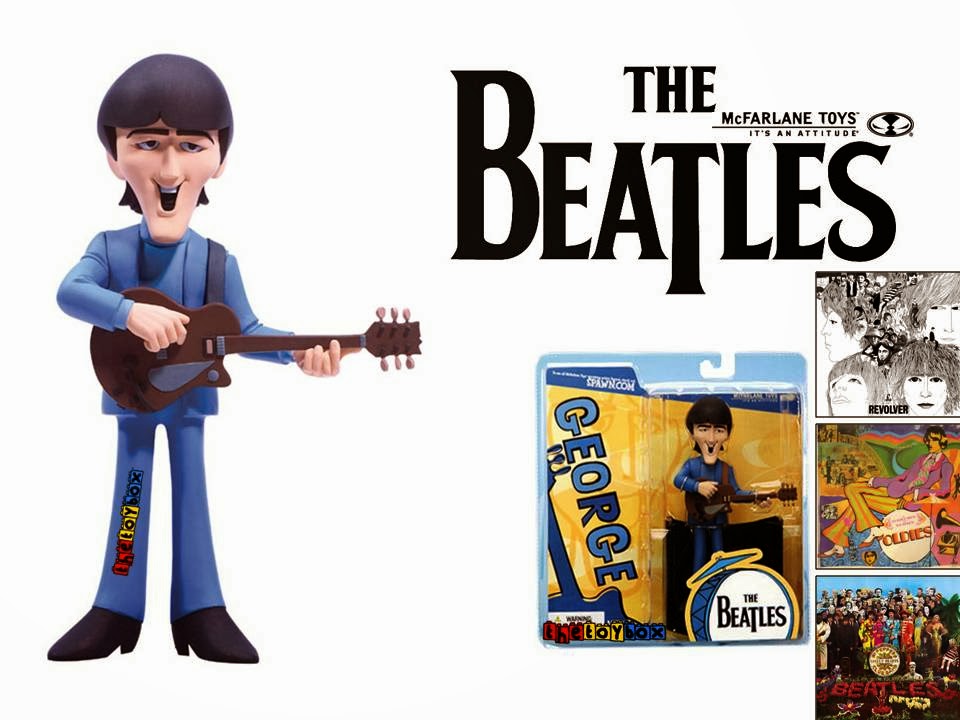 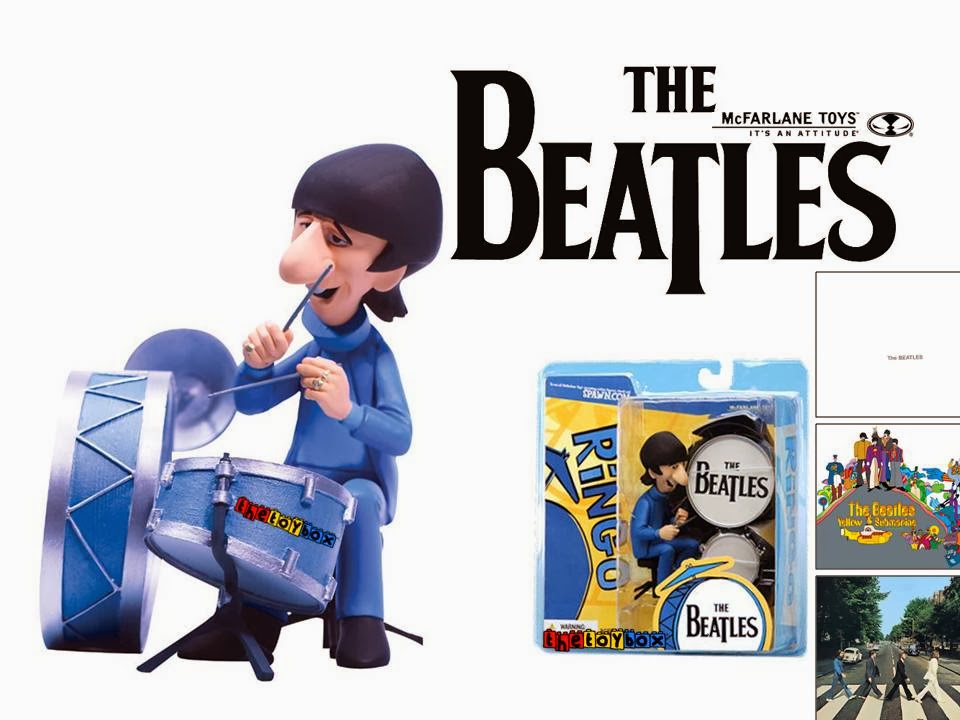 Those looking for a cheaper alternative to tracking down all four figures may instead want to focus on this multipack which was released in 2005. It will probably still set you back over a hundred dollars, but in the long run could end up being cheaper than the individual figures, and even includes an alligator. 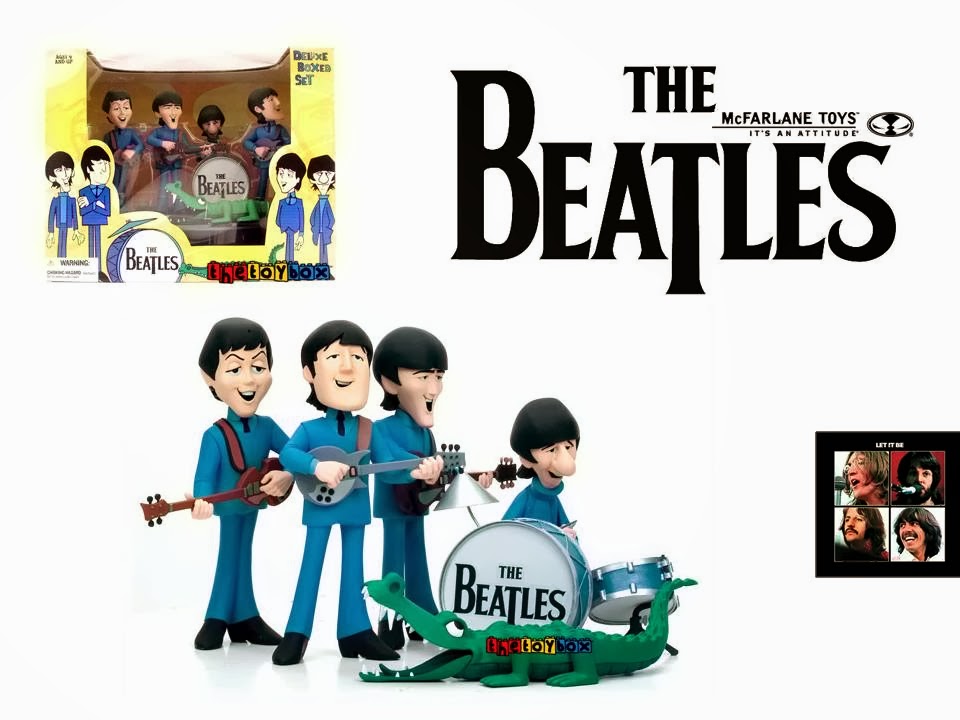 Below is a fun little video which showcases all three of the different intros utilized for the series from season one through three.


Join us next time when we take a look at Star Wars - Attack of the Clones!

Click "HERE" to go back to the home page. For more posts related to this one, please click the labels below.
Posted by The Toy Box on July 24, 2014
Email ThisBlogThis!Share to TwitterShare to FacebookShare to Pinterest
Labels: 2000's, George Harrison, John Lennon, McFarlane Toys, Paul McCartney, Ringo Starr, The Beatles, The Beatles Animated Series, The Beatles Cartoon Series, The Beatles Saturday Morning Cartoon