Schaper was a toy company made somewhat famous for their board game, Cootie in the late 1940's.  It was designed and developed by founder, Herbert Schaper, who actually created the game in his spare time while working as a mailman.  Throughout the years his company has found little bits of success with other games, and a handful of action figure lines.  One such line is the highly controversial (between Ghostbusters fans) From Filmation's Ghostbusters - AKA Filmation's Ghostbusters.

Fans of Ivan Reitman's Ghostbusters films (and animated series The Real Ghostbusters) take great offense to Filmation's version which began airing in 1986.  They felt that it was a complete rip off and was duping fans to tune into a series not in fact based on the beloved screen renditions of the Ghostbusters, but rather a mocking farce of the series.  The sad truth is while Filmation's Ghostbusters series didn't launch until after the Reitman film premiered, and was probably brought to light as a result of its success, Filmation actual had the rights to the name Ghost Busters due in part to their 1975 live-action series - The Ghost Busters.

The short version of this tale is that when the film Ghostbusters was in production, Filmation sued over the rights to the name, and actually won.  Thus when the animated series of the Reitman based Busters came out it was known as The Real Ghostbusters - A proverbial middle finger to Filmation?

Tiffs between studios aside, Schaper stepped in to produce a fantastic line of toys based on the animated series which ran for sixty-five episodes in late 1986 (September - December).  Unique to the packaging was the circular "ghost" symbol at the top.  You have to keep in mind when looking at these that this was the day and age of rectangular cards that either had rounded edges or sharp corners.  To do something like this was typically unheard of, and most major companies with high selling toys (such as G.I. Joe) shied away from such "gimmicks".

In total, twelve figures were produced - Six Ghostbusters, or good guys as they were, and six Evil Prime minions, or the bad guys if you will. 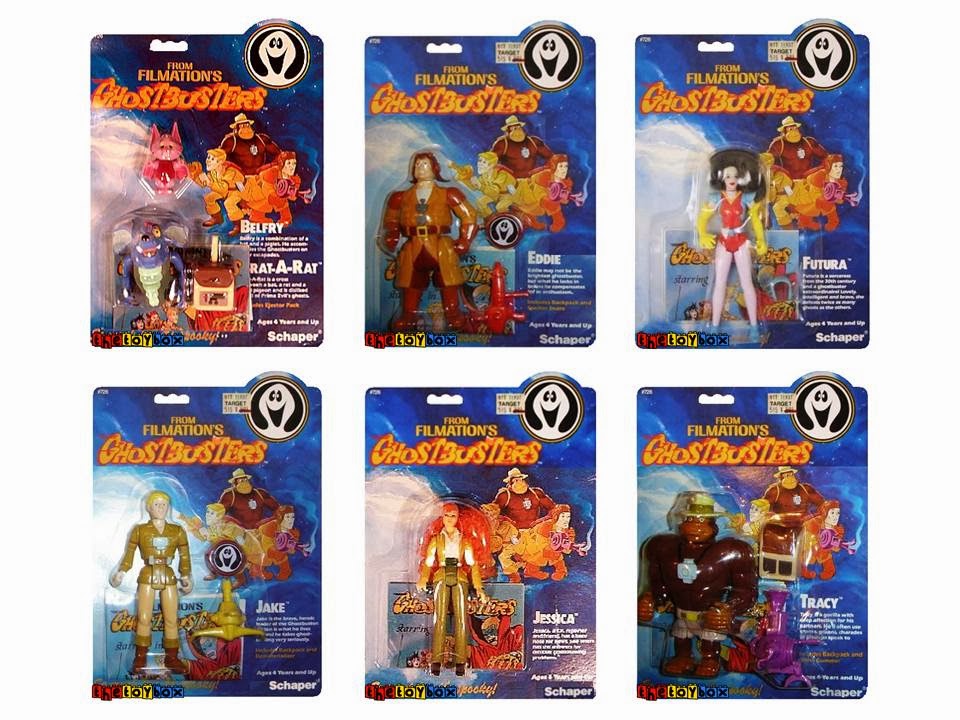 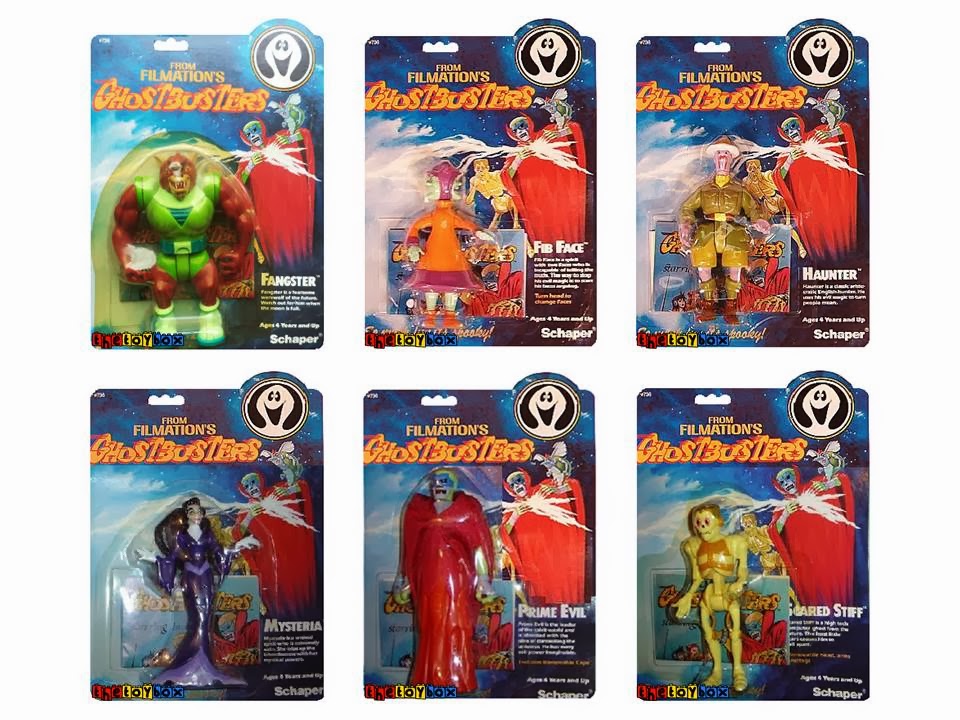 In addition to the figures, Schaper produced four vehicles and a playset.  The Ghost Command is a playset that would rival most of its time, and even to date.  The shear size, design and incorporated mechanisms designed to increase the amount of play aspects are fantastic.  The biggest shame of it all was that it was produced for a toy line that so many kids passed on.

That's not to say that the vehicles are anything to frown about.  Fans of the series praise (in particular) the Ghost Buggy for being true to the show both in design and its ability to "transform" as seen on screen. 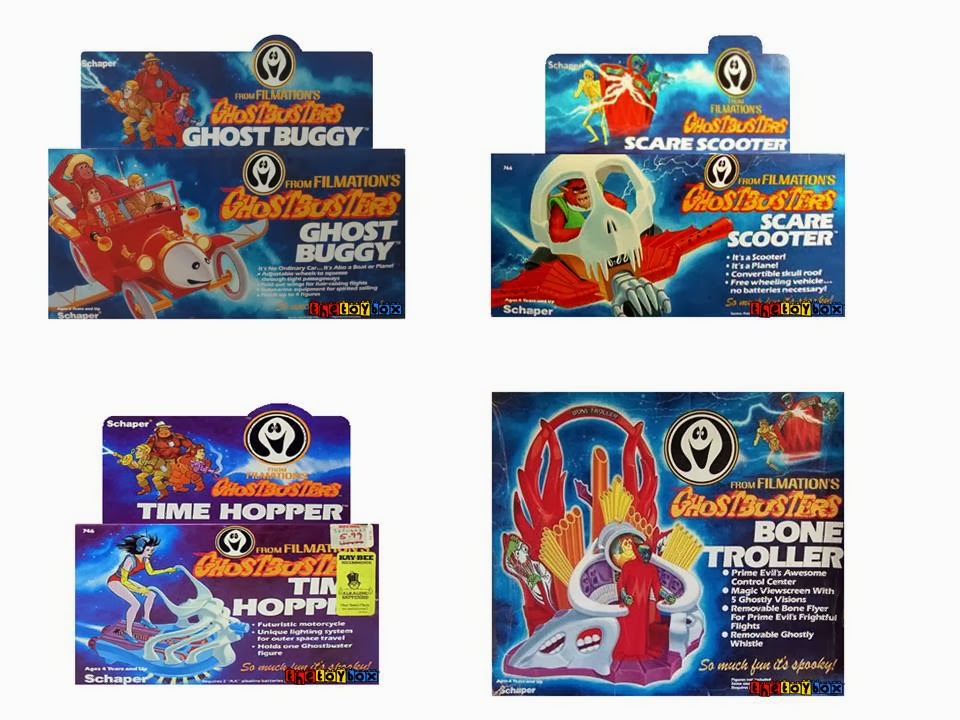 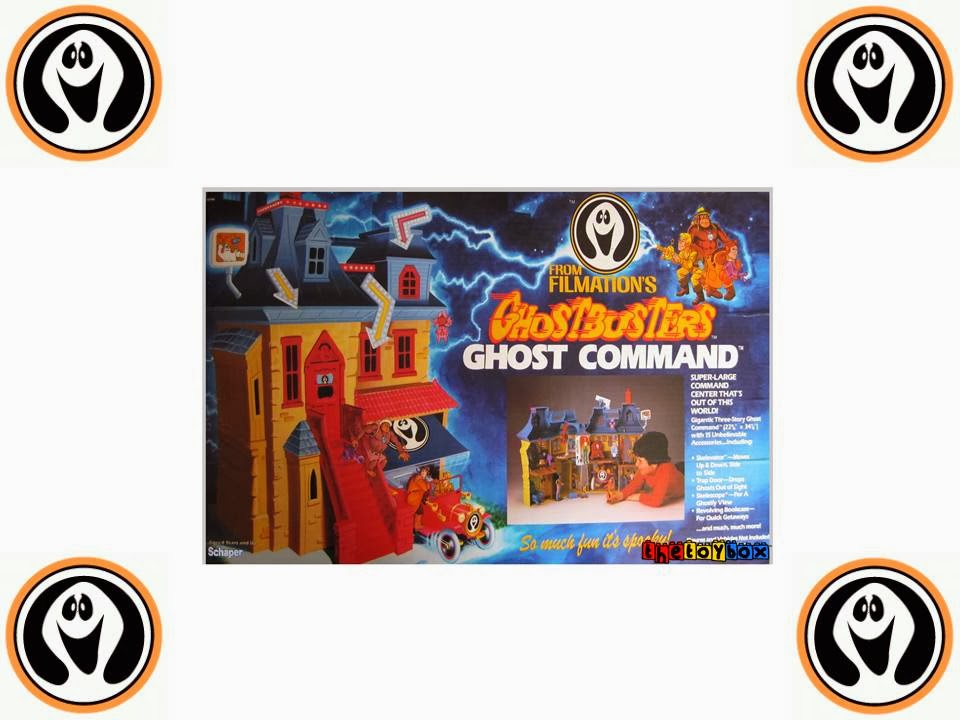 Its important to note that Schaper toys was acquired by Tyco in 1986, and as a result every toy shown above can be found with either a Schaper or Tyco logo on the packaging.  In addition to that, several other companies were given the rights to release the toys in various other countries.  These toys don't have either the Schaper or Tyco logo on them, but rather the foreign distributed companies name.  What does this mean?  It means that for a true mint in package variant hunter that this series could be a dream come true collection or a nightmare waiting to unfold.

Join us next time when we take a look at Tron!