Star Wars - Attack of the Clones (AKA Yoda) (Hasbro)

Hot on the heels of their poorly received 2012 line of figures based on Star Wars Episode I: The Phantom Menace 3D, Hasbro released the even worse Attack of the Clones line - Or as some collector's have come to call it, the Yoda line.  This name was of course given to it for the obvious reason - Yoda on the package.

The line was meant to correspond with the upcoming release of Star Wars Episode II: Attack of the Clones 3D.  The only problem with this was that Lucasfilm had scrapped the idea of continuing the Saga in 3D.  Some say this was because internally it was known that the studio would be shifting hands to Disney and the upcoming Episode VII.  Other's say it was because The Phantom Menace in 3D was very poorly received.  Whatever the reason is, collector's of the toys made it very clear to Hasbro that they would not support either lines, and rightly so due to the amount of poorly produced, rehashed figures.

Much like the prior line, the series was broken up into two sections; Movie Heroes and The Clone Wars.  More so similar was that the line didn't contain anything new in terms of characters.  Each set contained nine figures, and as a whole also included four Class I vehicles (which each included two figures) and three Class II vehicles. 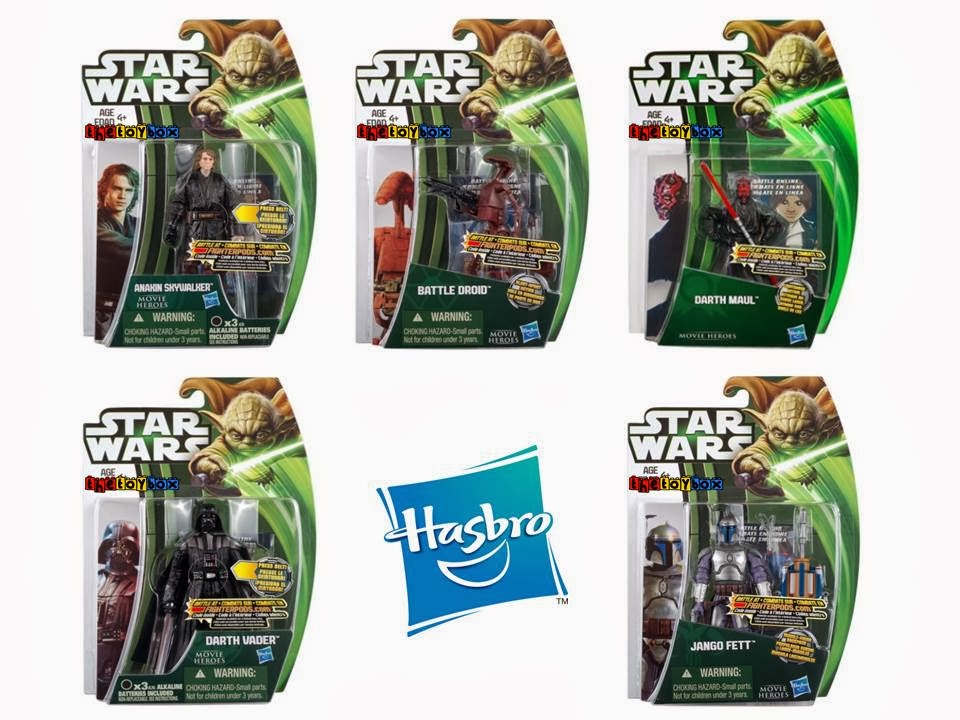 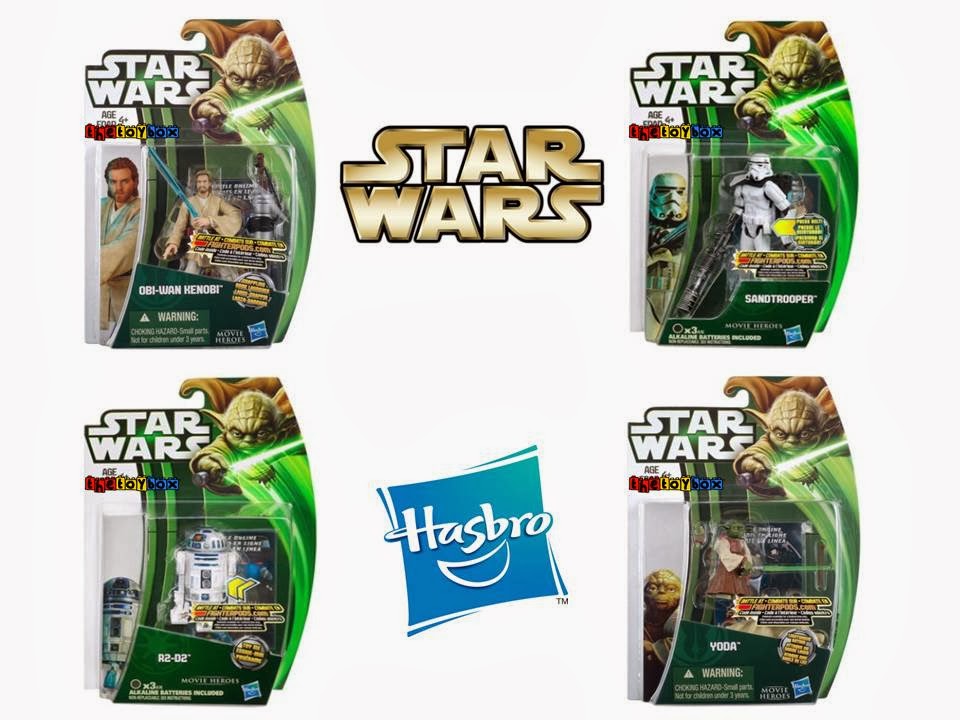 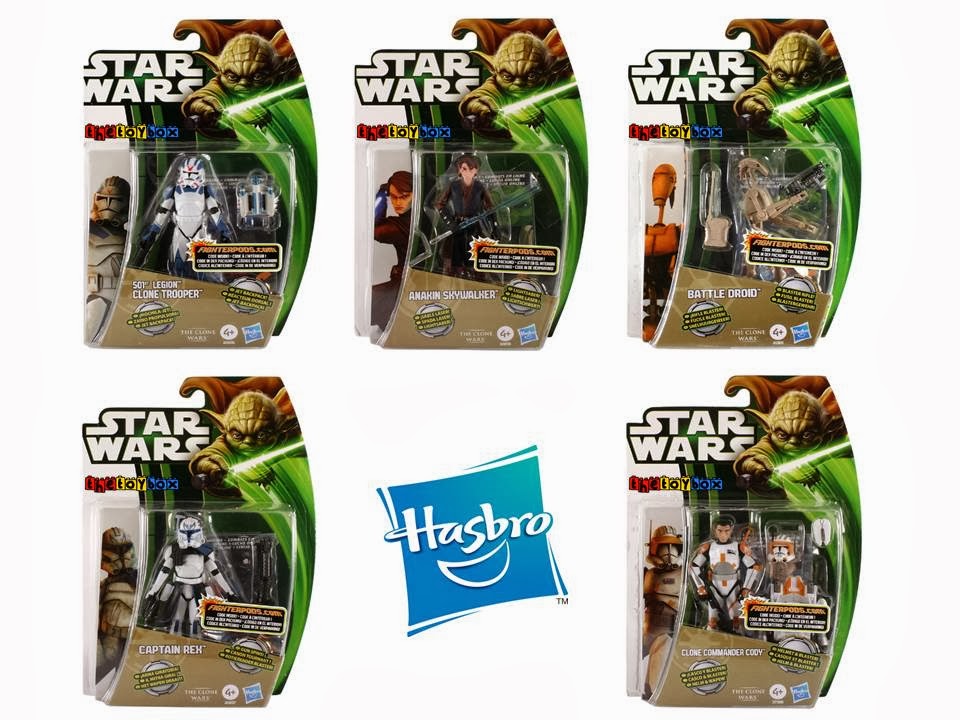 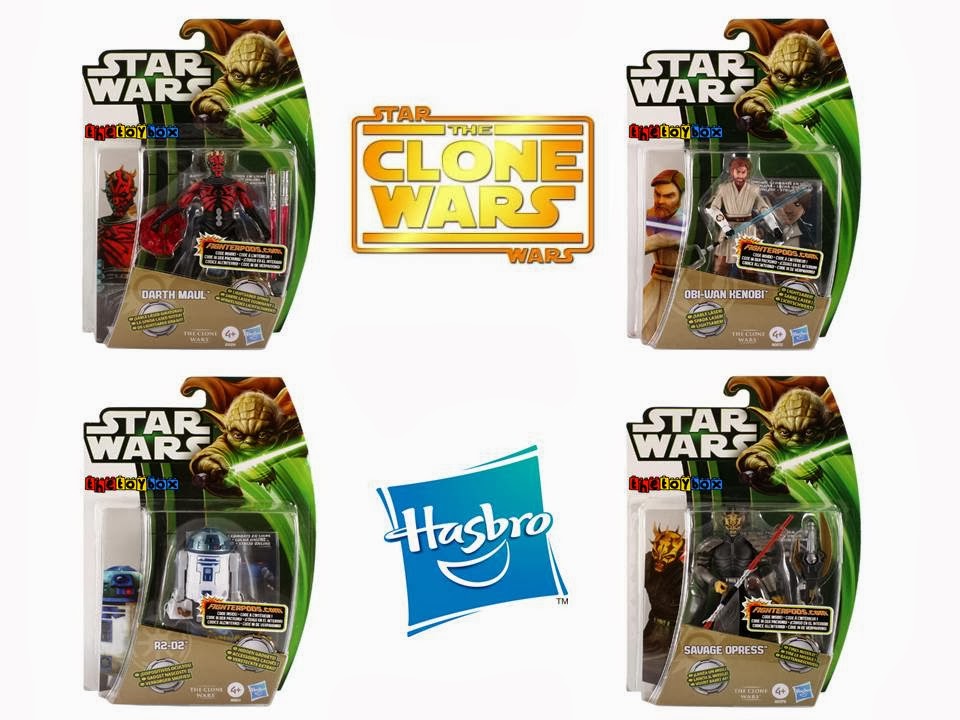 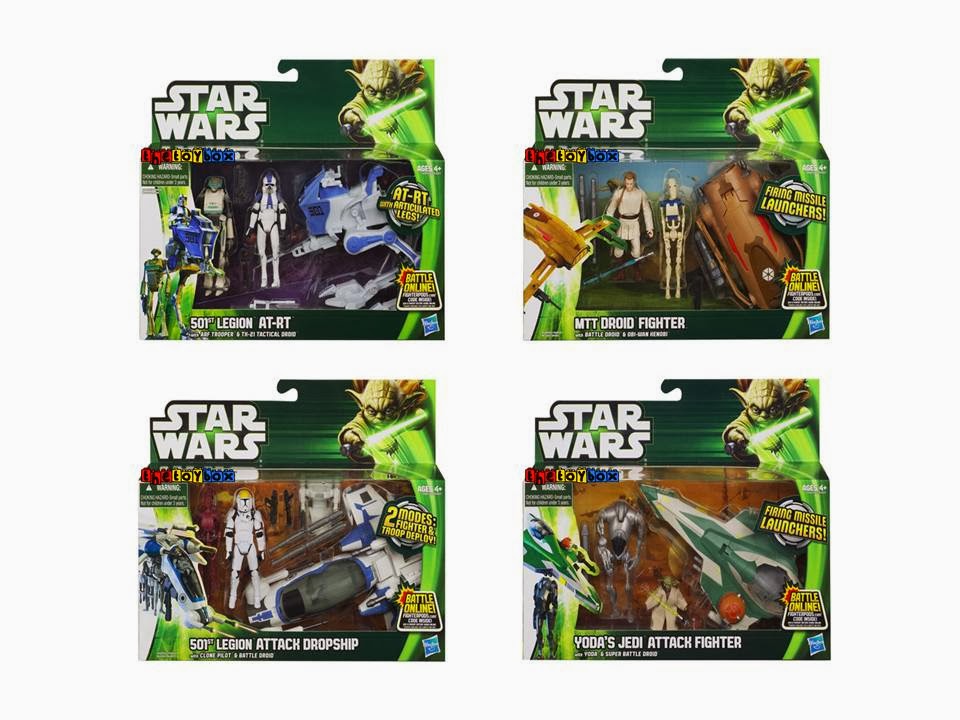 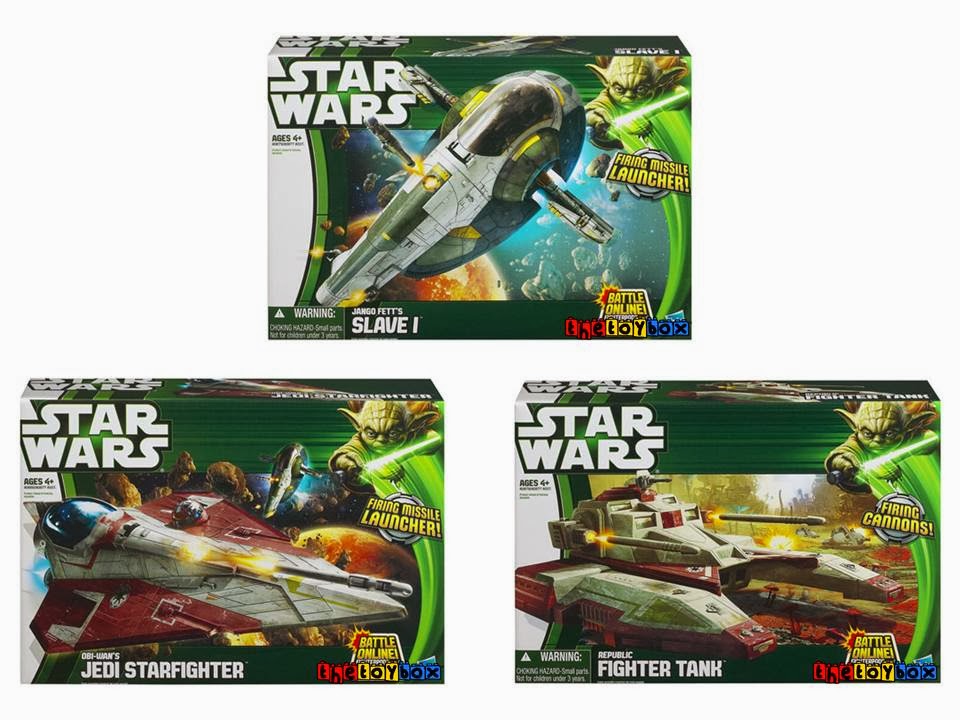 Since the lines ghastly release, Hasbro has made good with many fans by way of restructuring the Star Wars franchise into the current Black series, both in 3.75 and 6 inch formats.  These lines have been much better received by collectors, and hopefully Hasbro has learned their lesson that fans of a series for the past 30+ years are no longer throwing money at any and everything Star Wars related.  They want quality, care, and most importantly, figures they don't already have unless the newly sculpted ones are drastic improvements over the last.

Join us next time when we take a look at Alien ReAction Figures!

Click "HERE" to go back to the home page. For more posts related to this one, please click the labels below.
Posted by The Toy Box on July 28, 2014
Email ThisBlogThis!Share to TwitterShare to FacebookShare to Pinterest
Labels: 2010's, Attack of the Clones, Attack of the Clones 3D, Hasbro, Star Wars, Yoda