Preacher was a concept that Garth Ennis originally had while working on the highly popular series Hellblazer.  The series tells the story of Jesse Cutter, a down and out cursed and blessed Southern preacher, Cassidy, the hard living Irish vampire, and his ex girlfriend Tulip as they travel and fight the world to question The All-Mighty Himself, as to why he quit his sacred task of caring for the world.  The comic series lasted for sixty-six issues, and came to a fantastic conclusion in October of 2000.

Even shorter lived was the DC Direct figures which were produced around the same time.  At first DC Direct only released two versions of Jesse, AKA Preacher - A black clothed and the variant white clothed one.  When the figure did fairly well on store pegs, they produced the final three figures; Tulip, Cassidy and The Saint of Killers. 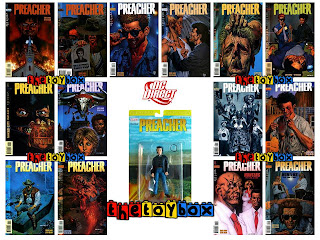 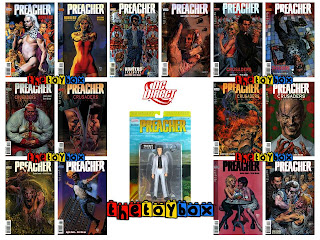 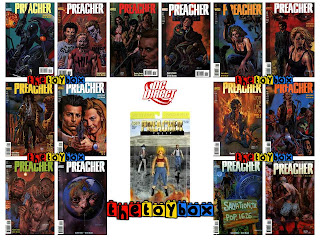 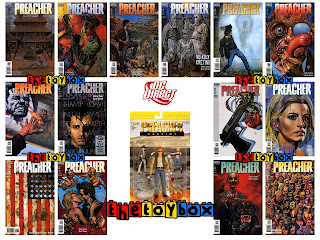 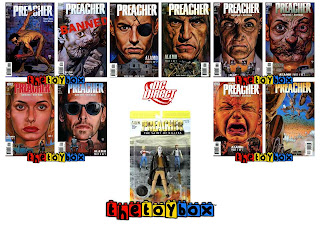 The Saint of Killers


Join us next time when we take a look at Planet of the Apes!


Click "HERE" to go back to the home page. For more posts related to this one, please click the labels below.
Posted by The Toy Box on December 12, 2013
Email ThisBlogThis!Share to TwitterShare to FacebookShare to Pinterest
Labels: 2000's, Comic Books, DC Comics, DC Direct, Garth Ennis, Preacher, Vertigo Comics