Pirates of the Caribbean - The Curse of the Black Pearl (NECA)

In the early new millennium, Disney attempted to make it big on movies based on their rides.  Their first - The Pirates of the Caribbean, and what a smash success it was - Unlike the latter film, The Haunted Mansion starring Eddie Murphy.

Since its release, the series has seen a total of four films with a rumored fifth and sixth in the works.  Let's face it - Johnny Depp fills movie theater seats, and Disney knows this - Though latter installments got paper thin in the plot department.

In 2004, NECA grabbed a slice of the Pirates pie with its series of figures based on the first film.  Three waves in total were released, as well as one box set, and a handful of other non related merchandise. 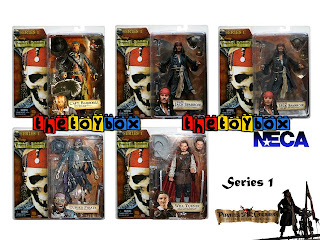 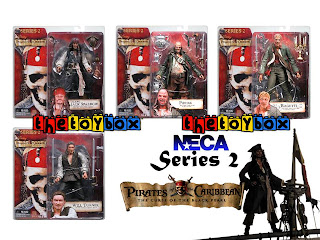 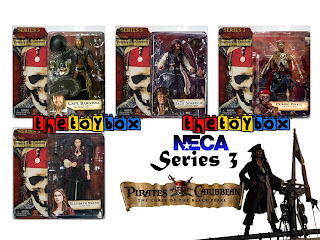 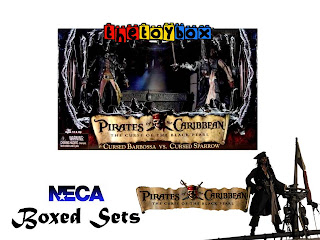 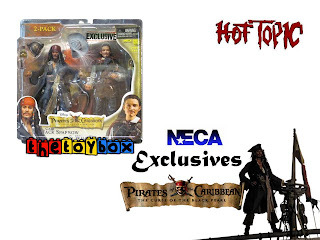 Join us next time when we take a look at Preacher!


Click "HERE" to go back to the home page. For more posts related to this one, please click the labels below.
Posted by The Toy Box on December 09, 2013
Email ThisBlogThis!Share to TwitterShare to FacebookShare to Pinterest
Labels: 2000's, Disney, Johnny Depp, NECA, Pirates of the Caribbean, The Curse of the Black Pearl