In 2008, Hasbro brought a new style of Transformers to toy isles - The Mighty Muggs.   Vinyl–plastic collectible toy series made by Hasbro.  The toys resemble super deformed versions of characters from the hit animated series as well as a couple from Michael Bay's live action film.

Each figure stands approximately four inches high, and comes in a white window box with fantastic artwork.  In total, there were three series with a combined total of ten figures, as well as two addition San Diego Comic Con exclusives.  Though he series was never officially cancelled by Hasbro, there haven't been any new figures since 2010. 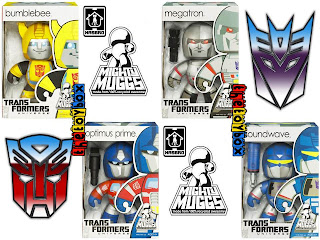 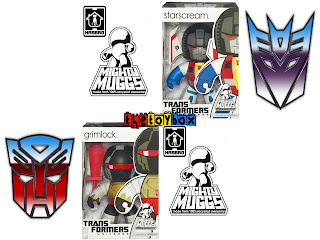 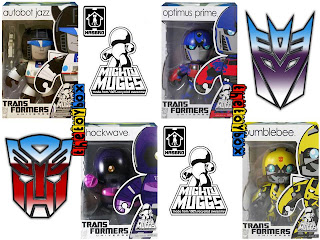 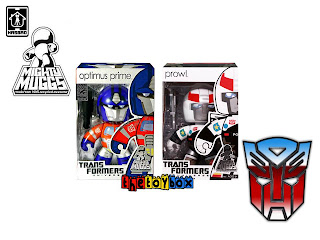 
Join us next time when we take a look at Darkwing Duck!


Click "HERE" to go back to the home page. For more posts related to this one, please click the labels below.
Posted by The Toy Box on December 19, 2013
Email ThisBlogThis!Share to TwitterShare to FacebookShare to Pinterest
Labels: 2000's, 2010's, Hasbro, Mighty Muggs, Transformers, Transformers Universe