Flash Gordon has seen a lot of iterations since his conception in 1934.  Weekly serials, cartoons, comic books, movies, and of course, toys.  1996 saw a new telling of the tales of Flash Gordon, this time through the perspective of a teenage Flash.  Flash's parents were American astronauts who got sucked into a dimensional hole just outside the earth’s atmosphere. The trans-dimensional portal was placed there by Ming the Merciless, emperor of the planet Mongo, who hoped to provide open access for his invading armies.

The series ran for only twenty-six episodes, and while it didn't manage to garner many fans, the action figures produced by Playmates Toys proved to be a little more popular - Though the line was rather small, encompassing only eight figures, two vehicles, and a small playset. 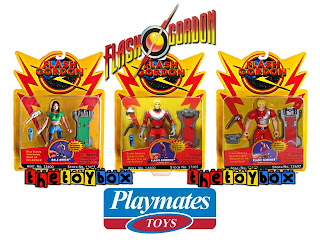 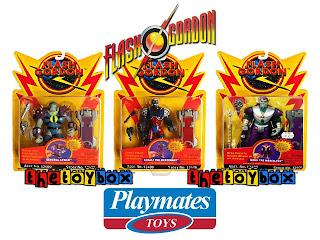 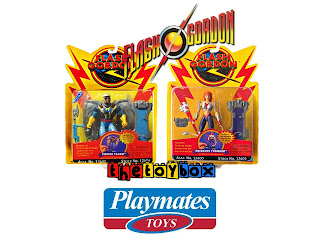 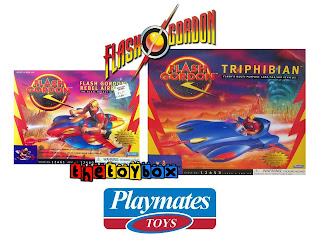 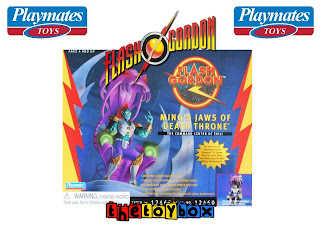 
Join us next time when we take a look at Pirates of the Caribbean - The Curse of the Black Pearl!


Click "HERE" to go back to the home page. For more posts related to this one, please click the labels below.
Posted by The Toy Box on December 05, 2013
Email ThisBlogThis!Share to TwitterShare to FacebookShare to Pinterest
Labels: 1990's, Flash Gordon, Playmates Toys