Ah, the arcade - Such fond memories.  Every month it was a mad dash to the local dive to see what the latest and greatest fighting game was.  Mortal Kombat, Street Fighter, Primal Rage, Clay Fighters, the list goes on and on.  When Capcom announced that there would be a Marvel Vs. Capcom game, fans of both comics and video games went nuts.  It seemed like the perfect marriage.

The Marvel characters were based on their animated counter parts from the various animated series of the 90's, and some of the voice overs were even done by the actors of the shows.  This style, coupled with the animated style of prior Capcom characters seemed to match perfectly, and thus the series took off to become one of the most popular fighting game franchises of today.

Up to this point, Toy Biz had already produced a lion's share of Marvel Comic related toys, and in the prior year had also established the Video Game Super Stars line with their single Lara Croft figure for their Tomb Raider line.  It seemed only natural that the two would merge together to create a small, but fantastic line of figures.  The only disappointing factor of the series is that it didn't go beyond the four two packs. 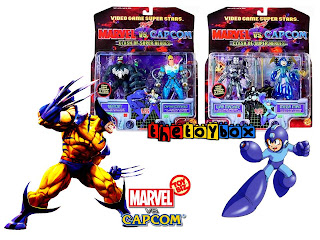 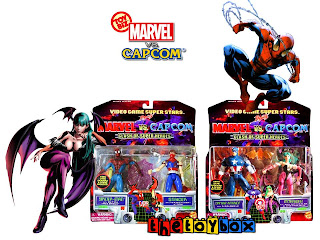 MARVEL VS. CAPCOM
Spider-Man Vs. Strider*Captain America Vs. Morrigan 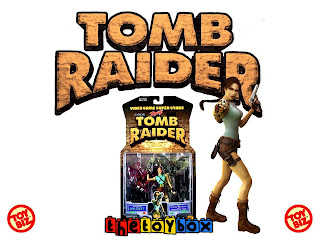 
Join us next time when we take a look at Video Game Super Stars: X-Men Vs. Street Fighter!


Click "HERE" to go back to the home page. For more posts related to this one, please click the labels below.
Posted by The Toy Box on November 25, 2013
Email ThisBlogThis!Share to TwitterShare to FacebookShare to Pinterest
Labels: 1990's, Capcom, Lara Croft, Marvel Comics, Marvel Vs Capcom, Tomb Raider, Toy Biz, Video Game Super Stars