The original concept for the comic book series was conceived by artist Rob Liefeld during his years with Marvel Comics. The team made their first appearance in New Mutants number 100, and since then have gone on to be as popular as most of the "X" titles produced by Marvel. The team has featured iconic heroes such as Cable, Deadpool, Domino, and even Wolverine - Just to mention a few. Oddly enough - The title is one of the very few at the helm of Liefeld's that actually got less popular when he left the series (most have gotten more popular).

With the numerous mutants at their disposal, and a strong license already well utilized, Toy Biz developed the below series to coincide with their highly popular Marvel based toys. X-Force began as a sub series of Toy Biz's The Uncanny X-Men (later shortened to just X-Men) series, but encompassed so many waves of figures that collectors began treating it like its own series.  In its five year run, almost fifty action figures were produced, making it one of the most largest sub series to any toy line to date. 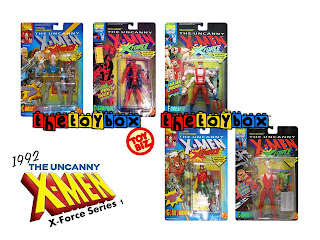 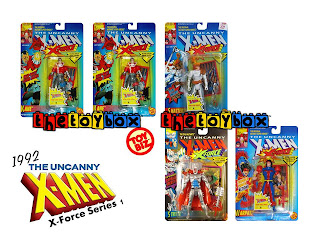 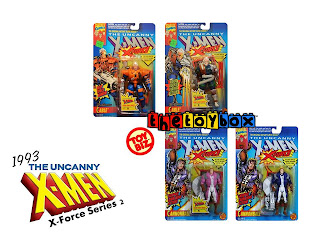 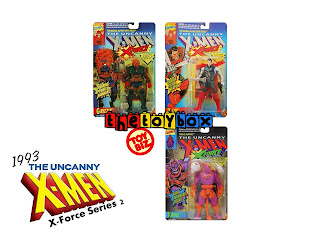 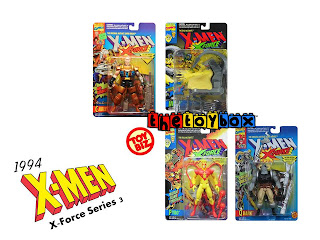 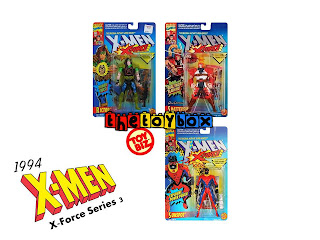 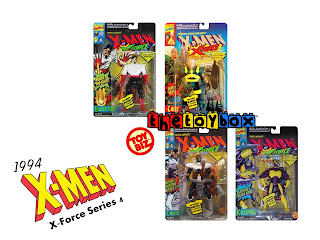 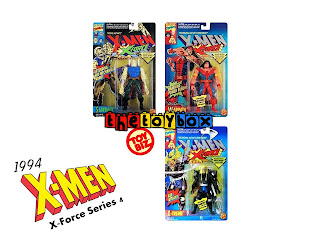 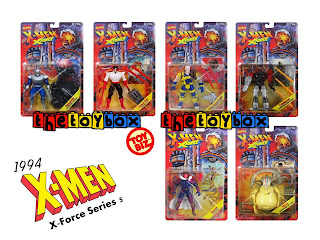 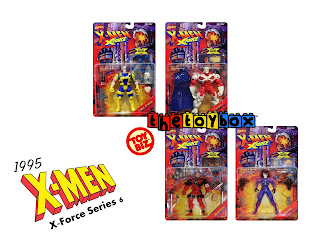 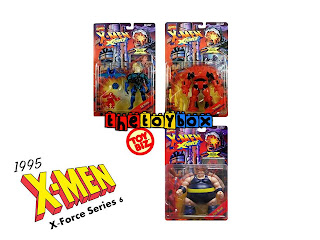 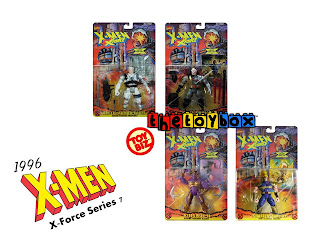 Join us next time when we take a look at Marvel's Famous Couples!

Click "HERE" to go back to the home page. For more posts related to this one, please click the labels below.
Posted by The Toy Box on November 07, 2013
Email ThisBlogThis!Share to TwitterShare to FacebookShare to Pinterest
Labels: 1990's, Marvel Comics, The Uncanny X-Men, Toy Biz, X-Force, X-Men