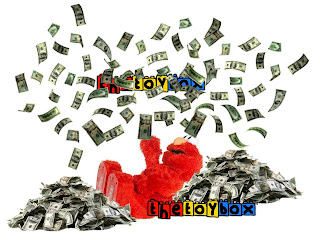 There are few toys out there that make the world go crazy.  We're not just talking popular that people wanted to collect them, but rather those even rarer ones that people wanted so badly that they stood in line for hours, days, weeks, or longer, trampled other people to be one of the few who would get their hands on it, or worse, got into physical altercations over them.

Tickle Me Elmo will forever be that toy from 1996 that caused all of the above.  People so desperately wanted a Tickle Me Elmo doll for either themselves, or children for the 1996 Christmas season, and they went to great (sometimes illegal) lengths to get them.  But why?  What made Tickle Me Elmo so popular that overnight parents who had no clue about the doll suddenly "needed it?" 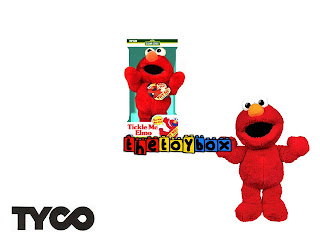 That credit, or blame, depending on how you look at it, starts with daytime television host Rosie O'Donnell who was sent one of the dolls by Tyco for her one year old son, and another two hundred dolls for the producers.  In an episode while recreating a stunt with the doll based on an original one performed by Groucho Marx, O'Donnell would throw a doll out into the audience whenever a guest would say the word "wall".  While this started the craze for the doll, it was later boosted even further when Bryant Gumble held one of the dolls throughout an entire episode of The Today Show.

When Black Friday hit in 1996, the dolls sold out across the Country in just less than two hours.  Tyco had originally produced 400,000 pieces, but quickly found they were struggling to keep up with supply vs. demand.  By Christmas over one million Tickle Me Elmo's were sold, and by the end of the following year that number had gone up to over five million.

Due to the high demand, places like eBay became a hot spot for the item.  A doll that sold for $29.99 was immediately selling for hundreds of dollars, and one jewelry shop was even reported as selling a diamond necklace and bracelet draped over the doll for one million dollars.  No follow up reports were ever given as to whether or not the doll sold. 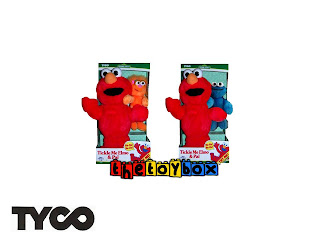 When the holiday season died down in 1996, Tyco was able to slow their factories down, and focus on a firmer marketing plan for the doll.  Thus in 1997 the Tickle Me Elmo and Pal two pack was released.  The second doll didn't giggle and vibrate as Elmo did, and was only about half the size.  It was available with either Zoe or Cookie Monster.  While many people weren't so concerned with the additionally packed in plush doll at the time, today the "Pal" version of Elmo is much harder to find than the original.

In 1997, Tyco also attempted to find success with the Tickle Me versions of Ernie, Big Bird, Cookie Monster and Zoe.  While the dolls sold reasonably well, they never reached the success that the Elmo version found.  Though one could speculate that had the dolls been available during the 1996 holiday season they probably would have. 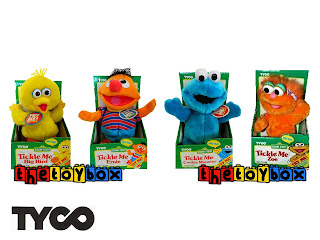 Worth noting is that today the Zoe doll is the most difficult to find and the ones that are typically don't come in their original packaging. 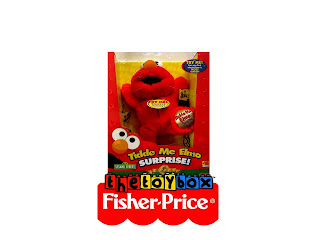 In 1997, Tyco was purchased by Mattel, and in 2001 Tickle Me Elmo was re-launched under their Fisher-Price banner as Tickle Me Elmo Surprise! - Though most collectors refer to it as the Fifth Anniversary Edition.  What made this particular doll sell well was the elaborate scheme...er...contest that was incorporated with it.  With its release was the announcement that on January 9, 2002, five of the dolls would stop laughing and announce that the person holding it was a winner.

While many people flocked to stores to purchase the dolls, others cried out over the selling point.  Peter Van der Linden, a Silicon Valley software consultant summed it up best by saying, "Christmas is traditionally a time of greed and this toy speaks directly to that tradition.  It subtly manipulates the parents to provide a toy for their child in the hope of some later benefit for them."

The grand prize winner would know they won because they would be greeted by Elmo saying, "Congratulations."  The four runner ups would receive a message that said, "You found it!"  For those who didn't win a prize, Elmo would instead introduce new play patterns. 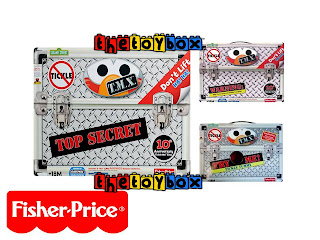 In honor of Tickle Me Elmo's tenth anniversary, in 2006 Fisher-Price developed the T.M.X. (aka Tickle Me Extreme) Elmo.  It was released in three different waves - The first being with a "Top Secret" sticker, which is now the hardest and most expensive version to find on secondary markets.  The second was released with a parody "Warning" label, and the third had a "Try Me" sticker on it with a hole now incorporated into the packaging.

The T.M.X. version intrigued people enough that Tickle Me Elmo mania seemed to be coming back.  Most retail locations sold out of the doll, but due to the various online channels that have cropped up with the aging of the internet, it was still somewhat easy for most buyers to find the doll via sites such as Amazon, and to an extent, eBay. 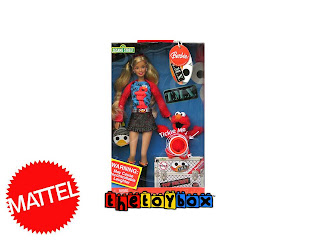 The twelve inch Barbie doll came decked out in a unique Elmo shirt and belt, and was packed with a very small Barbie sized Tickle Me Elmo, which even included the T.M.X. package.  It's actually really cool to see all the detail that went into this item.

Fisher-Price followed up in 2007 with a new Extra Special Edition which now came in a red box.  This edition boasted that it now included a song, and had hidden silly surprises to be found. 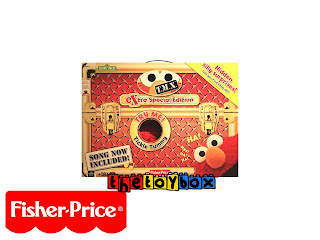 Fisher-Price also updated the original Tickle Me Ernie and Tickle Me Cookie Monster, releasing them in the all new T.M.X. packaging.  Due to lackluster sales the Big Bird and Zoe dolls never got the same treatment. 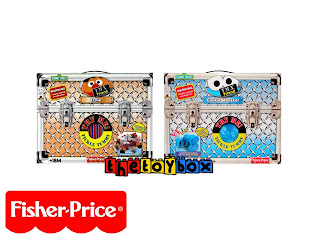 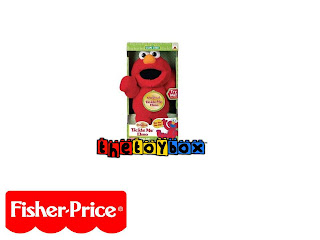 The last version available of Tickle Me Elmo came in a standard package which somewhat resembles the original Tyco packaging.  The doll also has a tag around its neck which states that it's THE original Tickle Me Elmo - Basically meaning that it doesn't have all the upgraded mechanics that came with the T.M.X. version.

To many the doll was too much of a step down from the T.M.X. version, and as a result really didn't sell as well as Fisher-Price had hoped.

If we had to speculate as to why this version of the doll was released, we would suggest that this was in response to Playskool releasing their own laughing Elmo doll... 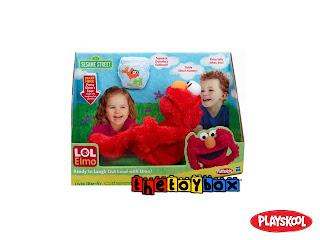 ...LOL Elmo.  This is technically the latest version of Tickle Me Elmo, and was released in 2012.  To date the LOL version hasn't been as popular as the Tickle Me version.  This could be because people don't associate the two dolls due to the name change.

Will Tickle Me Elmo ever see the success these days that it saw in 1996?  Probably not - Which is probably a good thing due to the numerous people injured, robbed, and maliciously beaten by people who wanted a doll.  For us, the doll stands as a page in history of the great absurd lengths that people will go to in order to get a toy for their child who will probably only play with it for a few months, then toss it aside for the next "best" thing they want.

Join us next time when we take a look at Talespin!