As we said in our prior post regarding the television series one and two of The Walking Dead, there is no doubt in our minds that we'll be seeing TWD merchandise for years to come. The television series has spread like wildfire making it AMC's most popular show.

However, it's sad really to see just how few people know that the series started out as a comic book way back in 2003. A comic book that is still producing fantastic stories every month. Not only is it debatably a better story than the television version, but many events have unfolded much differently than what you're seeing on AMC. Not only that, but it's arguable among fans that the comic book is the true story, while the TV series is more of an elseworld telling.

Regardless of where you stand on the matter, McFarlane Toys produced a fantastic set of figures based on the comic book series in 2011. 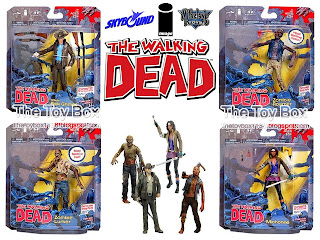 
The four basic figures (above) were just the tip of the iceberg as far as McFarlane Toys was concerned. Variant exclusives were a massive piece of the sales pie, and McFarlane was eager to cash in from all the fan's bites. 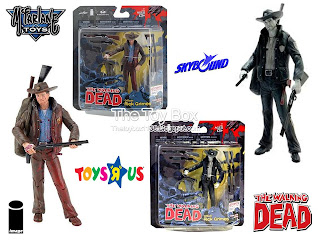 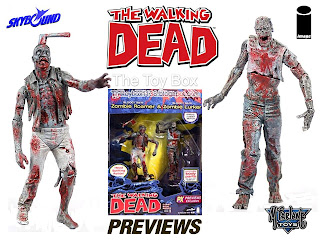 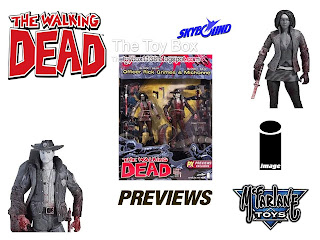 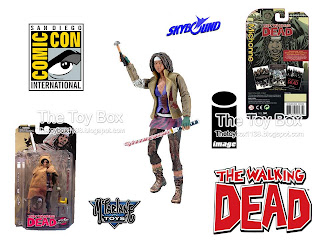 SAN DIEGO COMIC CON EXCLUSIVE (COMIC BOOK)
Michonne
Join us Friday for a special announcement, and then on Monday for an all new post!

Click "HERE" to go back to the home page. For more posts related to this one, please click the labels below.
﻿
Posted by The Toy Box on January 31, 2013
Email ThisBlogThis!Share to TwitterShare to FacebookShare to Pinterest
Labels: 2010's, Comic Book Toys, Image Comics, McFarlane Toys, Robert Kirkman, Skybound, The Walking Dead