When South Park first hit airwaves back in 1997 critics panned it as crude, while young adults, and teenagers thought it was one of the funniest animated shows shown on television. With its edgy comedy, vulgar language and often times shock value, South Park swooped in out of nowhere, bringing in viewers weekly who were eager to see just what Trey Parker and Matt Stone would come up with next.

Though merchandising has been fairly common since the series inception, none was more popular than the 2006 to 2008 series of action figures produced by Mezco. Throughout its two year production run, figure after figure was produced, helping to flesh out everyone's favorite little mountain town inhabitants in plastic form. 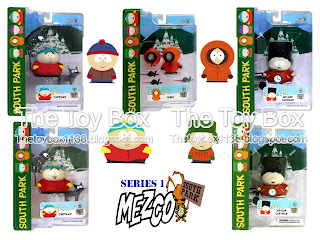 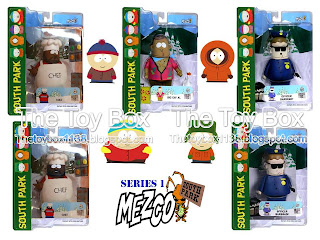 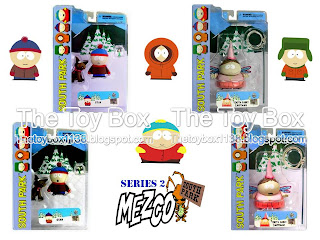 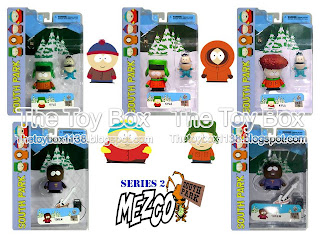 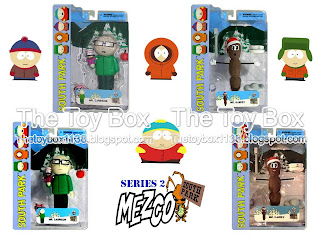 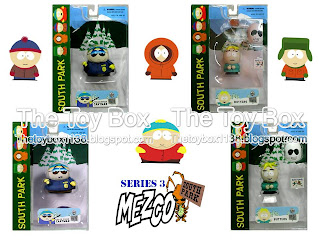 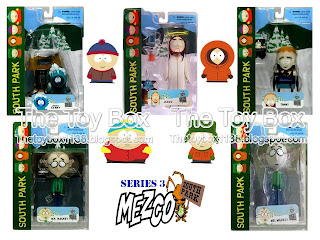 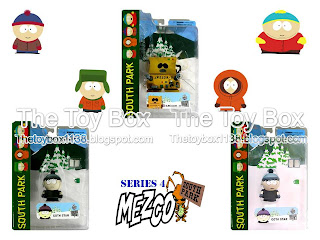 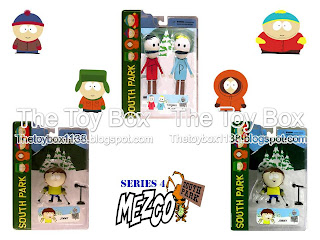 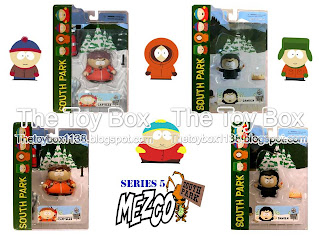 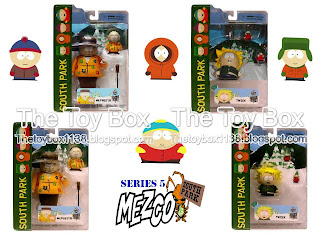 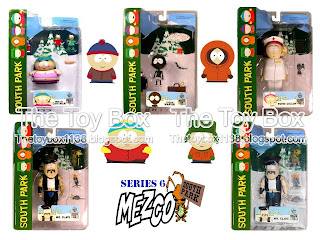 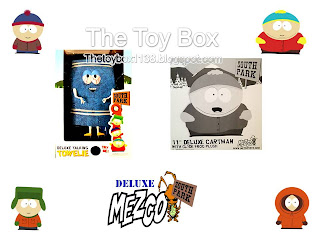 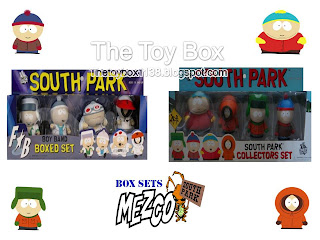 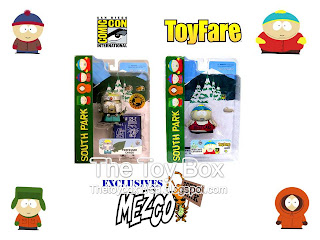 Click "HERE" to go back to the home page. For more posts related to this one, please click the labels below.
Posted by The Toy Box on January 17, 2013
Email ThisBlogThis!Share to TwitterShare to FacebookShare to Pinterest
Labels: 2000's, Comedy Central, Matt Stone, Mezco, South Park, Trey Parker