The Walking Dead has come a long way from its comic book roots - A comic that many people didn't even know existed until October of 2010 when season one of the TV show premiered. Because there's not much we can say on the subject of the series that fans don't already know at this point, we'll avoid going into any details on the show.

Suffice to say that in 2011, McFarlane Toys teamed with Skybound to develop action figures based on the characters as portrayed in AMC's series. It was a gamble that paid off well when stores across the nation sold out of figures.

Daryl Dixon quickly became the forerunner of rare, and prices soared on secondary markets. At the time of this writing it would cost you anywhere from sixty to one hundred dollars to get one.

McFarlane Toys has since rectified the rarity of the original Daryl figure from series one by re-releasing him in a two pack with his brother Meryl. Kudos to McFarlane for providing the supply for the demand as opposed to leaving fans high and dry. 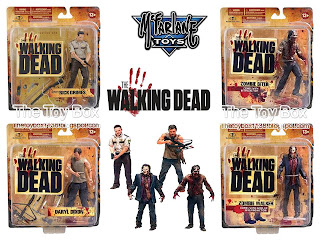 
Toys R' Us received an exclusive black and white version of Rick Grimes which was incredibly limited, and became the second most difficult and expensive figure to find. 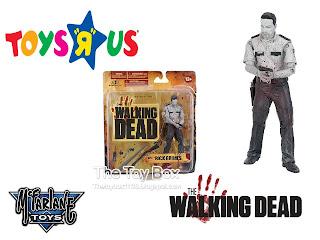 
Walmart also received a variant package for their line of Walking Dead figures. The packages were slightly smaller than the other retail versions, and included several more warning labels at the top. The figures inside are identical to the other release. 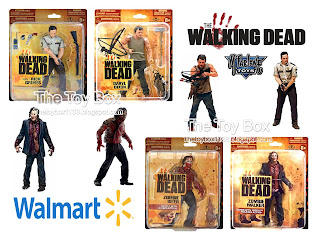 
With popularity for all things The Walking Dead growing more and more each day, it was inevitable that a second series of figures would soon hit shelves - Five new figures to be exact. 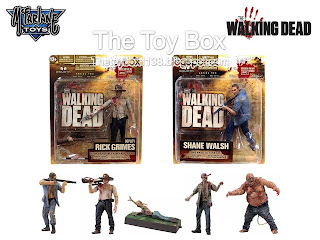 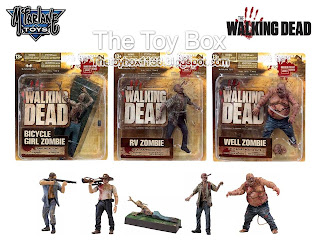 
Walmart once again had their own package variation from that of other retail chains... 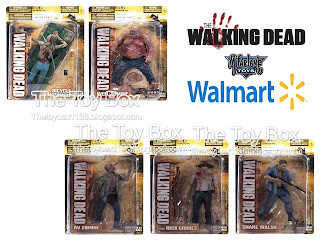 ...As did GameStop, which received an even smaller packaged version. 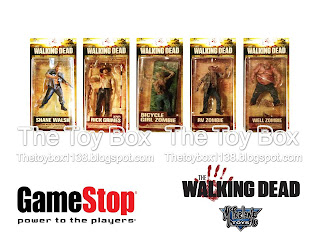 Though not exclusive to any one particular store, a three pack of bloody black and white zombies was released to coincide with series two. These were simply the three zombies already released, but re-colored. 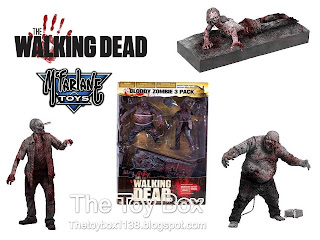 With how popular The Walking Dead has appeared to become overnight, there's no doubt that we'll be seeing TWD merchandise for years to come.

Join us Friday for a special announcement, and then on Monday for an all new post!

Click "HERE" to go back to the home page. For more posts related to this one, please click the labels below.
Posted by The Toy Box on January 31, 2013
Email ThisBlogThis!Share to TwitterShare to FacebookShare to Pinterest
Labels: 2010's, Image Comics, McFarlane Toys, Robert Kirkman, Skybound, Television Series, The Walking Dead