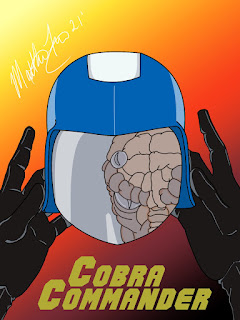 Absolute power! Total control of the world...its people, wealth, and resources -- that's the objective of COBRA Commander. This fanatical leader rules with an iron fist. He demands total loyalty and allegiance. His main battle plan, for world control, relies on revolution and chaos. He personally led uprisings in the Middle East, Southeast Asia, and other trouble spots. Responsible for kidnapping scientists, businessmen, and military leaders, then forcing them to reveal their top level secrets.

"COBRA Commander is hatred and evil personified. Corrupt. A man without scruples. Probably the most dangerous man alive!"

When I picked up my first ten G.I. Joe figures as an adult collector on July 1st, 2017, I didn't fully grasp the Pandora's box I had just opened. This was probably because up until July of the following year, my figure buying for the series was sparse, picking them up a few at a time as I visited each consecutive Dave Hart Show. Even then, the roughly thirty figures I had obtained up until that point remained in their bags in a box, with me pretty indecisive of what I actually wanted to do with them. Did I want to collect Joe's? Or was I just fleshing out my buying experience with a couple iconic figures here and there? At first I thought it was the latter.

By December of 2018, I discovered that I was only missing a handful of figures to complete the entire Cobra Team spanning 1982 - 1987. By this point, I had accepted the fact that this was indeed the plan I was aiming for. However, in doing so, I told myself, "Self, there are a lot of figures in this line. Please only limit yourself to the Cobra team." Sure, I had purchased three Joe team figures up until this point, but I had decided I wasn't going to buy any others.

Then I ran out of figures to buy. With a job well done, I set up all my figures in year order, and never bought another one.

By March of 2019, I was headlong into all things G.I. Joe figures. With how seemingly easy it was to complete my original goal in two short years, I now set my sites on Joe team figures. At this point, I was also branching into 1988 and beyond for Cobra ones too. All things would come to a close in June of 2019, as in record time I completed an entire set of the Joe team from 1982 - 1987. With this job well done, I set up all my figures in year order, and never bought another one...

With no figures to buy, I went back to focusing on 1988 and beyond. I completed a set of the Cobra figures from 1988 through 1990, and even branched out into 1991 and beyond, picking a select few. Being less focused on the Joe side of things, while I did grab several from 1988 and beyond, I never completed any specific year in its entirety, nor do I intend to. As the pandemic took its toll in 2020, prices on Joe figures started rising to astronomical prices, and I finally decided enough was enough, and tapped out. My days of spending $100+ on a single vintage figure are behind me.

However, this grand journey goes all the way back to that Summer of 2017, when I took my first steps into Timonium, Maryland, attending my first Dave Hart Show. It was here that I picked up my very first G.I. Joe figure as an adult (and nine others). In my hands, I held a helmeted Cobra Commander figure that I found at a dealer's table who I would subsequently work with to build up the majority of my collection. With a fifty dollar price tag, I found myself at a crossroads. Do I do it? Or do I leave it here? 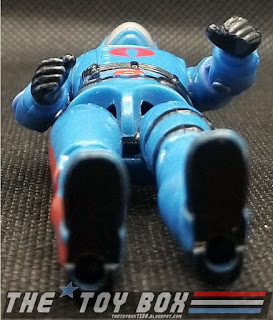 Initially, I walked away, deciding it just wasn't the right time. Then I stumbled upon another table of G.I. Joe figures. At this point, the lure was too much. Seeing all the classic characters I never had as a kid, but wanted oh so bad even back in the 80's, I finally couldn't say no any longer. I went back to that original table and picked up that helmeted Cobra Commander, and then grabbed several more. Believe it or not, prices weren't bad for these things in 2017. I don't think I paid more than fifteen to twenty dollars for any of the other figures. Mind you, they were all 100% complete. 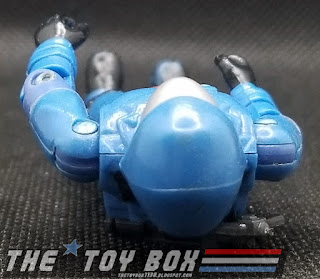 I'd never had a helmeted Cobra Commander as a kid. In fact, I had never owned any of the figures I got that day. However, there was something that just felt right about starting my collection off with the main villain of the series. It was just the natural order of things. 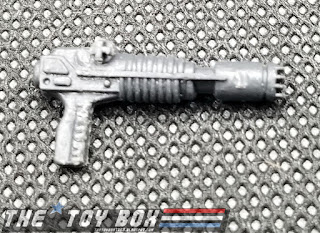 Cobra Commander is an iconic character, a must have figure if you're collecting G.I. Joe figures, and just a lot of fun to hold your hands or look at. If you'll excuse me from this post, I'm actually going to go stand in front of my shelves and just take them all in visually.

Regrettably, I've found that these posts are rather time consuming, so I'm not too sure that this particular format is going to work for me. I'm also in the process of moving, which means I'm boxing everything up anyway.

Fortunately, I have several posts from last year that had to get shuffled into 2022 to make space for my end of year series based on 80's cartoons. So for the next several weeks, The Toy Box is shifting back to the original format for Monday posts. Hope to see you there as we look at a great nostalgic series.