We continue our year end wrap up with a look at the 1983 file cards for G.I. Joe. If 1982 was the foundation the empire was built on, the 1983 would stand for the year that Hasbro made the iconic change to their figures which would become a staple throughout the remainder of the line. I'm talking about the swivel arm.

Not only did Hasbro introduce this new point of articulation into the newly produced figures, but they had the foresight to revisit the 1982 line, update every single figure and re-release them. As many of you know, these reissued figures are referred to among collectors as wave 1.5. Because there were minimal, if not no changes to the file cards for these figures, their file cards have not been included here. Please reference the post on 1982 for those.

G.I. Joe also saw a boost in popularity thanks to the 1983 mini-series which aired consecutively over  the week of September 12th. Though it was simply titled G.I. Joe: A Real American Hero, the series has since become known as The M.A.S.S. Device. The cartoon introduced children of the 80's to all sorts of new characters and potential adventures. Many of which are featured in the file cards, which we should take a look at. 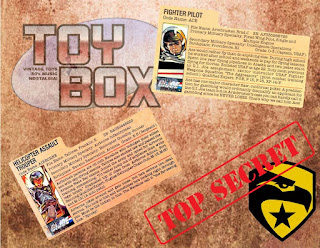 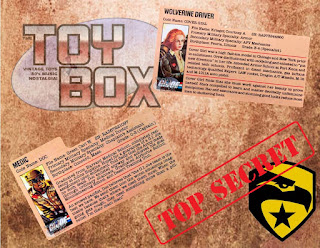 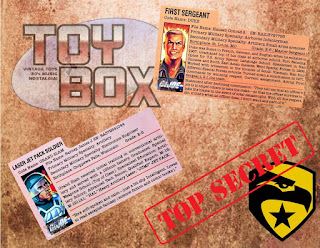 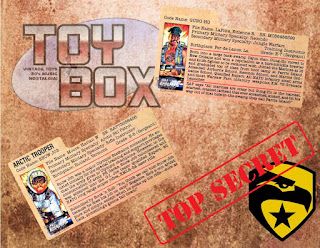 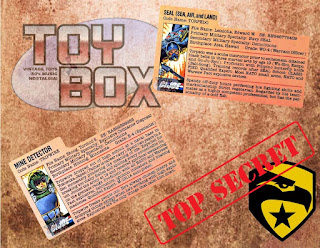 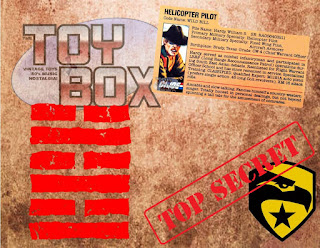 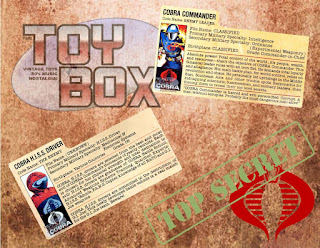 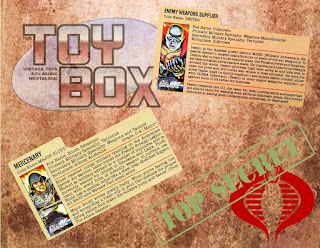 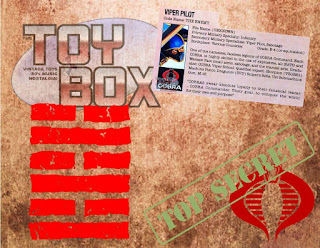 Click "HERE" to go back to the home page. For more posts related to this one, please click the labels below.
Posted by The Toy Box on October 12, 2020
Email ThisBlogThis!Share to TwitterShare to FacebookShare to Pinterest
Labels: 1980's, A Real American Hero, File Cards, G.I. Joe, Hasbro