Despite two prior albums, Can't Turn it Off (1982) and Tha's Right (1984), Nu Shooz didn't have much success until their third album, Poolside (1986). It featured the bands most successful hits to date, I Can't Wait (not to be confused with Stevie Nick's song of the same name released in 1985), Point of No Return (not to be confused with the same titled song from Expose released in 1987) and Don't Let Me Be the One. 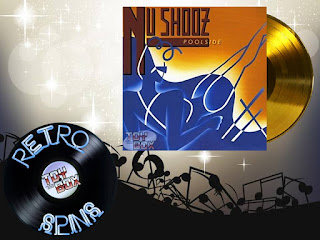 I Can't Wait has an interesting history to it. The song originally appeared on the band's 1984 album Tha's Right. Poolside's version is actually a remix the band produced while overseas. While the remixed (and more widely known) version retains the integrity of the original '84 version, it incorporates and features the memorable bouncing synthesized vocals heard predominantly throughout the track.

Overall the album plays out well. It's got a fun synth pop style to it and makes you want to tap your feet to track after track. There's actually not anything on the album I would label as "bad". However, beyond the hits, there's also nothing really memorable. The hits are hits for a reason and quite honestly you don't really need anything beyond those. As a whole, it didn't leave me with the sense of, "I've got to hear more from this band." More so, "Thanks for the hits, take care of yourself now." Cause you know, you have to at least wish people well.

Nu Shooz released one final album in the 80's (Told U So 1988) and then disappeared until 2010 when their new album Pandora's Box was released. Since then they've released two additional album. Unfortunately, none of their albums before or after 1986's Poolside garnered any hits for the band.

Click "HERE" to go back to the home page. For more posts related to this one, please click the labels below.
Posted by The Toy Box on April 30, 2019
Email ThisBlogThis!Share to TwitterShare to FacebookShare to Pinterest
Labels: 1986, 80's Album Review, 80's Music, 80's Music Review, Music of the 80's, Nu Shooz, Poolside, Retro Spins