Comic book wise, 52 was rather ambitious. It was a series which was published weekly for one year (thus the title, 52) and followed the events right after the Infinite Crisis story arc. The series became so popular that it spawned a full novelization, a full cast audiobook and these toys below. It would also eventually be collected in several volumes of trade paperbacks.

As for the figures, there were five created. The biggest complaint with the line from most collectors is one many have voiced before pertaining to any DC Direct line - The articulation. While there are several points to be found, for the buy in price you just don't get the quality you'll find in most NECA or McFarlane Toys figures. The biggest gripe I've heard pertains to Supernova, a character who can fly, but who's head is not on a ball joint to point his face forward when his body is horizontal. 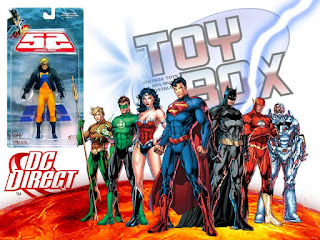 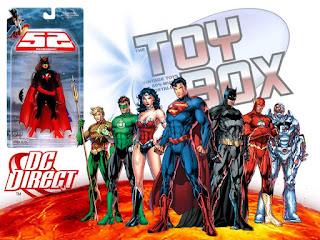 With that said, you're still going to find a fantastic assortment of figures which would otherwise never be made available through other lines. If anything, it makes for at least an option of this or nothing. 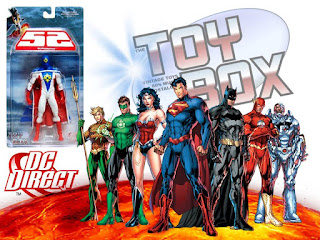 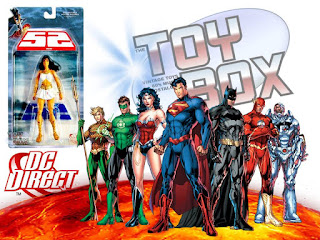 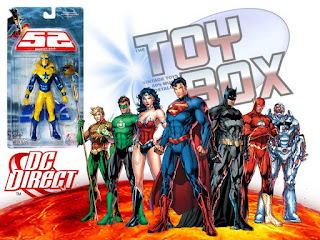 Click "HERE" to go back to the home page. For more posts related to this one, please click the labels below.
Posted by The Toy Box on April 22, 2019
Email ThisBlogThis!Share to TwitterShare to FacebookShare to Pinterest
Labels: 2000's, 52, Comic Book Toys, DC Direct