With the exception of the Willy Wonka series of books, we're honestly not to familiar with the written works of Roald Dahl. So we were actually kind of surprised when we started looking into the characters for the Funko toy line that they actually date back to 1970 when they were featured in the book of the same name. Of course, it doesn't helpt that we also haven't seen the movie.

Surprisingly, the story seems rather violent in nature for a kids book with story elements such as a fox who's tail gets blown off, a main character who kills livestock left and right for food and overall a very violent tone. It was surprising to find the film was rated PG.

Though the film was released in 2009, Funko produced this series of four figures in 2014 and with them found mild success among fans. 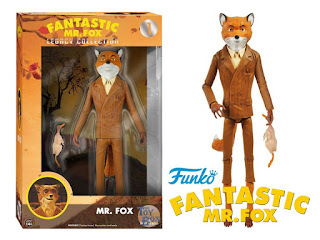 It's amazing to see the amount of detail and articulation which went into the series. Then again, Funko has always been a company with their sights locked firmly on quality. 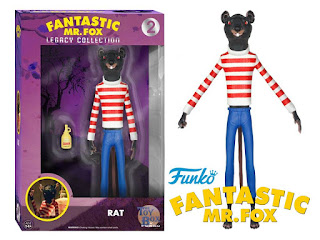 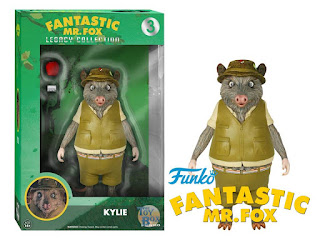 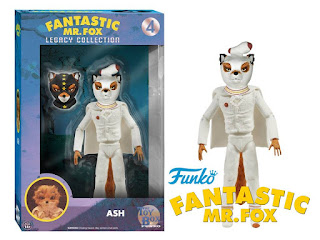 Though the figures are readily available on secondary markets, the considerable price difference between each one may shy most collectors away. Mr. Fox can cost you well over a hundred dollars. While Ash won't cost you nearly as much, you can still expect to pay about $40.00. Kylie averages out around $15.00 and Rat bottoms out the pack around $8.00. Why the drastic price difference between each one? We can't say. We would think Funko would have produced a fair amount of at least the main character from the series making him the most commonly available. If you know, drop us a line.

Click "HERE" to go back to the home page. For more posts related to this one, please click the labels below.
Posted by The Toy Box on November 12, 2018
Email ThisBlogThis!Share to TwitterShare to FacebookShare to Pinterest
Labels: 2010's, Fantastic Mr. Fox, Funko